Though it is the establishment opinion that two states will happen, those opposing it are literally executing a plan to kill it. 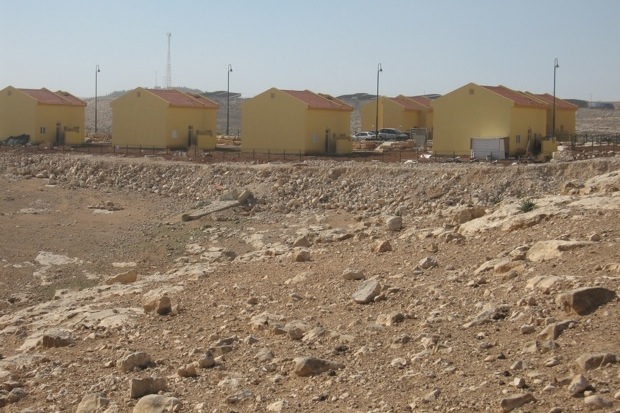 With President Obama visiting Israel, many groups are trying to get his attention so they can let the president know what they think he should do. Included within the pleas from the peace camp and the ‘Free Pollard’ camp is a document prepared by the Yesha Council titled, “Judea and Samaria – It’s Jewish, It’s Vital, It’s Realistic.”

Questions answered within this Kafkaesque document include: why the demographics are on the settlers’ side, why the Palestinians are stealing water from Israel, and what is the legal history of Israel’s settlement enterprise. Most interesting, however, is the nine-step plan that the Yesha Council has created at the end of the document to fulfill their vision.

The main tool that the Yesha Council has to achieve its vision are its political advocates in the Knesset and in the government. Their building in the West Bank happens through the good graces of the state authorities. Although the main party through which the Yesha Council operates is the Jewish Home party (Habayit Hayehudi), it also has representation in Likud and Yisrael Beiteinu, along with a scattering of MKs in some of the centrist parties. Members of their communities operate across the center and the right of the Israeli political spectrum.

The following is a list of nine steps from which can see the underlying Jewish Home strategy during the coalition talks. Additionally we can start to make sense of some of the other Knesset moves and statements by members of the settler community on the national stage.

Step 1: Renewing the strong belief in the supremacy of the Jewish claim to the Jewish Homeland and the justness of taking measures to maintain control of it

In the coalition agreement between Likud and Jewish Home was a bill to make the Jewishness of the state supreme. This is a redo of the Avi Dichter bill from the last Knesset. No one is quite sure of which version will hit the Knesset, if it gets through Tzipi Livni, but it is part of a big move to decouple the concepts of Jewish and democratic state as equal and promote the former at the expense of the latter. The motivations behind this become clear in a strategy that is tied into biblical land claims and preparing for a situation where the civil rights of millions of Palestinians are going to have to be restricted.

Step 2: Uniting the nation and its leadership

Throughout the coalition talks, Bennett was the peacemaker between Yair Lapid and Benjamin Netanyahu and has pledged to be a leader for all of Israel, not just the settlers. His party has also taken over key ministries that can affect the cost of living across Israel. Bennett has been very keen to be seen as responding to the J14 protests and be a transformative politician who can transcend the tribal politics of the moment and be one of the new leaders of Israel alongside Lapid. By also slipping in the raising of the electoral threshold into the coalition agreement, he can ride the wave of Jewish Home’s current popularity and force others from his camp to work with him if they want any representation at all. By forcing people into a broad tent he gives himself a broader appeal and solidifies himself and by extension the Yesha Council firmly into the mainstream.

Step 3: Military strength and control of the territory by the security establishment

Though many ex-military and security men veer to the left after they retire from service (just see The Gatekeepers), the new Defense Minister, Moshe Ya’alon, most definitely veers to the right and was the first choice of the settler community. Though the security establishment is pretty much entrenched in the West Bank already, Ehud Barak had been the thorn in the side of the Yesha Council. With him removed the security establishment can work in concert with the Yesha Council in helping it expand both from the Knesset and on the ground itself.

Step 4: The elimination of terror and cessation of incitement in Palestinian schools

While all Israelis want to see an end to terror and incitement, the previous government’s flat-out rejection of the State Department’s school textbook report demonstrates a complete unwillingness to examine the issue of incitement on both sides of the border. It is essential to demonize the Palestinian national narrative while maintaining that individual Palestinians are okay and stating that the settlements actually have had great relationships with the communities before the first Intifada.

Step 5: Creating a situation where it becomes clear to the international community that another state west of the Jordan River is not viable

The serious policy community is split about whether the two-state solution has already been killed by the settlements and the Yesha Council or if it is merely on life support. Needless to say, the Yesha Council is well on its way to pulling the plug. The new Deputy Foreign Minister, Ze’ev Elkin, already ascribes to this point of view. Though many advocates of one-state agree that the settlements have killed the two-state solution they do not share the Yesha Council’s vision of what a one-state solution would look like. The power and establishment will be with the Yesha Council and in doing so it will have a tremendous momentum on the ground when two-states is officially abandoned to fulfill its vision before anyone else gets a look in. Yes, Israel will lose friends and allies and there might be a brain drain that could seriously affect the economy. But I sadly have less faith that pressure will force Israel to give up its raison d’état of providing the Jewish people with self-defense and power by giving those they have been occupying full civic rights. The death of the two-state solution will mean the Yesha Council has won, and read the rest of their document to see how they view Palestinians.

Step 6: The further immigration of one million Jews to Israel to secure a permanent Jewish majority in Israel

In the coalition talks, Bennett managed to carve the Diaspora portfolio out of the Ministry of Foreign Affairs and into his own portfolio. The reason for this now becomes crystal clear, as he is desperate to get more Jews to immigrate. Bennett demanding this portfolio always seemed odd. The settlements are often the largest bone of contention between Israel and her Diaspora (amongst Jews who are engaged at least). Passing on this responsibility to the former general secretary of the Yesha Council looks on the surface to be a recipe for disaster. This step helps us understand the real consequence of why this demand was made. What will be interesting to see is how Bennett attempts to bring Diaspora Jews to Israel and how their aliyah will be tied to Step 7. Is the aim just to lock in the demographics regardless of where the Jews live or to get them to move to the West Bank and lock in the settlements? We will have to wait and see but watch to see where new job incentives will be made for new immigrants, as Bennett has the ability through Trade and Industry to create incentives where he chooses.

Step 7: One million Jews in Judea and Samaria, tripling its Jewish population

With the housing and trade ministries, Jewish Home can now start working on this. The proof will be in where the new low-income housing is built. Even if just restricted into the settlement blocs, if this plan is being followed the aim will be a massive increase in settlers. As with Step 6, we will have to see if aliyah and settlement are linked. President Bush (41) conditioned the aid to help resettle the Russian Jews on them not being housed in the West Bank. One other important step to remember is that Bennett received the public diplomacy portfolio as well. Through this he can push the settlements into the official Israeli government narrative both at home and abroad.

Step 8: The creation of large residential areas surrounding the current communities of Judea and Samaria

Housing, Trade, Knesset Finance chair – between these three portfolios and a willing defense minister, the sky is the limit for Step 8. I predict the concept of settlement blocs will expand and large scale projects will begin to be planned as expansions in key areas. Even more so then Ya’alon, Danny Danon is a particular fan of the Yesha Council and he is deputy defense minister.

Step 9: The execution of a construction, development and economic plan for the million residents of Judea and Samaria

The Jewish Home party has already indicated that it would rather release prisoners and transfer taxes to the PA than freeze settlement construction. Looking at this nine-step plan, it is easy to see why Bennett would rather give any other ‘confidence building measure’ than allow the slowing of the settler population. The one thing that the party cannot allow is a settlement freeze as it destroys the plan above.

All of this should be seen as nothing less than a strategic effort to kill the two-state solution. Keep in mind that Prime Minister Netanyahu just committed his new government to two states for two peoples in his joint press conference with President Obama on Wednesday. Looking at how this is planned out, it is clear that the only thing that could stop this from happening is freezing settlement construction. The sad fact is that a settlement freeze has already been tossed by the US administration as a failed attempt.

The Yesha Council is very open about its aims, objectives and methods. If people want to do more than pay lip service to the idea of two states, they must not only oppose the Yesha Council at every turn of this plan but offer their own step-by-step approach to how to create a two-state reality today. Though it is the establishment opinion that two states will happen, those opposing it literally are executing a plan to kill it. Those of us who wish to see it come about must equally set out a plan and today start building facts on the ground to make it so.

Joel Braunold is the Strategic Partnerships Officer for the OneVoice Movement and a senior fellow at the Alliance for Youth Movements. He is a regular contributor to Haaretz Online and to the Open Zion Blog. This article was originally published on Ottomans and Zionists blog.