There was a sense of misplaced joy on some parts of the Israeli Left as Netanyahu’s carefully crafted messaging began to unravel in the days leading up to elections. Finally, the world would see his true colors. But the same thing that keeps Netanyahu in power is the same thing that perpetuates the occupation: lack of an alternative vision. 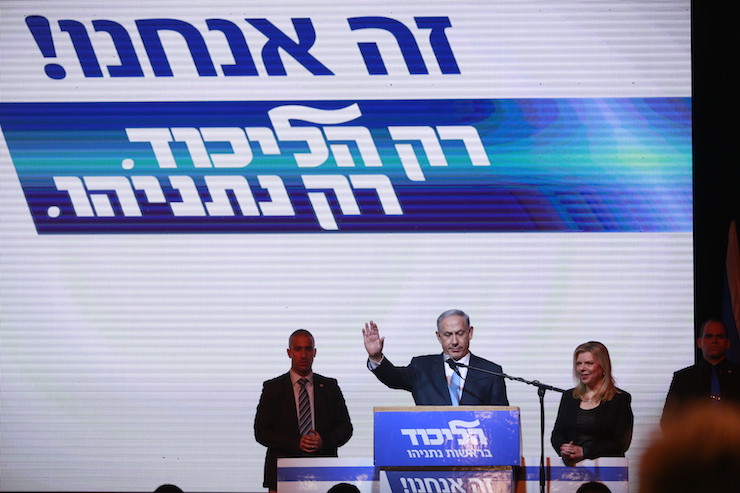 It would have been pretty tempting to write a headline along the lines of, “Netanyahu rules out two-state solution, Israel votes for him anyway.” But that would have been silly. First off, Benjamin Netanyahu didn’t support the two-state solution when he was elected six years ago — and that was following the most intense and hopeful peace talks in a decade. Secondly, the voters whom he attracted with his last-minute confession were most likely going to vote for the Jewish Home, which has been far more adamant and open about opposing Palestinian statehood.

There was a nearly tangible sense of misplaced joy on some parts of the Israeli Left as Netanyahu’s carefully crafted messaging began to unravel in the days leading up to the elections. Finally, the world would see his true colors. Finally, all those Israelis who support peace and want their society to be more egalitarian will wake up and vote Bibi out of office.

The problem with that sentiment is, the reason Bibi waited until the last minute to publicize the less palatable points of his platform is that they were not ever issues in the election. His opponents did not campaign on a platform of equality or support for the two-state solution — it was simply not on the agenda.

It would be amiss at this point to condemn the 38 percent of Israelis who voted for right-wing nationalist parties (Likud, Israel Beitenu, Jewish Home and Yahad) on Tuesday. And sure, many of them, particularly supporters of Jewish Home and Yahad, are settlers and ultra-nationalist ideologues whose views are simply incompatible with contemporary values. The main point is that Netanyahu offers mainstream Israelis stability in a scary world.

Sure, Netanyahu fear-mongers and plays up threats for electoral and political gain. But Israelis aren’t stupid. There are real threats out there. ISIS, while not synonymous with Hamas, really is only an hour’s drive away. Enough Palestinians do want to harm Israelis that “peace” feels unsafe in the current climate. A nuclear-armed Iran, whether it threatens Israel or is the catalyst for a regional arms race, is indeed a terrifying prospect. And while there are various approaches for discussing those threats, Netanyahu has found that the most politically expedient way of presenting them is apocalyptically.

The problem with those hoping to replace Netanyahu and his exaggerated world of international conspiracies, tidal waves of anti-Semitism and existential threats is that they are not providing an alternative vision. You can be a great salesman but, ultimately, if you have a crappy product you’re not going to corner the market. Even if the Left were to bring in the most trusted military general or esteemed statesman as its next candidate to challenge Netanyahu and the Right, it would still lack a vision for them to sell to voters.

Public opinion and political alliances can be moved, but you need to be selling something more attractive than “I’m not him.” Doing so is a long process, one that can take at least multiple election cycles. It requires selling a dream, and unfortunately, it is probably also predicated on life getting much worse around here. 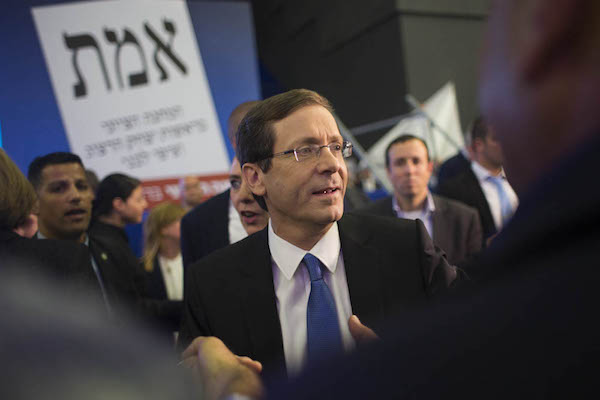 With all of its faults and threats and limitations, the status quo is comfortable for most Israelis. The State, with Netanyahu at the helm, has proven that it can hold things together — that with a little bit of sacrifice in the form of limited armed conflict every few years, Israel’s current situation is resilient. And while the social and economic reality for most Israelis leaves much to be desired and has little to offer in terms of mobility, the majority is getting by.

In such a situation, in which life is manageable and the alternative — which doesn’t really exist — is scary, why would Israelis vote for something different? Even Isaac Herzog understood that, as evidenced by his campaign’s lack of emphasis on any vision for substantive change or alternatives.

In the wake of Netanyahu’s victory on Tuesday some on the Left have argued that it is time to look outward for change, that it is clear the impetus won’t come from inside Israeli society. They are right and they are wrong.

It has long been true that in the current situation, relying on Israelis to grant the Palestinians all of the rights they deserve — either out of the goodness of their hearts, guided by some moral compass or in response to racist ideas like a “demographic threat” — is futile. A push from the international community, whether it comes in the form of carrots or sticks — likely the latter — will be necessary.

What that approach misses, and what a large majority of the Israeli Left cannot seem to grasp, is that ultimately, Israelis and Palestinians are going to have to live here together. Whether in one liberal-democratic state, two ethnic nation-states, a confederation or some other arrangement, the two societies are intertwined, both in economic terms but also in their ability to survive and thrive in such a small plot of land.

Don’t get me wrong; the occupation must end tomorrow. It is an affront to the dignity and rights of all Palestinians to suggest it can wait. But in order to reach a point where the outcome of a shared future is imaginable, let alone attainable, both peoples — but especially Israelis — need a vision. In these past elections there was not even one up for sale.

A few weeks ago I visited South Africa and on the boat back from Robben Island I found myself perplexed. How could it have been that so many people thought the subjugation, racism and systematic cruelty of Apartheid was acceptable? How was it that more whites didn’t stand up to it? At the same time, I had this uncomfortable thought in the back of my head that I do understand why more Israelis don’t stand up to the many, similar injustices of the occupation: life is stable, the alternative is scary and nobody is offering them a way out.