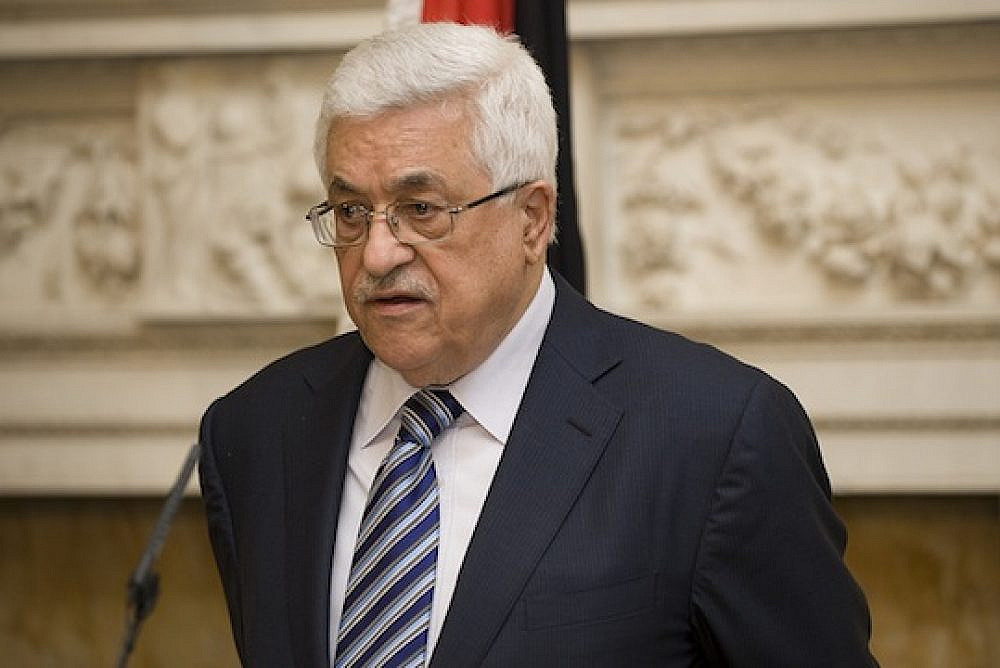 It could happen tonight or tomorrow morning. Out of nowhere, just like Ariel Sharon, Mahmoud Abbas could have a stroke and fall into a vegetative state. Unlike the case in Israel, however, Abbas has no designated successor or deputy like Ehud Olmert was for Sharon. The Palestinian Authority’s Basic Law says that such a vacancy would be automatically and temporarily filled by the speaker of the Palestinian Legislative Council, Abdel Aziz al-Dweik. But the PLC speaker belongs to Hamas and has spent a significant portion of his time in office since 2006 in administrative detention in Israeli prisons. Furthermore, due to the ongoing rivalry between Fatah and Hamas, the PLC does not truly function. Al-Dweik would probably declare himself to be the legal successor in such a case, which Fatah, not to mention Israel and a good number of Western and Arab states, would almost certainly reject.

Saeb Erekat would also likely claim the throne. Abbas recently appointed him as secretary-general of the Palestine Liberation Organization. He will claim that according to the Basic Law the PA is subordinate to the PLO. The Executive Committee is the body charged with running the organization and the secretary-general, therefore, should succeed Abbas. However, Erekat’s standing is not strong enough for that His political power today is drawn almost entirely of Abbas’s political loyalty to him. He has no power base among the security services or an extensive family network, nor does he have the aura of an imprisoned resistance fighter. Erekat does not have the electoral assets to enable himself or Fatah to emerge victorious against Hamas.

Yet others possess what Erekat lacks. Muhammad Dahlan, the former head of PA Preventive Security in Gaza, whom Abbas excommunicated from Fatah, is working hard from his new base in the UAE to preserve his political camp. Inside the West Bank others are doing the same: Jabril Rajoub, former head of the Preventive Security in the West Bank; Director of the Palestinian Intelligence Service Majid Faraj; and the West’s favorite, former prime minister Salam Fayyad. The head of Fatah’s Tanzim, Marwan Barghouti, who still pulls strings from inside Israeli prison, is by far the most popular Palestinian personality including President Abbas himself. And the political and constitutional vacuum will certainly inspire other potential candidates who want to try their luck, and there are already rumors abound of potential coalitions of candidates for the day after Abbas.

The only people making plans

As I wrote here several months ago, Abbas’s efforts to achieve Palestinian independence long ago hit a dead end and he cannot exactly take pride in his democratic credentials. The constitutional, political and personality vacuums threaten to break apart Fatah and the Palestinian Authority. It is only the fear of complete collapse that is holding the Palestinian political puzzle together. There is no unified political community holding things together, and entering that vacuum now is a young generation of Palestinians with what is being called the Intifada of the Individuals.

One might be surprised to learn that in the West and Israel, which are keeping the Palestinian Authority afloat, nobody is preparing for the day after Abbas. They are simply ignoring the worrying signs that are already manifesting. They are operating on the mistaken assumption that the status quo can persevere as long as things are held together just a little longer with a few economic good-will gestures and the promise of a peace process that is never going to lead to independence. In other words, the vacuum is not only engulfing and consuming the Palestinian political realm, it is also blinding the institutions that keep the PA alive.

On the other hand, there are those who do want to prepare for an alternate future. On the Palestinian side, it’s entirely reasonable to assume that Hamas is doing just that.

On the Israeli side, right-wing politicians and activists are also making plans. They are discussing how to exploit the chaos on the day after Abbas in order to replace the Palestinian Authority with a set of autonomous municipalities in the West Bank. That idea was first broached by the radical Right inside the establishment, and there are signs that these days it is being weighed by senior members of the Israeli government — that is, entirely doing away with Areas A, B and C, and the Oslo Accords. Instead, they envision creating expanded municipalities of Greater Nablus and Greater Ramallah. Each municipality would operate independently of one another and that’s how the Israeli Right plans to stop the Palestinian march toward statehood. Separating each municipality would be significant expanses of land that would be annexed by neighboring Israeli settlements.

The move would be justified by security concerns and would be presented as temporary. If the Palestinians rise up against the move, it would only strengthen the Israeli security argument. The occupation, which also began as a temporary step in 1967, has survived for nearly 50 years and if anything is only becoming more deeply entrenched. Why wouldn’t the new situation last for just as long? Considering the weakness of the Palestinian establishment, the makeup of the current Israeli government, and the diversion of world attention from Palestine to Syria, the Israeli Right has good reason to think its plan could indeed be implemented.

It is an optimistic plan that seeks to roll back time, back to the first decade of the occupation. At the time, Israel ruled the West Bank and Gaza Strip vis-à-vis local mayors and rejected their proposals to create a national leadership that would include representatives from East Jerusalem. Any hopes that situation might last, however, were shot down within a few years. In 1976, the Palestinian Liberation Organization won municipal elections in key cities. The villages association that Israel created at the end of the 1970s in order to chip away at the municipalities’ power had failed, as did efforts to destroy the PLO in the First Lebanon War.

The solidification of Palestinian nationalism in the First Intifada and much more so since the Oslo Accords, is a processes everybody knows and understands today. So the idea that destroying the Palestinian political system will also destroy aspirations for independence, or that such aspirations can be suppressed with force, is simply delusional. It is a fact that there is near demographic parity of Jews and Arabs between the river and the sea. It is a fact that Israeli settlements are multiplying and penetrate deep into Palestinian territory. It is a fact that the Israeli government is putting an emphasis on the state’s Jewishness and is isolating and disenfranchising its Palestinian citizens. Implementing the Right’s plan will lead to the Balkanization of Israel-Palestine — and we all remember what happened when Yugoslavia broke apart.

In order to save us all from that future we need an alternative plan: preparing for parliamentary and presidential Palestinian elections. After the precedents that were set by the elections of 1996 and 2006, any successor to Mahmoud Abbas will need the legitimacy of elections — certainly in a political system as fractured and divided as the current situation in the Palestinian Authority. Furthermore, elections are one way of mending the body politic that has broken to bits in the Abbas years.

And even if the elections are held within the framework of the Oslo Accords, a series of obstacles could still stand in their way. The participation of Hamas will likely not be accepted by Israel, the United States and Europe, but is critical for forming a Palestinian political system and bestowing legitimacy upon Abbas’s successor. The current Israeli government will probably also object to the inclusion of Palestinians in East Jerusalem. And if Marwan Barghouti decides to run for the presidency from inside an Israeli prison, there is a good chance he would win. Such an outcome would present Israel with no small political and diplomatic problem.

The pre-condition for holding elections in the post-Abbas era is Palestinian agreement on the rules of the game. Agreements between Fatah and Hamas about elections have been reached in principle a number of times as part of reconciliation talks but none of those agreements was ever realized due to narrow political interests and pressure against Hamas’s participation from the United States, Europe, and Israel.