Both countries have a sickness, an addiction of the collective. 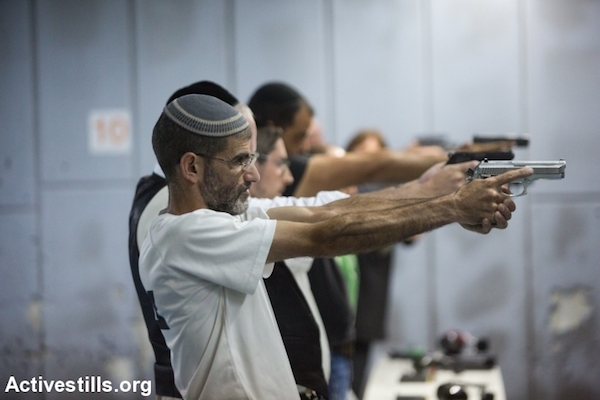 When something shatters our ceiling of horrible things, you want to think we’ve hit rock bottom. The only shred of hope after a mass shooting is that the slaughter of innocents will finally stun people into seeing how America has gone mad on guns. Maybe this time the human pain will cause warring factions will pull together to reach the only logical, if not perfect, answer: Take away the outright murder machines, and make it harder to get “regular” guns.  The geese and deer can wait a few more weeks to be killed.

For me, that moment was Newtown. No one can be aloof to the butchery of babies, I thought. In religious terms, god gave humanity the mother of all signs.

The data is indisputable. The more guns per capita, the more gun deaths per capita. Outsiders cannot understand how America weeps, yet resists the most obvious way to reduce its torment. Since Newtown there have been nine more mass-death shootings. Or 1,000 more, depending on how you define them.

The answer is that America is addicted to guns. It is the albatross of the country, an addiction of the collective. Guns are killing more Americans than heroin. They kill roughly twice the number of cocaine overdose deaths annually. Yet with the victims still gasping, we croak out “more guns, more guns.”

Addiction means denying that guns are a problem.

Addiction means that America invents fantastical reasons justifying its habit. How many crocodiles kill humans in the US each year? Actually, just one. About 155 people die of all animal attacks. Even if fewer guns doubles the number of raging animal deaths, it won’t approach the 20-30,000 annual gun deaths. The sport of hunting? If you must. But some weapons that are currently legal won’t leave much of the deer to take home.

The argument that armed civilians are an antidote to mass shooters is absurd. I couldn’t find any reports on mass shooters brought down that way. One wacko right-wing site cites an FBI report showing that five out of 160 mass shootings were curtailed by armed civilians – but apparently people did a better job without guns: four times as many were stopped by unarmed individuals. Out of the five armed “civilians,” four were actually security guards. Still some Americans say that more guns for regular people will do what more guns do not do already.

The country refuses to evolve from its 18th century fears of an invasive government. After two and a half centuries of democracy, isn’t it time to give up the siege mentality?

Finally, America’s political system is hermetically closed to change. There is consistently high bipartisan public support for greater regulation. But the rhetoric is so feverish, interest groups so strong, that the government ignores its own public.

Denying the problem, inventing, exaggerating or manipulating reasons to stay addicted, expansion of the problem instead of contraction, leadership trembling at the thought of electoral risk … something feels familiar.

Israel has an albatross. It is addicted to its conflict and no logic can penetrate. When there is violence, Israel uses force and avoids negotiations. In the late 2000s, when there was a lull in violence, there was no urgency to resolve it. Israel’s reach into the West Bank grows, deepening the quagmire. When Cast Lead happened in 2009, with enormous civilian destruction, it felt like a new line had been crossed. Nothing, we thought, could be worse than that. Surely we’ll be shocked into a change of direction.

Then another war. We adjust. Then another. Whole families were bombed, three generations at a time. Hospitals and schools, children on a beach, nearly half a million displaced. Each one breaks new ground of desensitization. The civilian casualties of one Gaza war are similar to the casualties of Sabra and Shatilla, which rocked Israel’s soul. Surely this will crack the status quo mentality, I think, again and again. And each time, Israel gives itself the same answer: the conflict isn’t the problem. It’s their people, not our politics.

We exacerbate the conditions that lead to rage: Gaza under siege. More restrictions on movement, no more hope for political independence or equality.

Under these conditions, the “bad guys” who may have embraced violence under any conditions have the most fertile possible environment and willing accomplices who simply have no life to look forward to. That perpetuates the violence, which perpetuates the logic for perpetuating military rule.

Israeli leaders and people talk of the security risk of political resolution, on the twisted logic that an imperfect security situation is a reason to do nothing; just like Americans saying that real sickos will find a way to get guns, so better let everyone have them. Yes, some people will never kick heroin; that’s no reason to let everyone have it.

Finally, like pro-gun Americans, many Israelis stake their national identity and existence on the occupation. If we “make concessions,” secular hard liners fear existential military destruction (despite its vastly superior military power). In the religious argument, sacrificing land promised by god will destroy the Jewish nation (which didn’t happen after 2000  years of living far away from that land).

America and Israel are so symbiotic. Perhaps by looking in the mirror at our best friend, the reflection can show us something going wrong that we can’t see ourselves.