While Israel suppresses Palestinians from the outside, the Palestinian Authority is tightening its grip and control of political expression in the media, the streets, and even in mosques — all of which is a gift to the occupation. 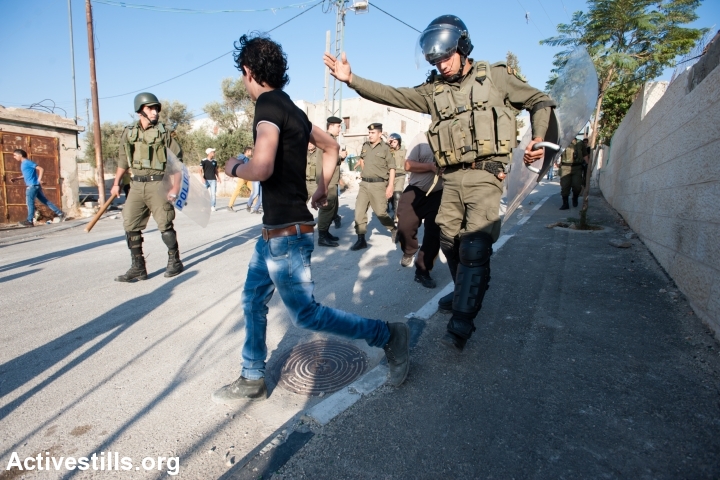 These events follow ongoing arrests and detentions, by the PA and its president  against young voices that are critical of the Palestinian government or supportive of Hamas, as documented by Human Rights Watch.

The bill for these security forces reached $1 billion of of the Fatah-led government’s $3.8 billion budget in 2014, or an estimated 28-37 percent of the national budget, based on even higher estimates from other sources, according to Al-Monitor. By contrast, just .01 percent of the budget went to the Ministry of Culture.

So much of the Palestinian political effort is directed against the Israeli military occupation that we often neglect urgent problems of Palestinian governance. Like the Israeli occupation, governance in Palestine, and increasingly in the West Bank, is characterized by authoritarianism in the name of the national liberation struggle.

The main features of this tendency include the PA’s governmental corruption, political arrests and detentions, and consequently, political silencing. These deepen public mistrust and advance perceptions among Palestinians that the PA is an obstacle to liberty and independence, which in turn increases the popularity of Islamic organizations; recent polls showed Hamas gaining ground in the West Bank.

The attraction to Hamas as the representative of political Islam has always been largely due to political mistrust or even disgust with the Palestinian leadership. It’s clear why: the Palestinian government does not rise to the minimum standards of good governance, due to corruption, misuse of foreign aid for political interests and poor distribution of resources.

The growing despair among Palestinians that a stable political resolution to the conflict is possible, combined with turmoil over political and religious identities in the Arab world , has expanded the audience and attraction of Palestinian Islamic factions such as Hamas and Hizb at-Tahrir (the party of liberation). Israeli officials exacerbated this trend by provoking religious dimensions of the conflict in 2015.

The Palestinian Authority, which governs in the West Bank, could have coordinated with civil society and liberal and democratic forces – a dwindling minority – in order to challenge radicalism.

Instead, in 2014 the Palestinian president appointed Mahmoud al-Habbash, well known for his Islamic radical views, as supreme Shari’ah judge, advisor and minister of religious affairs, giving him administrative power to supervise mosques and religious institutions for political purposes.

In the past, mosques in the West Bank often fell under the influence of Hamas, until Fatah had Hamas imams removed, insisting that there should be no politics in the mosque. In fact, Fatah now seeks to advance its political agenda through mosques in the same way, through figures like Habbash.

Since Hamas, the PA’s bitter political rival, still controls local mosques in Gaza, the PA’s main goal in appointing Habbash appears to be intimidating Hamas in West Bank mosques and not, as it declared, to keep political interests out of mosques.

Through this move, the PA shunned the needs of the Palestinian society as a whole. It is directly and indirectly suppressing a minority of independent thinkers, leftists and atheists critical of the PA’s appointed officials. Those critics have been walled off from political participation by the methods cited earlier.

The PA thus crushes the independent social forces advocating liberal and democratic values in Palestinian life, while turning a blind eye to the rising popularity of radical Islamic factions who aspire to an Islamic state or caliphate.

But the PA is playing a dangerous game. By cracking down on basic human rights of the desperate Palestinian people, particularly their right to freedom of expression and a free media, as well as their right to protest structural corruption and to choose their political loyalties, the PA is driving them away, draining all legitimacy or governing authority.

At the same time, the PA is exhausting all of its resources to maintain its highly circumscribed power within ‘Area A’, while the Israeli occupation continues to undermine any remaining authority outside its semi-autonomous urban centers. These factors advance the collapse not only of a specific government, but of the whole Palestinian state project.

When Palestinians give up on the idea of building a state, there is little to stop the descent into generalized violence and radicalism. That would be the greatest possible gift to the occupier.

Furat Awadallah is a Palestinian living in Sweden. He is a former volunteer coordinator at an implementing partner (Refugee Rights Association) of UNHCR in Northern Cyprus, where he also completed his BA in international relations.