The Palestinian leadership realized the sham of the Oslo Accords, and is moving on

If any proof was necessary to understand Palestinians must leave the old paths and strike their own way, the response of Finance Minister Steinitz to the reconciliation between Hamas and Fatah provided it. Steinitz announced (Hebrew) he is withholding transferring of tax funds to the Palestinian Authority – taxes which are collected by Israel for the Palestinians, which it is beholden to provide – as a protest. This isn’t the first time Israel uses this schtick, of stealing Palestinian funds and then holding to ransom; it managed to annoy even George W. Bush.

What does Steinitz say? He says Israel has a veto over Palestinian politics. He says Avigdor Liberman may serve as a foreign minister in Israel, and that Israel’s science minister may award prizes to leading Jewish Brotherhood leader Shmuel Eliahu – but that what is allowed for Israelis, is forbidden for Palestinians. Their government may contain only people acceptable to Israel, or, to use a less pleasant term, whose collaboration is certain, assuming enough pressure is applied.

And where do the leaders of Israel take this authority from? Ask them, and they’ll point to the Oslo Accords. Once you understand that, the Palestinian policy becomes clear: Ending the façade of the “peace process.” In the coming September, they’ll push the Oslo Accords six feet under, and gain recognition of their independence from a large majority of the world.

That this September will mark 18 years to the Oslo Accords is not accident. These documents, in which so much hope was vested, served, when all is said and done, as a regulation tool of the third phase of Israeli occupation, the one following the first Intifada. The accords said not a word about the evacuation of settlements – or, for that matter, about the creation of a Palestinian state. These matters were to be negotiated.

18 years later, the number of settlers in the West Bank more than doubled, and no one seriously considers their evacuation. The government is unwilling and the military is the settlers’ collaborator, providing automatic security services for each outpost. Yesterday, the government informed the Supreme Court (Hebrew) it will not demolish the house of the family of Eliraz Peretz, built on stolen private Palestinian land, because he was killed while fighting the Palestinians as a soldier, and it’s a well known legal precept that the blood of the bandit cleanses the theft retrospectively. While it was at it, the government further informed the courts it will also legalize outposts built on “state lands”, i.e. confiscated Palestinian lands. All of this, of course, happens because the Israeli government is so worried about the fate of the peace process.

The reconciliation between Fatah and Hamas is also derived, of course, from the earthquake shaking the Arab world. Neither leader wants to finish his days as a Mubarak. The Palestinian public wants unity, and it shall have it, or at least a façade thereof. This is not a good time to piss off your population. The agreement between the factions also speaks about elections, to be held within a year, which will legitimize the newly elected leadership.

It seems pointless to waste words on the Israeli doublespeak: On one hand, a hypocritical complaint from Liberman saying that as long as the Palestinians lack unity, there is no point in carrying on the “peace process” (which he has already described as DOA); on the other, hysterics from Netanyahu about the reconciliation; on the one hand, Israeli claims – correct, as far as they go – that, in the absence of elections, there is no legitimate Palestinian government; on the other, opposing any elections. It is pointless to waste words on Israeli officials; yet some must be dedicated to Shimon Peres.

Our dear president attacked (Hebrew) his Palestinian colleague, Abbas, and said reconciliation was a “fatal error” which will “prevent the creation of a Palestinian state.” As if a Palestinian state was some prize awarded obedient children and denied from others; as if the right of existence of both Israel and Palestine is not intertwined in each other, and in the same UN declaration of 29 November 1947; as if the Palestinian president was Peres’ vassal.

Judging by a recent report (Hebrew), Shimon Peres has already given up on settlement evacuation, and thinks legal mumbo-jumbo on “1967 territories” versus “1967 lines” – which means the dismembering of the future Palestinian state into Bantustans which no longer pretend to be anything but – is what we’ll save us.

A talking point of the Israeli right wing – a good one, admittedly – is asking why was Arafat’s peace prize not withdrawn. Peres’ latest statements remind us that he was the main conspirator in the 1956 Sinai invasion; The person who created the Israeli nuclear project while ignoring international treaties; Who started Operation Grapes of Wrath in Lebanon – which culminated in the Qana massacre – in order to stir his sagging election campaign in 1996. One wonders when the same question would be directed at Arafat’s prize partner.

Palestinian PM Salam Fayad has already announced the Palestinians will continue towards reconciliation, regardless of whether Steinitz will transfer the funds or not. And that’s how it should be. Israel’s double game, its hand rattling a sword while its mouth sings hymns of peace, must be stopped. Hopefully this is what will happen in September: A Palestinian state will come into being, 63 years too late. And maybe – one may hope – with this historical process behind them, Palestinians will stop taking victimizing lessons from Israelis, and begin the much harder project, which Abbas has termed “the great jihad”: The rebuilding of a civil Palestinian state. 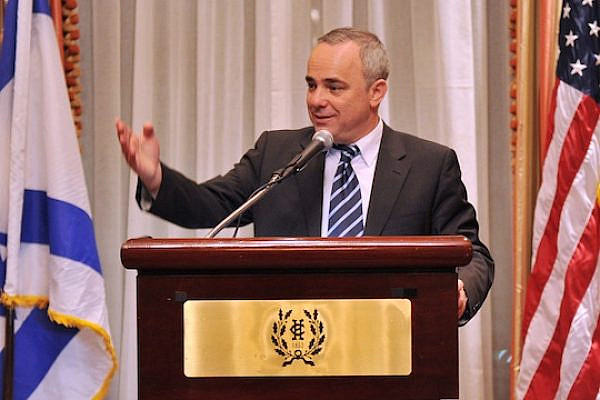 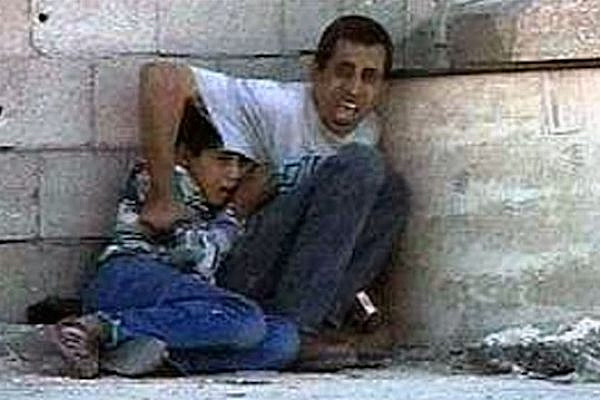 Children in the crosshairs: Lessons from the al-Dura affair
The continued discussion of the almost 13-year-old Al-Dura affair reflects the current Israeli government’s inability to conduct serious and impartial investigations into violations of Palestinian rights. On Wednesday, Philippe Karsenty, a French media analyst, was convicted of defamation for accusing a French television network of orchestrating video footage of the famous shooting of 12-year-old Mohammad al-Dura in…
By Brad Parker June 28, 2013 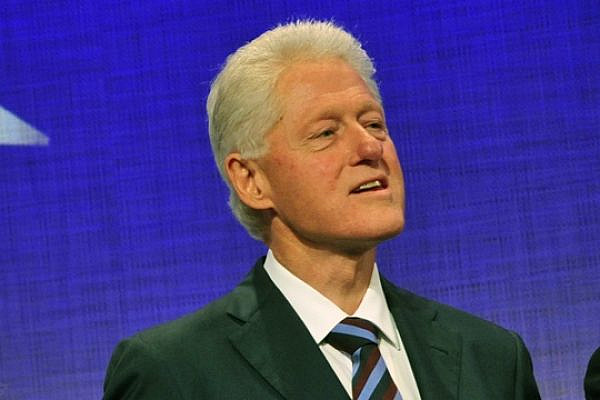