For over a century, liberal Zionists have attempted to reconcile universal humanism with Zionist nationalism. A review of two prominent thinkers who failed.

The prospect of impending doom facing Liberal Zionism has been raised time and again in recent months, from the inane apologetics of Ari Shavit to the more sophisticated discussions of Jonathan Freedland in the NY Review of Books and Roger Cohen in the New York Times, culminating with the highly critical approach of Antony Lerman, also in the Times.

While the war in Gaza played a role in this wave of lamentation, it is in no way a new phenomenon. In fact, it has been a feature of discussions in the Zionist movement from its inception, forcing Liberal adherents to choose, at times of crisis, between their universal values and ethnic political loyalties. Historically, dropping the Liberal component has been the most common response to such dilemma, with only a few dissidents opting rather to abandon Zionism.

The core arguments used in such debates have changed little over the years. It would be instructive here to look at one movement, the epitome of Liberal Zionism in its time. Brit Shalom, which operated between 1925 and 1933 and was known for its advocacy of bi-nationalism, experienced tensions between its broad Liberal principles and the narrow demands of the Zionist project. These were captured in particular in the work of its founder, Arthur Ruppin, known as “the father of Jewish settlement.” He was torn between his Labor Zionist allies, who regarded Brit Shalom as “delusional,” and his radical colleagues who called for a representative government in Palestine, in line with universal democratic values but against the wishes of the Zionist leadership. 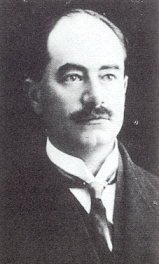 Ruppin’s concerns, expressed in his diaries from the late 1920s/early 1930s, stemmed from the “very serious contradictions of interest between the Jews and the Arabs.” It was impossible to reconcile “free immigration and free economic and cultural development” for Jews – the essential conditions for Zionism – with the interests of Arab residents of Palestine: “any place where we buy land and settle people on it, of necessity requires that the current cultivators be removed from it, be they owners or tenants.” Further, although the principle of Hebrew Labor was “in accordance with our national interests,” it “deprives the Arabs of the wages they used to earn.” Therefore, it became impossible to “convince the Arabs rationally that our interests are compatible.” Given a chance, the Arabs as a majority in the country “would take advantage of the rights guaranteed to them by the constitution to prevent any economic advancement of the Jewish minority,” thereby “putting an end to the Zionist movement.”

Ruppin’s dilemma intensified at times of acute conflict – following the 1929 riots. Violent clashes between mutually exclusive nationalist visions led him to distance himself from Brit Shalom and its bi-nationalism. His conclusion was stark: “we must recognise that in our entire history of relations with the Arabs we have not made an effort to find a formula that will satisfy not only the essential interests of the Jews but also the essential interests of the Arabs.” Paradoxically, this meant: “What we can get (from the Arabs) – we do not need, and what we need – we cannot get. At most, what the Arabs are willing to give us is rights of a Jewish national minority in an Arab state, similar to the rights of [minority] nationalities in Eastern Europe.”

The problem in that, he continued, was that minority rights could not be guaranteed:

The fate of the Jewish minority in Palestine will forever depend on the good will of the Arab majority holding power. Such an arrangement definitely will not satisfy Eastern European Jews who are the majority of Zionists; on the contrary, this would diminish their enthusiasm for Zionism and Palestine. A Zionism willing to reach such a compromise with the Arabs [making Jews a permanent minority in the country] will lose the support of Jews in Eastern Europe and will quickly become Zionism without Zionists.

What could be done then? In Ruppin’s view, using language that echoes all the way to the present:

No negotiations with the Arabs at present will allow progress, since the Arabs still hope to be able to get rid of us … it is not negotiations but the development of Palestine to increase our share in the population, and to strengthen our economic power, that might lead to reduction of tensions. When time comes and the Arabs realize that they are not called upon to grant us something we do not have already, but to recognize reality as it is – the weight of facts on the ground will lead to reduced tensions … It may be a bitter truth, but it is The Truth.

Ruppin’s words from 1936 illustrate the logic of creating ‘facts on the ground’ and building an “Iron Wall” (in Jabotinsky’s infamous words) to deter Arab opposition, a logic that continues to shape Israeli policy today. But, it is important to realize, not all Liberal activists moved in the same direction. A contrary example was that of Hans Kohn, who broke off with the Zionist movement and eventually left Brit Shalom following the 1929 uprising.

Kohn identified with Zionism as a “moral-cum-spiritual movement” that was compatible with his pacifist and anti-imperialist position. It became increasingly difficult for him to sustain this approach alongside the official Zionist line. The uprising of 1929, he said in private correspondence, was carried out by Arabs, who “perpetrated all the barbaric acts that are characteristic of a colonial revolt.” But, they were motivated by a deep cause:

We have been in Palestine for 12 years [since the Balfour Declaration of 1917] without having even once made a serious attempt at seeking through negotiations the consent of the indigenous people. We have been relying exclusively upon Great Britain’s military might. We have set ourselves goals which by their very nature had to lead to conflict with Arabs. We ought to have recognized that these goals would be the cause, the just cause, of a national uprising against us.

This attitude meant that: “for 12 years we pretended that the Arabs did not exist and were glad when we were not reminded of their existence. Without the consent of local Arabs, Jewish existence in Palestine could become possible only, “first with British aid and then later with the help of our own bayonets … But by that time we will not be able to do without the bayonets. The means will have determined the goal. Jewish Palestine will no longer have anything of that Zion for which I once put myself on the line.”

Kohn’s main concern was the development of Zionism into “the militant-reactionary wing of Judaism.” His colleagues, Kohn felt, were unwilling to take a decisive step in line with their values that would lead them away from Zionist practices, such as the “immeasurable barbarity” of evicting tenants from their land, led by people such as Ruppin. Instead, Brit Shalom formulated lofty peace proposals disconnected from concrete reality and bypassed the real issues. This, it “enveloped itself in a cloud of naivety” with no public impact. Under these circumstances, Kohn saw no point in continuing his membership of the movement.

Ruppin and Kohn offered opposite solutions to the same dilemma: the difficulty of reconciling universal humanism with Zionist nationalism. When crisis erupted, Ruppin chose nationalism while Kohn chose universalism. Other Liberal activists continued to believe there was no inherent contradiction between the two sets of principles, but their impact dwindled. Although they formulated a solid conceptual alternative to mainstream state-oriented Zionism, they failed to reach out beyond limited Jewish intellectual circles and did not gain any Arab support. Why? A number of reasons can be suggested:

Before 1948,  Liberal Zionists worked among the one segment of the Jewish people least willing to support integration. Jews happy to live together with non-Jews as equals, or uninterested in political sovereignty, stayed in their home countries or moved to other destinations that allowed them to live long and prosper without worrying about politics and nationalism, such as the U.S. or Argentina. On practical grounds, the Liberal Zionist case in Palestine was undermined further by the absence of an equivalent force among the Arab population. Many Jews regarded it as offering unilateral concessions that were not reciprocated, and thus were pointless.

Why, then, was it not reciprocated? The Palestinian Arab leadership rejected the compromises offered by Liberal Zionists because it feared that any concessions to the legitimacy of Jewish political presence in the country would undermine its own negotiating position, without curbing the forward expansion of the Jewish settlement project. This was the case since the Liberals were a minority in the Jewish community: agreements with them were not binding on the dominant forces in the Zionist movement, who continued to pursue their own agenda.

In addition, nothing was more fatal for the willingness of Jews to make concessions than the sense that Arab hostility would continue unabated regardless of political compromises. In particular, armed attacks against local integrated communities, as happened in 1929 in Hebron and Safed, reinforced internal Jewish solidarity, undermined dissent, and created a militant and militarist atmosphere that made the prospect of fruitful political dialogues increasingly remote.

Perhaps most crucially in retrospect, the responses of the one side shaped those of the other. Nationalists could embark on their own course of action unilaterally, but Liberals could not. Potential Arab partners responded not only to what Liberal Zionists said or did, but also – perhaps primarily – to what the leading forces on the Jewish side said and did. This reinforced the Liberals’ structural disadvantage: the dominant trends in both nationalist camps collaborated, so to speak, in making the environment increasingly polarised. This benefited those on either side who urged unilateral action and weakened those who argued for mutual consideration.

How these factors continue to shape the fate of Liberal Zionism today will be discussed in a follow-up article.

Ran Greenstein is an associate professor at the University of the Witwatersrand, Johannesburg. His book, Zionism and its Discontents: A Century of Radical Dissent in Israel/Palestine, will be published by Pluto Press, UK, in October 2014.