Whether or not Israel faces consequences for his diplomatic strong-arming, the Israeli prime minister will have accomplished the only two things that matter to him: trying one last time to kill an Iran nuclear deal and convincing Israeli voters that he is the only one who knows how to ensure their survival. 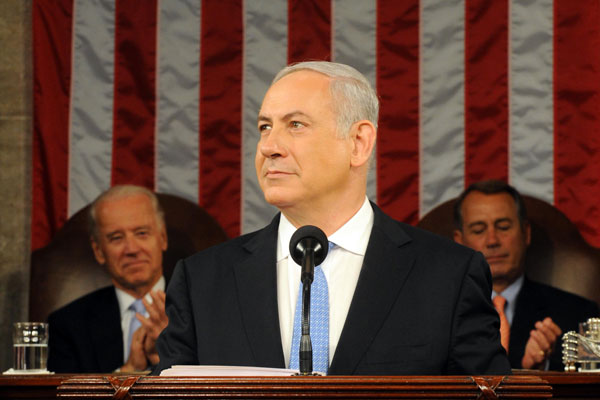 Israeli Prime Minister Benjamin Netanyahu’s maneuver to give a pre-election speech to a joint session of Congress is politically brilliant. Within the bounds of his political considerations, Netanyahu can’t lose, even if the political blowback and diplomatic consequences continue to snowball.

It’s easy to forget but there is only one issue that Netanyahu truly cares about, one to which everything else — from the Palestinian peace process to free trade deals to domestic social and societal issues to diplomatic relations — takes a back seat: Iran.

The prime minister fashions himself the savior of the Jewish people and in his mind, the number one threat to the survival of his people is the Islamic Republic of Iran. That attitude endears him to a significant portion of the Israeli electorate — even if he’s inadequate in every other realm of political interest. He sows fear about the crazy people in Tehran and then positions himself as the only person crazy enough to stop them.

He is the strongman. He foresees danger. He will not be stopped by anything.

And that’s the image that he will strengthen by going to Congress and giving the most impassioned speech he’s ever given about the dangers of Iran’s nuclear program and U.S. President Obama’s naïveté for negotiating with “the Ayatollahs.”

Netanyahu’s stubborn and undiplomatic efforts to derail American-led nuclear talks with Iran by coopting the Republican Congress perfectly fits the image he so carefully fosters back home, especially if he faces consequences for it — that he will burn every bridge he has to cross if it means saving the Jewish people.

And if it doesn’t work?

Even if Netanyahu doesn’t manage to stop an already unlikely P5+1 deal with Iran, even if he can’t secure sanctions that bring us closer to war, he will still have won. Netanyahu will have rallied the Republican Party around his cause. That same Republican Party will be his ally for the next two years, especially as it readies itself to become the most formidable obstacle to Obama’s foreign policy, specifically vis-à-vis Iran and Israel. 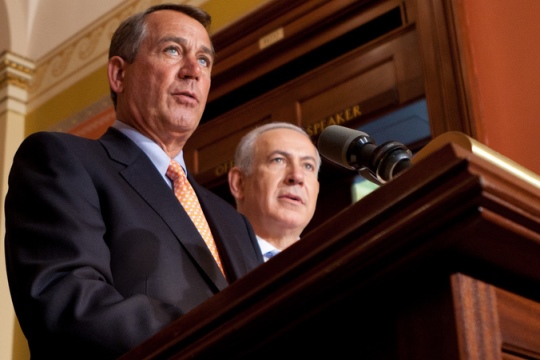 And what about insulting the White House and State Department and harming the most important diplomatic relationship Israel has? Won’t that seriously endanger Netanyahu’s country and its international standing?

The Israeli prime minister has no long game. Ties with the White House are not strategic to him, they are tactical and his goals are limited.

Netanyahu once bragged about knowing how to manipulate the American political system in his favor. “I know what America is. America is a thing you can move very easily, move it in the right direction. They won’t get in our way,” he said.

He has to try. He has to show his voters that he’s doing everything in his power to stop the apocalypse of which he so consistently forewarns.

The progressive pro-Israel Left in Washington is urging the Israeli prime minister to delay his speech until after Israeli elections. That won’t happen. What happens after the elections doesn’t matter to Netanyahu — the only things that matter are showing that he did everything in his power to stop a “bad Iran deal” and getting himself re-elected.

Even if he isn’t reelected, nobody ever truly retires from Israeli politics — and this stunt would be the perfect foundation for a comeback campaign.

Related:
Netanyahu isn’t the only one using int’l influence for election gains
[WATCH ]Street Talk: Things are bad, but still voting Bibi
What do you call a politician who promises more war?

Read this post in Hebrew here on our sister site, Local Call.