In Israel the question of whether Hezbollah is a terrorist group or an army boils down to the racist idea that Arabs do not have the right to defend themselves. Even asking is considered treasonous. 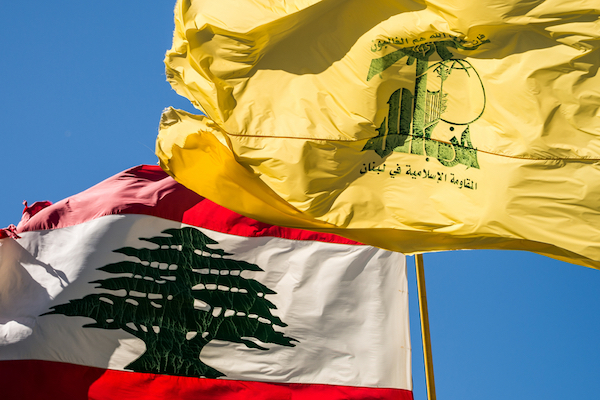 A Lebanese and Hezbollah flag fly side by side. (Illustrative photo by John Grummitt / Shutterstock.com)

The announcement gave the Israeli media another chance to join the merriment of incitement and lies hurled at the political leadership of Palestinian citizens of Israel and depict them yet again as parties of Israel-hating terrorists out for Jewish blood. This is the same Israeli media that, whenever it comes to “security” issues, behaves less like democracy’s watchdog and more like the Israeli army spokesperson’s fan club.

As a result, in its coverage of the Hezbollah issue the Israeli media intentionally failed at its duty to report the political, historical and factual context of that condemnation.  Deeper familiarity with such context might expose the reason this is not support for terrorism. It might even justify the observation that Hezbollah is a significant Arab army.

The right to self defense

In order to understand why the political leadership of Palestinian citizens of Israel does not view Hezbollah as a terrorist organization, we must first rid ourselves of one of the unspoken conventions of internal Zionist political discourse and ask ourselves a simple question: do Israel’s Arab neighbors — be they Palestinians, Lebanese or others — have the moral right to defend themselves against Israeli (and American) military aggression?

The only answer in the Israeli political consensus is such an unequivocal negative that merely posing the question is considered treasonous. According to the same political consensus, Israel has the supreme moral right to behave in the Middle East like a thuggish child behaves in a playground, and the moral obligation of the neighboring Arab peoples is to suffer quietly from Israel’s attacks and not raise any military entity that might deter Israeli aggression and defend the lives and land of the Arab peoples.

Most of the Arabs in the world at large, and in Israel in particular, however, do not share this basic racist assumption. For them, Arabs are human in the fullest sense of the word, and they have a right to defend themselves no less than any other human being. 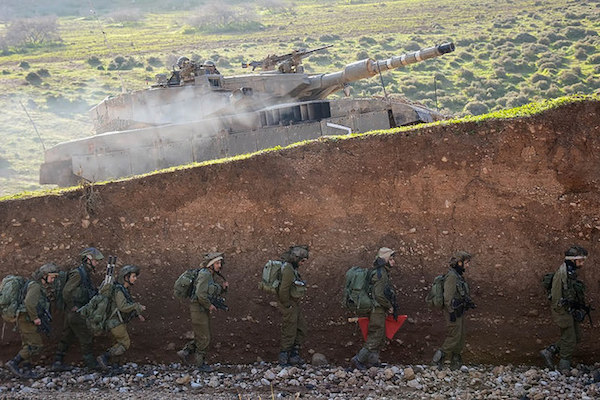 Note that the last Israeli invasion of Lebanon in 2006, which once again destroyed the southern part of the country and left behind 1,400 dead Lebanese citizens, was Israel’s fifth invasion of the “Land of the Cedars.” Israel’s most deadly invasion of Lebanon began in 1982, left over 20,000 Lebanese and Palestinians dead, and continued as an 18-year-long occupation of its south.

That invasion, which was actually a meticulously planned military operation that sat waiting in the desk drawer of then-defense minister Ariel Sharon, was thought up in order to forcibly silence the PLO leadership, which was based in Lebanon at the time and was pestering the Israeli regime with its insistent demand to sit down for negotiations.

The weak excuse for which the Begin government waited in order to carry out the invasion came in the form of an attempted assassination of Israeli ambassador Shlomo Argov by activists of the Abu Nidal Organization. Though the identity of those responsible for the assassination was known immediately to be Abu Nidal activists rather than PLO, and although the PLO leadership had issued a death warrant against Abu Nidal years before, the Israeli government decided to carry out the planned attack against Lebanon anyway. Or as the Israeli chief of general staff at the time Rafael Eitan put it: “Abu Nidal Abu Shmidal, we have to screw the PLO!”

Note that at the time of the Israeli invasion of Lebanon in 1982, Hezbollah as an organization was still in its diapers. Only after no few years of Israeli occupation in southern Lebanon did it establish itself as the main guerilla force fighting the Israeli occupation and eventually brought about Israel’s retreat from that area.

Since the end of the Israeli occupation of southern Lebanon in May 2000 and to the present, except for the lethal invasion in 2006, UNIFIL forces have documented thousands of Israeli violations of the Lebanese border, on an almost daily basis, a fact that simply doesn’t exist as far as the Israeli media is concerned.

An army, not a guerilla force

If we set aside for a moment the racist basic assumptions of Zionist political discourse, and look at things from the perspective of Arabs who refuse to take their racial inferiority for granted, there is no escaping the realization that if any people on earth deserves its right to self-defense against Israeli aggression, it is the Lebanese people (along with the Palestinians, of course).

And here the question arises, if the Lebanese people have a right to defend themselves and deter Israel from perpetrating a sixth invasion, who then has the military capacity to take this role upon themselves? The Lebanese army is out of the question: it is hopelessly weak and busy trying to prevent the Syrian civil war from sliding into Lebanon. Furthermore, that army is suffused along its entire chain of command with pro-American officers.

As Haaretz commentator Amos Harel remarked last week, Hezbollah of 2016 is no longer a small sophisticated guerrilla organization, but rather a real military force positioned along Israel’s northern border and threatening to sow much destruction in the north of the country if Israel decides to launch another military adventure into Lebanon.

As a resident of the North, I certainly pray Israel ceases its series of provocations aiming to drag this organization into yet another military clash, for as Harel writes: “It is doubtful the average citizen has digested what the officers understand – that any additional war in the north will cost the IDF many losses, that the mass of rockets Hezbollah will fire into communities along the border will require a partial evacuation of inhabitants and that missile damage to the center of the country will be far worse than what we experienced in the previous wars in Lebanon and the Gaza Strip.”

Lilach Ben-David is a transgender and feminist activist based in Haifa. Read this article in Hebrew on Local Call. Translated from Hebrew by Tal Haran.