The flip side of Israel’s need for heroes created in uniform, weapon in hand, is the urge to preserve the ideals associated with them and to shield them from criticism — the ramifications of which have become disturbingly clear in the case of Elor Azaria. 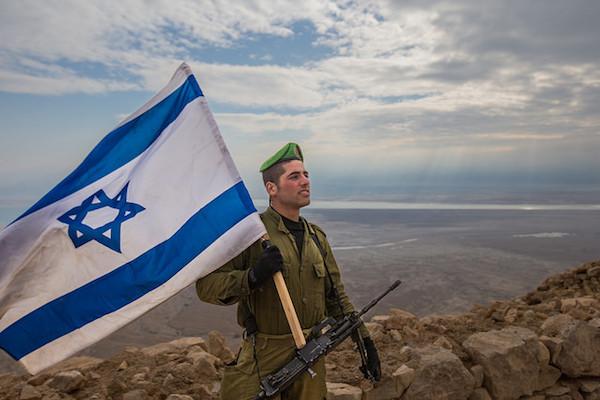 A soldier from the Nahal Infantry Brigade at the end of a training exercise in the Negev, Israel, February 16, 2015. (Evan Lang & Adi James Brown, IDF Spokesperson’s Unit/CC 2.0)

“A nation without heroes is a house without doors.” So says the grotesque, dictatorial general in Gabriel Garcia Marquez’s “Autumn of the Patriarch,” after affording equal posthumous honors to several army officers who die in quick succession, no matter whether they were killed in a tragic accident or as a result of their own depraved activities.

The idea that national heroes form a structural part of any state has suffused Israel since its founding. The narrative of the pre-state years and the country’s early decades — at least the version most Israelis tell themselves — is essentially a sequence of military battles whose (Jewish/Israeli) participants are almost uniformly considered heroes, and the term “Gibor Yisrael” (“hero of Israel”), which is mostly reserved for military men, is an intrinsic part of the national lexicon. (It’s worth pointing out that the word “gibor” comes from the same root as “gever,” man, giving heroism a fixed undercurrent of masculinity.)

Narratives feed into national memory, which itself informs national identity. In Israel, then, members of pre-state militias and army generals are memorialized via countless street names and monuments throughout the country, while also collectively forming the image in which Israel has molded itself.

It goes without saying that the concept of national heroes is not in of itself troublesome, as much as that canon in most Western countries remains dominated by white, straight, cis males. The key is context, and in Israel the context is problematic — not just because heroism is so readily associated with men’s military exploits, but also because that definition of it is so tightly bound up with Israel’s sense of the best version of itself. The uniform dictates the worth of the person inside it, not the other way around, and in this regard Israel’s relationship with its army takes on the character of religious devotion.

The notion of active military duty as the ultimate patriotic ideal is serviced by Israel’s politics, media, judicial system and academy. But as I wrote on this site a year ago, the idea that an army, which is an inherently violent institution, should form the template for norms of good character and moral standing is deeply problematic. Although there is such a thing as a just war, violence and warfare are not in of themselves heroic, and participation in either should not be considered the pinnacle of civic duty, as it so often is in Israel.

Moreover, this tethering of heroism to military exploits does more than just afford violence a respect it doesn’t deserve. It also means that a man’s military service gets rolled out as an a priori sign of good character when questions over his personal behavior arise.

Thus, for example, was the term “Gibor Yisrael” deployed when the first sexual assault allegations surrounding then-senior IDF officer Ofek Buchris surfaced in March 2015. Buchris, who was suspected of rape, sodomy and other sexual offenses, initially enjoyed the backing of numerous IDF officers and soldiers who referred to him as a “hero” and the “embodiment of the IDF’s moral code.” A Facebook page calling to support “Ofek Buchris, hero of Israel” has nearly 10,000 followers, and remains active — even after Buchris has admitted to some sexual offenses following his initial blanket denials (the charge of rape was dropped as part of a plea bargain, and Buchris will not receive a jail sentence).

Rehavam Ze’evi, a former IDF officer and veteran of the 1948 war, has also benefited from his status as a son of the nation, albeit posthumously. Ze’evi, who was assassinated by Palestinians in 2001, was a virulently anti-Arab racist who founded an ultra-nationalist political party in the late 1980s that called for the total expulsion of Palestinians from the West Bank and Gaza Strip. But this did not bar him from entering the official national memory as a hero of Israel, with streets named after him and a law passed that ensured millions of shekels would be spent on preserving his memory.

And Ze’evi’s good name continues to be protected by his formal legacy: an annual Knesset memorial event in his honor went ahead last November, despite the revelation a few months earlier of a string of historical rape and sexual assault allegations against him, broadcast on an investigative TV show in Israel. Many lawmakers stayed away, but Prime Minister Benjamin Netanyahu urged people to focus on Re’evi’s “great love for the land of Israel,” while President Reuven Rivlin cited his “achievements in defending the country.”

Buchris and Ze’evi typify one kind of whitewashing that the hero status engenders, wherein any discussion of a person’s characteristics and behaviors defers to their military legacy. But there’s another type of whitewashing that occurs in Israel, which serves to redeem actions on the field of battle, rather than off it.

This is a far more sensitive affair, because it goes to the heart of how Israel’s heroes are created — on the frontline, in uniform, weapon in hand. It also speaks more directly to the need for heroes, the need to preserve the ideals we associate with them, and the need to shield both those things from criticism. After all, where do we turn to for conviction and inspiration if our icons turn out to be false idols, and moreover as a result of the very acts we lionize them for? 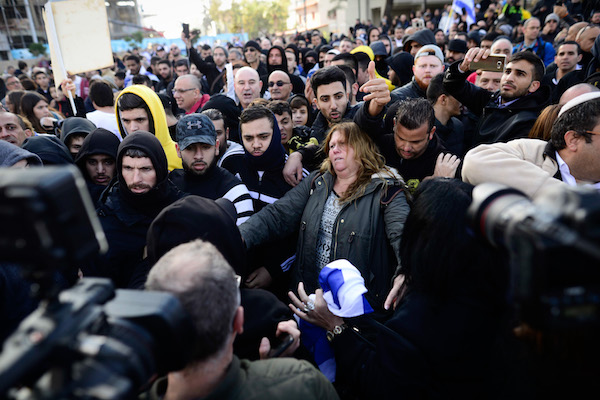 Just how horrendously wrong this approach can go has been grimly illustrated by the affair involving Elor Azaria, the IDF soldier who executed a wounded and disarmed Palestinian attacker in Hebron last March, and was caught on video doing so. Despite the swift condemnation of the IDF’s top brass, a number of high profile right-wing Israeli politicians were of the opinion that he had done the right thing and should never have been arrested, and an alarmingly broad coalition of lawmakers called for clemency in the wake of Azaria’s manslaughter conviction last week.

Yet the most disturbing reaction of all came from the Israeli public: people overwhelmingly supported Azaria’s actions, and several sections of society consider him a national hero who has been let down by the upper echelons of the army (right-wing protesters outside Azaria’s verdict hearing chanted about IDF Chief of Staff Gadi Eisenkot going the same way as Yitzhak Rabin).

The Hebron shooting came during the intense period of violence that characterized late 2015 and early 2016 in Israel-Palestine, when Israeli newspapers were filled with glowing profiles of soldiers and police officers who had shot dead a Palestinian attacker (alleged or actual). Fresh national heroes were being minted on a daily basis, elevated to the pantheon by virtue of pulling the trigger and hitting the target.

Azaria, too, would likely have enjoyed a similar fate had he not been caught on camera, and had he not come from a low-income Mizrahi background, the significance of which my colleague Edo Konrad unpacked here. Despite the verdict of the court, however, for the people Azaria remains a patriotic hero, a “Gibor Yisrael.”

But Azaria himself is not the problem. He is a symptom of a much broader ailment in Israeli society: that its army, despite ethnic cleansing and occupation, despite atrocities and daily brutal repression, continues to hold the monopoly over who is and isn’t considered a national hero. When these are the doors Israel has built its house around, it is difficult to counter Netanyahu’s assertion that Israel will “forever live by the sword.”

BECOME A MEMBER
More About militarism in Israel 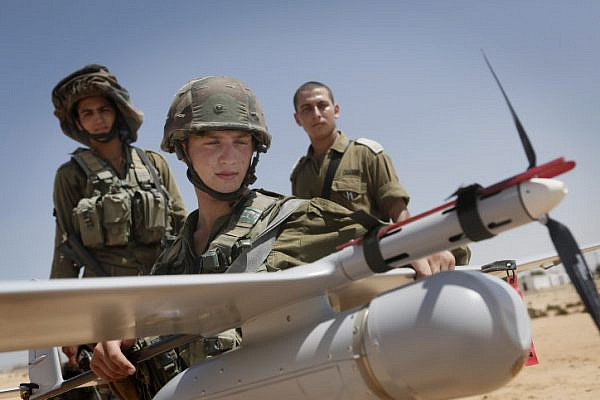 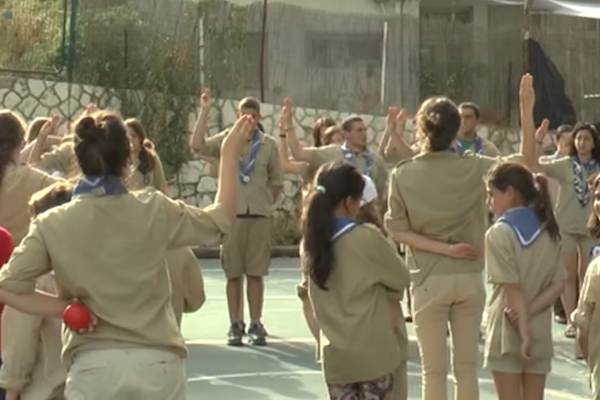