Could Israeli soldiers have arrested, instead of killed a young knife-yielding woman in Hebron? And what will happen to those soldiers if it turns out they shot when they didn’t need to?

A young Palestinian woman was shot dead by Israeli soldiers in the occupied city of Hebron Tuesday morning, hours before the Jewish holiday of Yom Kippur and the Muslim holiday of Eid al-Adha.

As usual, there are — at least — two conflicting narratives. There are also a number of details everyone agrees on.

Hadeel al-Hashlamon arrived at the “Shoter” checkpoint in the West Bank city of Hebron Tuesday morning. She set off a metal detector and soldiers started yelling at her in Hebrew.

Here is where the narratives diverge. According to Palestinian witnesses who spoke with the press, she did not understand the commands being yelled by the soldiers, froze and pulled out her bag for inspection. Soldiers then shot toward her, striking her in the lower and upper body.

Israeli military spokespeople told reporters that Hashlamon pulled a knife out of her bag and did not respond to soldier’s commands, and moved toward them with the knife before they shot her. The army supplied media outlets with photos of a knife on the ground, purported to be the one held by Hashlamon.

Let’s assume that she had a knife. Attempted stabbings are no rare occurrence at West Bank checkpoints.

And although no footage of the shooting itself has been released (the military most likely has surveillance footage of the incident), there are a few things we do know about what went down.

In photos of the incident, in which two soldiers can be seen with their guns trained on Hashlamon, there is a distance of at least a couple of meters and a metal barrier separating between her and the soldiers. Photos and video of Hashlamon’s body after she was shot show that she was behind the metal barrier at the time the soldiers shot her. 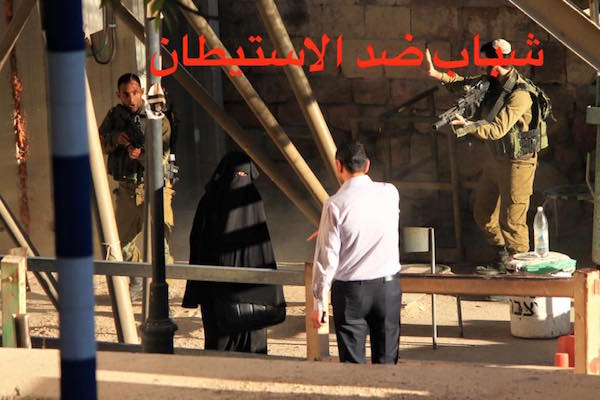 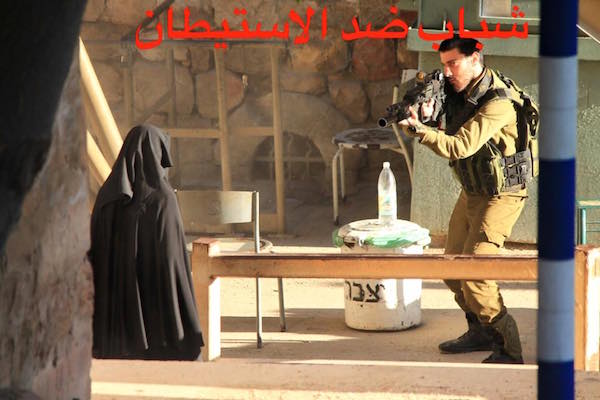 Why were multiple M16 rounds necessary to stop a young knife-wielding woman meters away behind a metal barrier?

One might even ask why combat soldiers with assault rifles, instead of say, police with Tasers and batons and pistols, are manning a checkpoint for civilians in the center of a city. (Ironically, the checkpoint’s name, “Hashoter” actually means policeman in Hebrew.)

And herein lies the problem with sending combat soldiers who don’t speak the local language to police a civilian population. Even with the most sensitive rules of engagement, soldiers are trained first and foremost to kill people, not defuse complex situations and safely make arrests.

It’s acceptable in Israel to send soldiers to rule over a Palestinian civilian population because Palestinian lives do not matter to the Israeli establishment. Just how cheap Palestinian blood is can be seen in the extraordinarily rare punishments given to the young men and women who spill it.

The chance is virtually nil that these soldiers will face any punishment even if it turns out they shot when they didn’t need to, or if they violated regulations in a way that unnecessarily caused Ms. Hashlamon’s death.

To better understand the impunity Israeli soldiers have when it comes to killing Palestinians, read our License to Kill series here on +972 Magazine.

The day after the killing, Palestinian residents of Hebron held a protest with photos of the Israeli soldier aiming his weapon at Hashlamon and demanding an international protection force to protect them from the Israeli army. 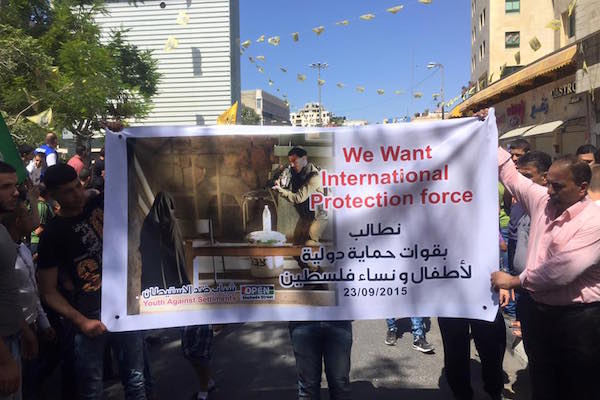 Palestinians protesting in Hebron demanding an international protection force against the Israeli army. The banner shows a photo of an Israeli soldier aiming his weapon at Hadeel al-Hashlamon moments before shooting her to death. The army claims she threatened soldiers with a knife. Palestinians claim she did not pose an immediate threat to the soldiers. (Photo courtesy of Youth Against Settlements)