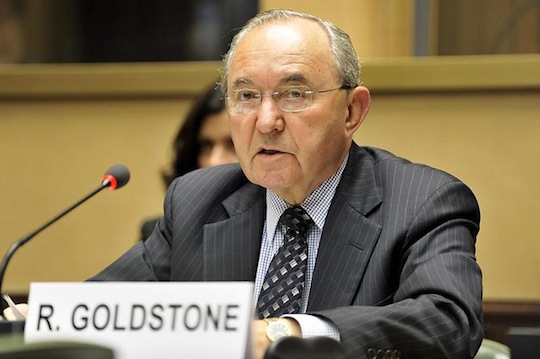 There is now a ceasefire between Hamas and Israel, thank God. The senseless military operation initiated by a blundering Israeli overreaction, and resulting in death, destruction, and fear in civilian populations, was only the latest in a series of such operations. And an examination of the ceasefire “understandings,” virtually identical with those after Cast Lead, shows that Israel’s over-arching strategy in assassinating Chief of Staff  Jabari was of the “We’ve-got-to-DO-something” variety. It is unlikely that the ceasefire will hold, but it is sufficient to worry later about future troubles, as the saying goes.

How did Pillar of Defense differ from Cast Lead? Less indiscriminate shelling; no press blackout; the leaflets to the Gazans telling them to leave their homes about to be destroyed gave routes to the nearest shelter. Of course, this was cold comfort, seeing as the nearest shelter was already overcrowded. In fact, CNN allowed us to see one family moving from school shelter to school shelter until they get could find a classroom for their clan. No white phosphorous, either.Without the Goldstone Report, the civilian casualties and the destruction of property “for the sake of deterrence” would have been higher.

This is not to say that war crimes were not committed by both sides, and I hope that the human rights agencies will investigate these  and issue their reports.

Judge Richard Goldstone was vilified, first by the Israelis and their supporters, and then by the supporters of the Palestinians, who misread his so-called “retraction.” No person is above criticism, of course, and reasonable people often disagree. But Judge Goldstone, and those who worked with him, and above all, the Israeli human rights organizations that provided him with data, both directly or indirectly, and who were also vilified by the Israeli government, should take satisfaction in the numbers of lives they saved.