The Israeli Right has offered up legislation to deal with stone throwing, supported new settlements, and at times even championed annexation. The result has only led to a worsening security situation. 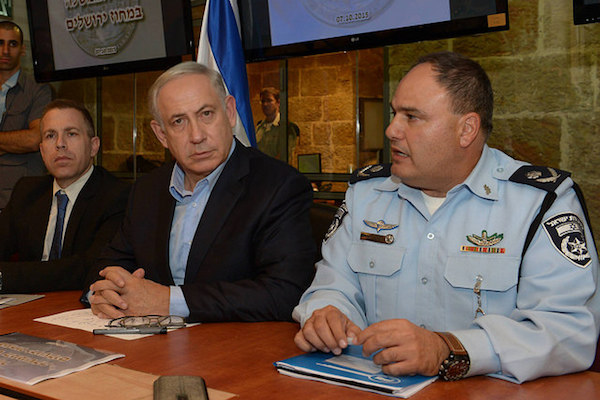 In the thick of a wave of violence between Israelis and Palestinians, Israelis are either looking backwards to figure out how we got here, or forward to see if tomorrow things will get worse. And tomorrow looks like a mystery; the Israeli media treats Palestinian violence like the autumn rains that began this week — it  comes and goes arbitrarily.

But what about the longer-term future? Is there any chance for a policy shift? After three wars in Gaza, nothing there fundamentally changed. Regarding the West Bank, several main policy approaches have emerged in recent days: from the broad left, the far right, and the prime minister, who reflects the mainstream right wing in Israel today.

The Israeli Left calls half-heartedly for a negotiated two-state solution. But there is a feeling in the air that they must apologize or keep silent for the special crime of believing that ending military rule through a negotiated political framework could reduce violence. Their voice is stifled, because at moments like these, Israelis view a two-state solution as a prize for violence, or at the very least, a generous concession Palestinians do not deserve.

The left’s all-but discredited approach hardly matters anyway, since it has no political power. The two streams of right-wing thinking are those that will determine Israeli policy now and for the foreseeable future.

The prime minister, as usual, indicates no overall vision regarding the future of the conflict. Instead, Netanyahu used his press conference on Thursday to insist that the current violence is not caused by settlements (or by extension, the occupation). He scoffed that the attackers inside the Green Line “just want to destroy.” He talked about protecting the security of Israeli citizens; nary a word about the long term. It is fair to conclude that there will be no change in his no-policy approach.

The response of the further-right — settlers and certain members of the Jewish Home party and Likud — involves several themes.

Get tough. Many demand a crackdown, as if Israel has been soft until now. Over the summer, Israel passed legislation stipulating sentences of 10-20 years’ prison time for different types of stone throwers. Now the security cabinet has decided to make it easier to shoot people who throw stones. House demolitions are back in use. Leaders have called on citizens with a gun license, the Jewish ones, to carry their weapons, encouraging them to be “ready” — generally understood as an instruction to shoot.  There is an atmosphere of increased legitimacy for killing attackers, which is understandable in the case of stopping an attack in the moment — but encourages light trigger-fingers against suspected and potential attackers, too. 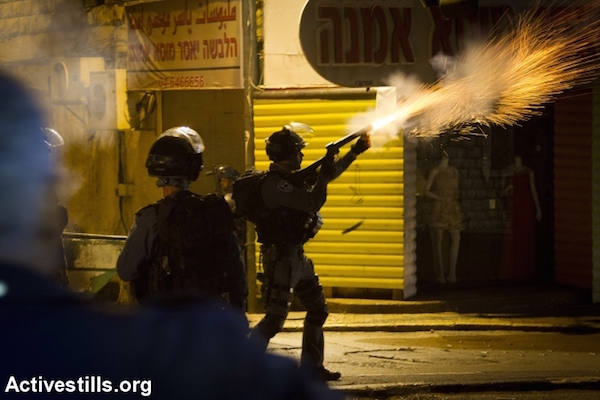 I include these measures in an analysis of future policy because they will last long after the current cycle of violence is over. Should there be no other significant change, this is what people, particularly Palestinians, will feel most until the next escalation.

Build. There has been a floodgate of demand for settlement construction, from government ministers, settler leaders, and ordinary citizens. Some have used the opportunity to say settlements should be expanded in all situations, not only as a response to violence.

Annex. The term “window of opportunity” appears repeatedly in the right-wing press lately, among those who advocate annexing the entire West Bank. Noting that it is increasingly acceptable to consider extending Israeli sovereignty over the West Bank, Shlomit Goldin Halevy wrote in the right-wing outlet Arutz 7:, “After 48 years, we can say it out loud.”

Also in Arutz 7, Yehudit Katzover laid out his detailed plan for annexation: Palestinian civil autonomy in concentrated urban areas, with Israeli-supervised education and policing. “Arabs” will be given “the right to ask” for citizenship, which will be granted only under strict conditions such as loyalty declarations that will be tested every few years, “like in the U.S. and other advanced countries.” Never mind that a routine loyalty check-up for fully naturalized immigrants in the U.S. is nonsense; anyway, Palestinians aren’t immigrants.

But not only are private citizens talking about annexation. During the UN General Assembly, Israeli Deputy Foreign Minister Tzipi Hotovely told CNN that Israel should annex the whole of Area C, 60 percent of the West Bank under full Israeli military control.

What is notable is that the right-wing responses represent continuity, not change. For a number of years, political status quo has been the norm. Legislation for harsher measures against stone throwers was advanced about a year ago, and numerous  Palestinian stone-throwers or demonstrators have been wounded or killed outright — including at least half a dozen in Gaza on Friday. Settlement construction or claiming land for future settlements, usually in strategic locations to link existing settlements or break up Palestinian contiguity is routine. And creeping annexation of Area C has already accelerated in recent years, both under the radar and openly. In the absence of a vision, these represent Israel’s policy. The result is a worsening security situation.

There are of course two sides to the violence: Palestinians have also attacked Israeli civilians in recent days, unjustifiable under any circumstances.

As for Israel, it can continue to look at the outburst of violence like the weather. But we now know that even the weather is affected by human behavior.