The birth and growth of an utterly baseless, extremely damaging claim.

If you Google “Gazans celebrate Boston Marathon bombings” or variations of that entry, you will have your reading cut out for you. Such a scene was reported by Pamela Gellar, possibly America’s best-known Muslim-basher, on her website Atlas Shrugs. The story was headlined “DANCING IN THE STREETS OF GAZA OVER BOSTON BOMBINGS,” and carried the intro, “End US aid to these savages. Now.”

Such a spectacle in Gaza was also mentioned in a column by Ruthie Blum in the English-language website of Sheldon Adelson’s Israel Hayom, this country’s most widely-circulated newspaper:

This is the same Hamas that runs Gaza, the terrorist enclave that celebrated last week’s bombings in Boston by cheering, dancing in the streets and handing out cake and candy to passersby. It was like 9/11 all over again, and the residents of Gaza were rejoicing.

Another of America’s most prominent Islamophobes, David Horowitz, carried the story on his Frontpagemag.com in a column by Ari Lieberman:

On April 16, Palestinians in Gaza cheered. They danced in the streets and handed out candy and sweets to motorists and pedestrians alike. They were not however celebrating the inauguration of a new school or the completion of a hospital. Instead, they were celebrating death. On April 16, Palestinians of Gaza celebrated the Boston marathon atrocity. While our first responders were picking up severed limbs and tending to the wounded, Palestinians reveled in Boston’s misery.

The spectacle of Gazans dancing in the street and handing out sweets after the Boston Marathon bombings was reported as well in the website of The Jewish Press, an Orthodox paper that bills itself as “America’s largest independent Jewish weekly.”

Likewise, the tale was repeated on all sorts of far-right pro-Israel/anti-Muslim blogs, on YouTube, on Twitter. By now, it is no doubt an article of faith among this crowd that Gaza was jubilant over the massacre in Boston.

Where did they get this idea? From going through the links posted, the origin was a story written on the day of the bombing by Israel News Agency, a right-wing pro-Israel website run by Joel Leyden, a long-time New York Jewish immigrant to Israel who describes himself on the site as a “journalist, media consultant, social media and SEO [search engine optimization] pioneer working with both the Israel Defense Forces and the US Army in Haiti.”

Datelined Jerusalem, the story is headlined “Hamas, Islamic Jihad, Hezbollah Celebrate Boston Terror Attack.” It shows a photo of a boy handing out pastries to a smiling man in a car. The photographer isn’t identified, and the caption is somewhat less than precise and verifiable, though it does at least acknowledge that the photo was NOT taken after the Marathon bombing. It reads: “The above photo was taken after a recent terror attack.”

Everything the story has to say about the reaction in Gaza is contained in the opening sentence, which leads a long story about the bombings:

Shortly after terror bombs exploded and murdered at least three people at the Boston Marathon, members of Hamas, Islamic Jihad and Hezbollah were reported to be dancing in the streets of Gaza, handing out candies to passerbys.

The story says the celebrations “were reported.” By whom? It doesn’t say. No news agency with journalists in Gaza reported such sights and sounds, and since Israelis aren’t allowed into the Strip, I was interested to know where Leyden (whom I met 25 years ago, and who is a Facebook friend of mine) got this information. I asked him on FB, and he wrote back that he got it from “security sources.” Whatever.

So until further notice, it appears that the words “were reported” constitute the complete body of evidence that Palestinians in Gaza celebrated the Boston Marathon bombing, as first “reported” by Israel News Agency and circulated as fact by Pamela Gellar, Israel Hayom, David Horowitz’s website and many, many other pro-Israel/anti-Muslim mass media.

Not that it will matter, though; the great crowds of people who want to believe this story will keep on repeating it.

NOTE: This post has been corrected to show that Israel News Agency is run by Joel Leyden and not by the pro-settler radio station Arutz Sheva (whose English-language website Israel National News, not surprisingly, also picked up Israel News Agency’s “scoop”).

Before you go…
A lot of work goes into creating articles like the one you just read. +972 Magazine is nonprofit journalism, owned by many of our writers, editors, and journalists. In order to safeguard that independent voice, we are proud to count you, our readers, as our most important supporters. With your support, we can keep +972 Magazine a strong, independent, and sustainable force helping push the global discourse on Israel/Palestine.
DONATE
More About Israeli right wing 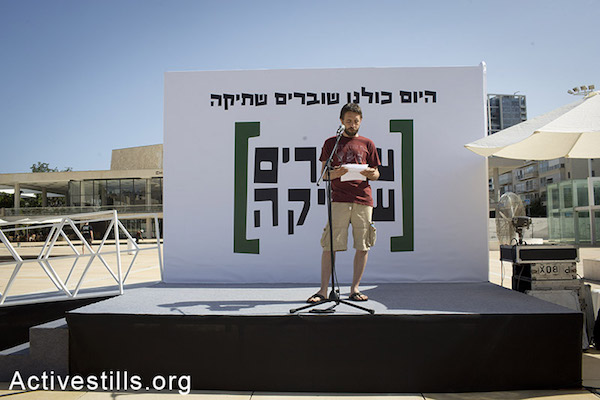 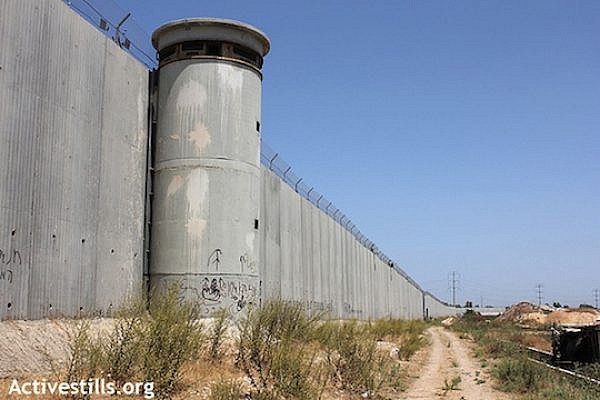 Rightists say bring down the Wall, leftists say let’s keep it
Noted right-wingers call to demolish the separation wall. True, they are driven by a desire for annexation, but the Left finds itself in an unseemly position – defending one of the great injustices of the occupation in the name of the distant prospect of two states.  Former Defense Minister Moshe Arens yesterday told Ma’ariv he thinks the…
By Dimi Reider April 11, 2013 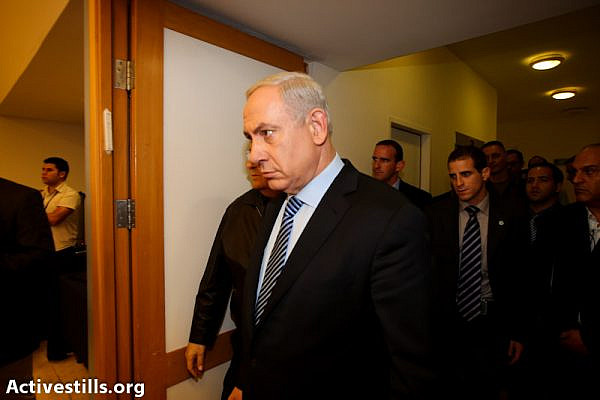 The post-Netanyahu era starts tomorrow
Bibi will be the lamest of ducks in his next and last term as PM. Hold the applause, though – what’s rising up to take his place is worse.  If, as expected tomorrow, Likud-Yisrael Beiteinu gets in the low-30s in Knesset seats, this election will mark the beginning of the post-Netanyahu era. Bibi will remain as…
By Larry Derfner January 21, 2013