Jerusalem Post’s deputy editor wants Jews to put Israel before the interests of their own country, while Daily Beast’s Eli Lake demands that Israelis stay out of the debate on Israel 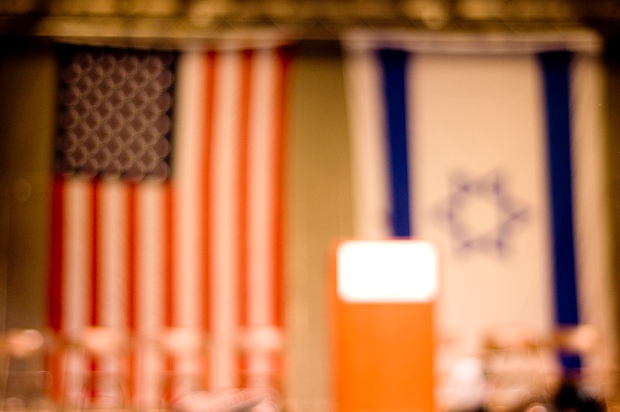 There is a heated debate going on in the US regarding the application of the term “Israeli Firster,” meaning a person who puts Israel’s interest before those of his own country. Some people argue that the term itself is anti-Semitic; the Israeli right, on the other hand, explicitly expects Jews to be loyal to Israel first and foremost, even if it means confronting their own society.

Caroline B. Glick, the Jerusalem Post’s deputy editor, has published what could only be described as a handbook for dual loyalty, appropriately titled “The Zionist imperative.” Money quote is at the end (my emphasis):

We must hope that world Jewry will recognize today that the fate of the Jewish people in Israel and throughout the world is indivisible and rally to Israel’s side whatever the social cost of doing so.

It is worth reading the entire text; Glick’s basic argument is that any criticism of Zionism or of Israel is anti-Semitism and that the only legitimate political stance of Jews is unquestioning support of Israeli policies and actions, regardless of the nature of these actions, and no matter what the circumstances are. American born Glick, the editor of the US-funded satirical site Latma has good ties with the American right, so don’t be surprised to hear leading neo-cons and other republicans coming out with the same messages.

One of the best and most cool-headed pieces in this debate was published this weekend in Haaretz by +972’s Mairav Zonszein.

“Israel-firster” is admittedly a deliberately crude response, but use of the term should be understood within the context of decades of American Jewish right-wing rhetoric that has largely silenced dissent on Israeli policies by discrediting those who dare to criticize Israel. Calling rightists “Israel firsters” is not nearly as belligerent and certainly not as preposterous as labeling J Street “anti-Israel” and Thomas L. Friedman an anti-Semite.

Still, as if to show how irrational the entire conversation became, the Daily Beast’s Eli Lake responded to Mairav with this hyperbolic statement:

@EliLake The “Israel firster” debate has nothing to do with Israelis. They should stay out of it. This piece is an embarrassment bit.ly/xXGqt6

We have clearly reached a strange moment when the gatekeepers of the debate on Israel in the US don’t even allow Israelis themselves to take part. Makes one wonder what could possible be next.