As long as Israelis deny, distort and repress the expulsion of over 750,000 Palestinians, we will never truly accept and absorb the end of the occupation. 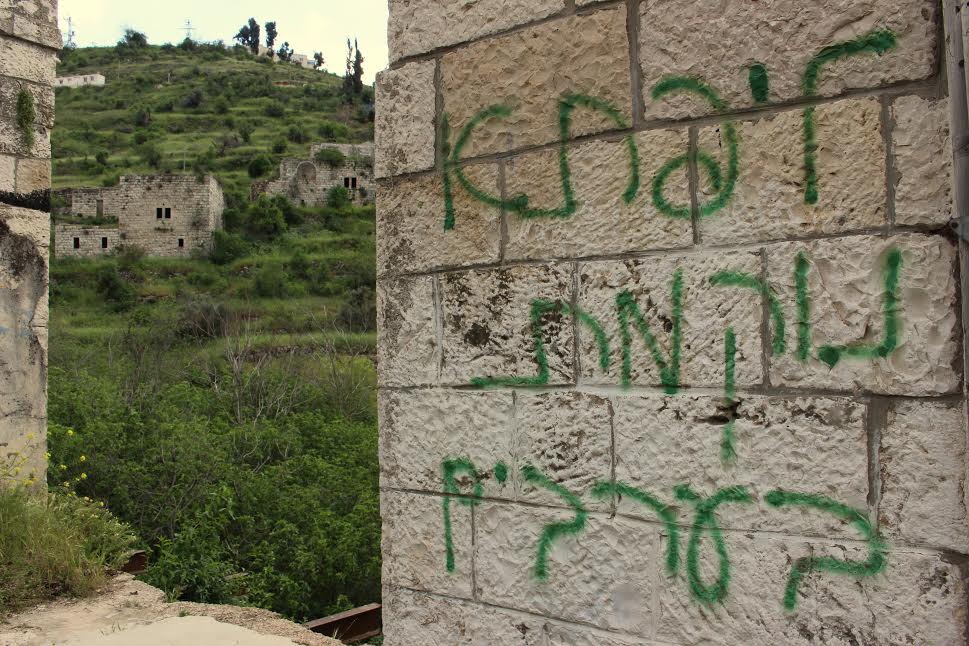 Graffiti seen on a wall in the depopulated Palestinian village Lifta, located on the edge of West Jerusalem. The graffiti reads: ‘Lifta takes revenge on Arabs.’ (photo: Karen Zack)

It is difficult to find a view in Lifta that isn’t marred by the words ‘death to Arabs’ graffitied in Hebrew on its hollow buildings. Someone even took the trouble to write it in drying cement at the entrance to the site, ensuring that it will always be one of the first things visitors see. The leftovers of a Palestinian village that was depopulated over the course of a few months at the end of 1947 and the beginning of 1948, Lifta’s empty, crumbling houses are spattered across a valley just outside Jerusalem, each ruin a sign of violence that has come and gone.

It is the most well-preserved of hundreds of remnants of the Nakba — the dispossession of over 750,000 Palestinians and the destruction of over 400 villages during the 1948 war — that tattoo the Israeli landscape, exit wounds from a history we have barricaded out of our lives. Yet these buildings linger at the sides of our roads, as does their meaning at the edge of our consciousness, sinkholes that threaten to consume our self-perception if we stray too close. Small wonder that the racist slogans came out; better to stem the leak at its source.

The problem, at least from the perspective of large parts of the Israeli mainstream, is that these leaks are indicative of a wellspring that will continue to bubble up as long as it is not addressed head-on. There is an underlying, pervasive and unipolar attitude in Israeli society about why we are here, how we got here, and what we are doing (and have done) here. It is an attitude that dictates all the unacknowledged elements of abuse, and which enables the more explicit expressions of racism that dominate the public sphere. And it is an attitude that is inextricably rooted in 1948, and the denial of what those events still mean.

The 1967 occupation — and the motivation behind it — would not have been possible without 1948. The mentality of those who support and enable the occupation lives in an ideology that was birthed at the same time as the State of Israel. As long as we deny, distort and repress the Nakba, Israelis will never truly accept and absorb the end of the occupation. We will not have faced up to the reality of the roads we drive on, the parks and forests we visit, the dwellings we inhabit. Without that understanding, Israel will never be ready to make the necessary sacrifices for addressing the consequences of that history and its living ideology. 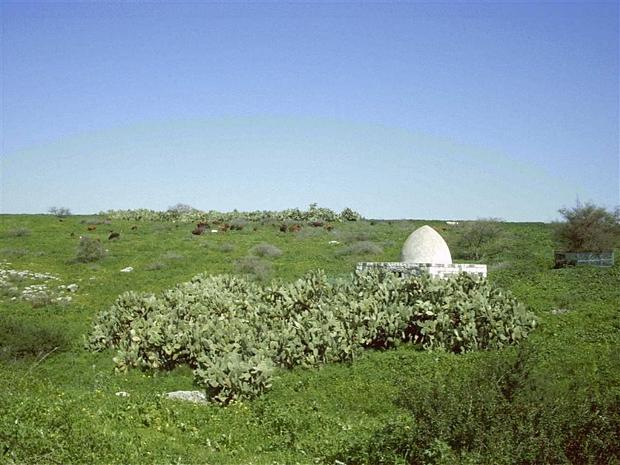 Whether in the desecration of one the few intact shrines to a society that once was, or the ease and desperation with which we end the lives of those who challenge us to examine ourselves, the maintenance of the status quo here relies on utterly denying Palestinians the basic elements of being human: the right to be recognized as individuals; the right to grieve; the right to agency; the right to move, speak up and cry out. The right to a history that is not undermined, suppressed, distorted, abused, denied and ridiculed in order to maintain a clear flight-path for our own narrative.

“I am afraid of a history that has only one narrative,” confesses the main character in Elias Khoury’s novel, Gate of the Sun. He is right to be afraid, for in creating the State of Israel – with all the attendant myth-making and containment that followed — we may have saved our bodies, but we let go of our souls. We can clean the graffiti from Lifta, we can condemn the repeated killings of Palestinians by Israeli security forces, but until we air the historical attitudes and realities that make such violence possible, the destruction will persist. And so will the conflict, no matter how many hands we shake and pieces of paper we sign.