Israel leftists should not sit around and wait for the international community to save Israel from itself. There are no quick fixes. The way to bring about a better future for Israelis and Palestinians is to gradually reduce the ails of occupation. 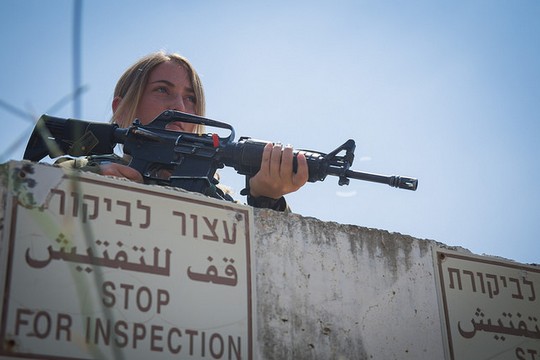 It seems like more and more of my leftist friends feel that the solution to the occupation won’t come from inside Israel, which is increasingly radicalizing, but as a result of something external, some kind of international pressure — a deus ex machina, a tremendous foreign power, a UN resolution, the boycott, isolation or a combination of them all. They hope that the good and merciful world will compel the Jewish State to end its discriminatory military regime in the West Bank and the mechanisms of control over the Gaza Strip.

Encouraging international pressure to end the oppressive regime is legitimate (even if I personally oppose some of its forms, such as a sweeping boycott of Israel). The problem is that the notion of external salvation takes the appeal of international pressure as one tool in the struggle to end occupation, and turns it into the only remaining hope. According to those who subscribe to the external salvation approach, support among Israelis for the peace process is diminishing, and you can no longer even bring up the issue of Palestine.

As such, the most one can do is yell out some furious prophecies that are technically geared towards Israelis but don’t actually make any effort to engage them. Part of the argument is that Israel’s legal and administrative institutions – including the Supreme Court – only serve the occupation so hopes cannot be pinned on them. Indeed, there is a lot of truth to that.

Those who advocate external salvation often express concerns and reservations about struggles and processes whose objective is to gradually reduce the levels of Israeli oppression in the territories – the traditional role of human rights organizations. If the objective is external pressure then any gradual steps of improvement undermine the central goal. This approach makes the absolute end to the occupation regime not only the shared, desired goal for all of us, but also the only relevant call to action. It confuses the end goal with other worthy objectives along the way. 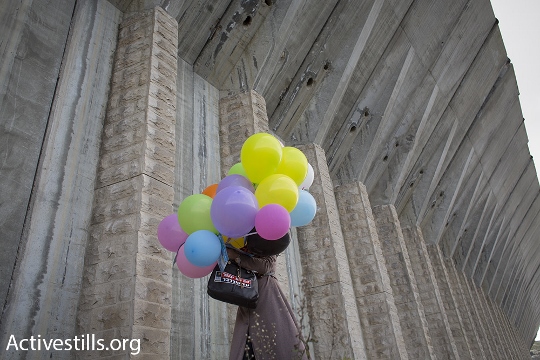 I believe that the incremental struggle to end oppression of Palestinians is the most effective model, and it should be expanded from a struggle against specific grievances to a struggle against Israel’s overarching policies in the West Bank – for example, discrimination in planning and development. This is the first step in shifting the dynamic between the two peoples. I contest the external salvation approach, which expects a “quick fix” to the occupation here and now, because of the importance I see in incremental steps.

I understand the concerns of those who believe only in external salvation, primarily that just improving the situation of Palestinians under Israeli military control could create the illusion of “an enlightened occupation.” But to anyone who champions democracy, the denial of basic human and civil rights is immoral, no matter how “nice” it may be.

Such a situation could also improve Israel’s negative image in the international community, minimizing the gravity of its control in the territories. It could slow or halt international pressure on Israel. Another claim is that in Israel, the temporary is permanent, so what appears to be a gradual process for improvement will just remain a Bennett-style permanent status of occupation-lite, throwing the Palestinians a few bones while maintaining systemic control. This is also a strong argument.

However, there are a few problems with this anti-incremental approach. First, relying on the hope of international pressure makes us passive. In the reality that exists outside the messaging of incendiary right-wing groups like Im Tirtzu, the Israeli left has zero influence on the most powerful institutions in the world. We tend to sit around hoping to have minimal impact; if it works, great and if not, there isn’t much we can do about it. But that’s not how a political camp conducts itself; that is more like how a religious, messianic one conducts itself.

Second, international pressure is not necessarily imminent. The international community is fickle and unclear, and the rising influence of China and India means we can’t really know if or when substantial pressure might have an impact. The threat of global jihad also works in Israel’s favor in the West, while it works against the Palestinians.

Furthermore, the approach that opposes “improving” the reality of occupation is saturated with the notion that “it must get worse so it can get better.” That is gambling with all our lives – especially Palestinian lives, as they would suffer much more.

Lowering the level of violence

Lastly, it’s true that it’s easier to oppose a military regime whose violence is visibly blatant. But this also has a flipside: the attempt to challenge Israel to at least start honoring Palestinians’ basic rights here and now could expose how much its control isn’t actually about security that stems from concerns that “Hamastan” will be established in the West Bank.

If Israel miraculously decides to end violating Palestinian rights, even within the current framework, this would actually make it harder to maintain the occupation. Improving human rights in the territories — not just with isolated economic benefits, but a fundamental change in approach that includes upholding Palestinian rights to land, property and development – could put the brakes on settler takeovers of Palestinian land. It could put a stop to the transformation of the West Bank into a breeding ground for Jewish-Israeli development at the expense of Palestinians and their rights.

International pressure is still a device we can pull out of our toolbox. If the incremental approach can foster less violent, saner relations between Israelis and Palestinians, the Israeli government will have a harder time rationalizing the continued control over the Palestinian population. Presently, the security card is still strong and convincing in Brussels, London and Paris, who are all too familiar with terror – not just at AIPAC conferences in Washington.

When the road to a peace agreement is blocked and the option of international pressure is shrouded in fog and beyond our control, the incremental approach is an option that encourages the Israeli left to be proactive.

Yariv Mohar works as a spokesperson for human rights organizations. This article was first published in Hebrew on Local Call. Read it here.