Irrespective of who wins in Israel’s elections, Palestine will have to deal with the marginalization of its quest for statehood. That process must start by reintegrating Gaza into the Palestinian fold. 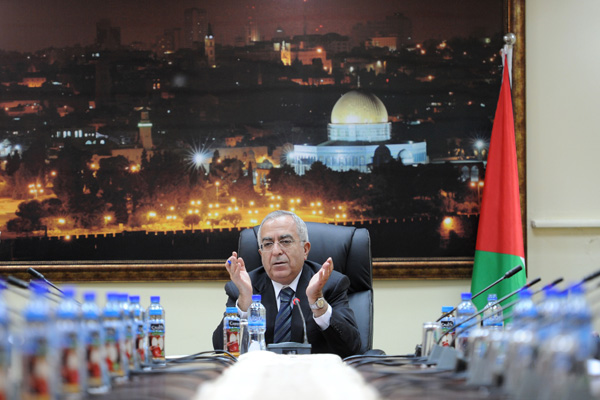 For Palestinians the quest for statehood begins with Gaza. But wait, is there still active regional or international interest in the cause of Palestinian statehood? I submit that whatever residual interest remains in the possibility of making yet another attempt at reviving the “peace process” finds expression these days largely in the phrase “let’s first see what March 17 brings,” a reference to the upcoming Israeli elections.

I also argue that, irrespective of the outcome of those elections, all concerned, but especially Palestinians, will find themselves having to first deal with what arguably is the worst state of marginalization, both regionally and internationally, to ever befall the quest for Palestinian statehood.

Two main reasons underlie this marginalization. The first relates to the broadening, in the aftermath of the failure of the most recent round of diplomacy, of the base of an already deep sense of skepticism regarding the capacity of the Oslo framework to deliver on its promise after more than two decades of futility. The second relates to the virtually complete regional and international preoccupation with the present and fast-mushrooming threat posed by ISIL and like-minded non-state actors in the region and way beyond it.

Even though the weaker of the two parties in the highly asymmetrical balance of power between the occupier and the occupied, the Palestinians still do have a shot at cracking the marginalization nut if they start from where it matters the most, namely, with Gaza. This happens to be the right choice, both because of the urgent need to deal with the catastrophic human conditions there, but also strategically, given the necessity of reintegrating Gaza into the Palestinian fold as a key requirement on the path to sovereignty.

This reintegration requires taking serious steps towards beginning to manage Palestinian pluralism effectively, with respect to the requirements of both national governance and international engagement. This, in turn, requires the immediate convening and activation of the Unified Leadership Framework (ULF), ensuring that the Palestinian government is fully empowered and representative of the entire political spectrum, and reconvening the Palestinian Legislative Council (PLC).

The ULF – a hitherto largely dormant forum – consists of leaders of all Palestinian factions, with membership in it not conditioned on acceptance by non-PLO factions of the PLO’s political platform, as amended to comply with the requirements of the Oslo framework. However, by tasking the ULF with collectively informing PLO decisions on matters of high national interest, non-PLO factions, including Hamas and Islamic Jihad, are assured of genuine partnership in the Palestinians’ pursuit of their national aspirations, while still enabling the PLO to retain its platform and speak on behalf of all Palestinians.

The government, which is to be empowered to the fullest extent afforded by the Basic Law and the participation and backing of all factions, should be primarily charged with the multi-year dual task of reconstructing Gaza and reunifying Palestinian institutions and legal frameworks across the West Bank and Gaza. And, it should do so with the full accountability that comes with the immediate reconvening of the PLC.

The above measures could set the stage for beginning to make a serious dent on the state of marginalization if they are accompanied by the ULF’s adoption of a time-bound commitment to nonviolence. The ULF would then task the PLO with communicating that commitment to Israel and the international community on behalf of all factions, while working on securing agreement – to be enshrined in a United Nations Security Council resolution – on a date certain for ending the Israeli occupation by the end of the term of that commitment, keeping in mind that it would make sense for that term to correspond to the time needed to unify state institutions and laws after nearly eight years of separation. 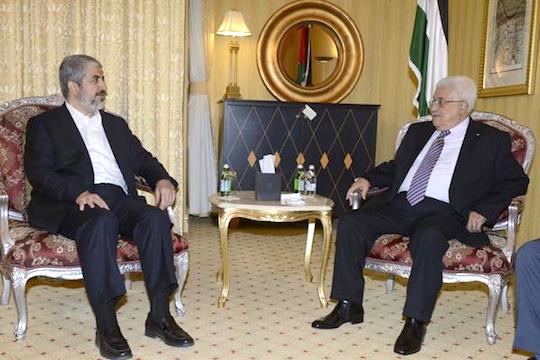 Taken together, and with a firm commitment to holding free, fair, and inclusive elections no later than six months before the end of the aforementioned time period, these measures would represent a highly determined act of Palestinian self-empowerment that could be of a sufficient transformative potential as to address, both directly and indirectly, at least some of the basic weaknesses that are either inherent in the Oslo framework, or caused by the expiry of its timeline.

For that potential to be realized, however, continued insistence on the part of the international community on a rigid application of “the Quartet principles” should be abandoned in favor of expecting Palestinian adherence to the less exacting time-bound commitment to nonviolence. For one thing, that is about the most that all Palestinian factions can realistically be expected to agree on; and, for another, the conceptual equivalent to those principles on the Israeli side, namely, acceptance of the Palestinians’ right to statehood, was never formally expected of the various Israeli governments since Oslo. 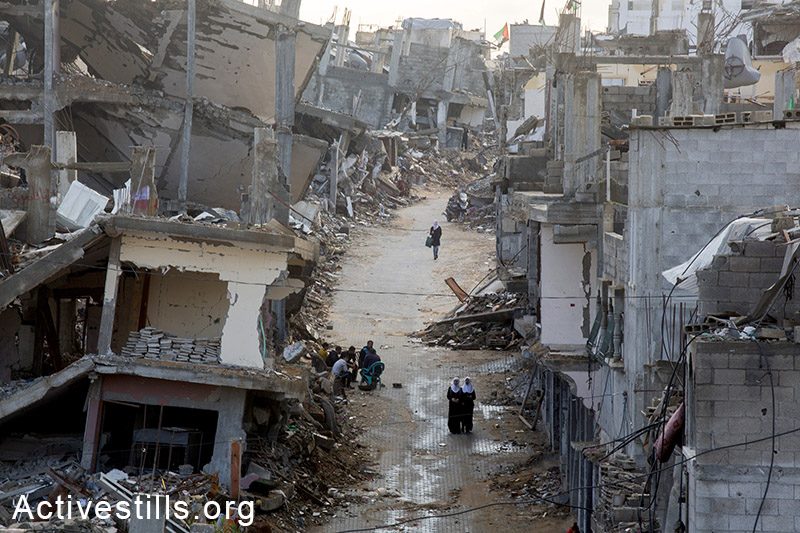 Last, but not least, if the cause of peacemaking in the Middle East is to regain traction amid the tidal wave of extremism engulfing the region, it is of paramount importance for the key deliverable of the “peace process”, namely, the State of Palestine, to hold, and fulfill the promise of being a qualitative addition to a region that has long been known for a time-honored tradition of “strong men and weak states.” This should mean, as can only be befitting and worthy of the great many sacrifices and aspirations of the Palestinian people, that the Palestinians’ quest for freedom must be inspired by an overarching vision of a democratic state governed by the rule of law; guided by the universally shared progressive values of equality, liberty, and justice, with full and nondiscriminatory constitutional protection of the unabridged individual and collective rights and privileges of citizenship; and run in full accord with the highest standards of good governance.

With such attributes, the State of Palestine cannot but be seen as an integral part of the longer-term response to the disenfranchisement-and-despair-driven ideology of “rejectionism” that has been the lifeline of extremism and violence in the region for much of this century.

The author is the former prime minister of the Palestinian National Authority. This article previously appeared as a guest blog for The Elders, the group of independent global leaders working together for peace and human rights.