Testimonies from former Israeli soldiers have failed to touch the Israeli public or change the state’s policies.  The IDF gives an ‘explanation’ for why it ignores these and all  other occupation stories told by the men and women of Breaking the Silence.

I used to think that Breaking the Silence, which publishes testimonies of IDF soldiers about what they see and do on occupation duty, would really strike a blow against the empire. Who could doubt the word of soldiers – by now over 900 – coming forward to, essentially, confess; who wouldn’t at least show them respect and give them a hearing?

Once again, I was naïve; Breaking the Silence, God bless it, is keeping the truth alive. It’s telling that truth to masses of individuals, most importantly to draft-age Israelis. But the horror stories from the field told by the soldiers – this week by four young women who served in the West Bank and on the Gazan border – just slide off the back of this country’s body politic. They don’t make the slightest dent in Israeli policy in the West Bank and Gaza.

In 2009, after the organization published over 100 pages of testimony (PDF) from 26 soldiers about what happened in Gaza during Operation Cast Lead – the free-fire atmosphere, the awesome destruction, the bloodthirsty pep talks from IDF rabbis, the white phosphorus, etc. – Netanyahu expressed his opinion of its work. From Haaretz:

They are breaking their silence about the only democracy in the Middle East that has an independent legal system and an investigative press that does not cease dealing with these issues,” Netanyahu told reporters shortly after his meeting Tuesday with British Prime Minister Gordon Brown, whose government is one of the group’s donors.

“There is no silence to break,” the prime minister said angrily. “What are they talking about?”

Netanyahu, NGO Monitor, Im Tirtzu, CAMERA and the entire right-wing enforcement squad did a very good job of distracting mainstream Israel’s attention from the soldiers’ stories by railing about Breaking the Silence’s subversive sources of funding, such as the New Israel Fund and the European Union.

It was very effective; like B’Tselem and all other anti-occupation NGOs, Breaking the Silence is considered by the Israeli mainstream to be radical, anti-Israel and full of lies. And so Israeli society, which once was interested in these testimonies, even if just to denounce them, has by now simply tuned them out.

Back in 2009, I still had enough faith in the IDF to expect it to at least pretend to be concerned about the testimonies from Operation Cast Lead. I called the IDF Spokesman’s Office and asked for a response. “How do you know they’re true?” one of the spokesmen shot back, noting that the soldiers didn’t give their names, so the army couldn’t check the veracity of their accounts.

In the last year and a half, dozens of soldiers who’ve told their stories to Breaking the Silence have given their names – “to defuse the ‘anonymous’ argument,” Yehuda Shaul, one of the group’s co-founders, told me. “The IDF said this was commendable, that they would check the stories. They haven’t checked anything.”

In this week’s videos, three of the women – Noa Hillel, Tal Wasser and Yael Lotan – give their full names while one, Inbar, gives only her first name (but the IDF can, of course, find her, too). Here’s Inbar, an ex-officer at the Erez crossing point at the border with Gaza, telling the story of a Palestinian boy who was discovered late one night walking around by himself, crying:

I asked for the army’s response to these latest accounts, and whether the army had checked out the testimonies to Breaking the Silence by any of the dozens of soldiers who’d publicized their names in previous reports. The email response read:

The decision of an organization not to allow the IDF to respond to allegations prior to their publication is improper. This organization has been informed countless times that it is free to submit its testimony and investigative material to law enforcement authorities, thus to enable a professional investigation, but, as stated, the organization chooses not to do this, but rather to give the media a pile of information without letting the IDF examine and investigate it properly.

In other words, now that Breaking the Silence (the IDF couldn’t bring itself to even mention the name) is identifying its whistle-blowers, the army had to invent a new excuse for ignoring their accounts: because it didn’t see them before they were published. Whatever. And about the invitation to Breaking the Silence to give its material to “law enforcement authorities,” I thought that when it comes to the conduct of its soldiers, the IDF was the law enforcement authority. They really expect people to believe this shit? (On second thought, the overwhelming majority of Israelis do.)

Yehuda Shaul says that in its tours and lectures, Breaking the Silence tells the story of the occupation to about 10,000 people a year – including, with the IDF’s permission, to the occasional class of IDF soldiers. It takes testimony from about 100 additional soldiers a year. Its reports and videos get a lot of attention – just not from the powers-that-be in Israel or America, or from the mainstream Israeli public, who have immunized themselves to the truth about what this country does to Palestinians.

The soldiers in Breaking the Silence are, to borrow a phrase from the first president Bush, “a thousand points of light” in the Israeli darkness. But the darkness is so thick and vast; dispelling it will take more than truth.

Before you go…
A lot of work goes into creating articles like the one you just read. +972 Magazine is nonprofit journalism, owned by many of our writers, editors, and journalists. In order to safeguard that independent voice, we are proud to count you, our readers, as our most important supporters. With your support, we can keep +972 Magazine a strong, independent, and sustainable force helping push the global discourse on Israel/Palestine.
DONATE
More About ngo monitor 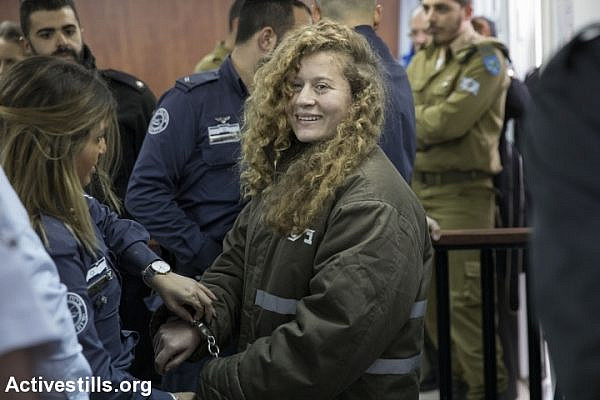 Military court: Ahed Tamimi and her mom to remain in prison
Bassem Tamimi: ‘I don’t trust this court, I don’t trust this legal system, all of which is built to punish the Palestinians.’ By Oren Ziv An Israeli military appeals court on Wednesday denied bail to Ahed Tamimi, the Palestinian girl who was filmed slapping an Israeli soldier at the entrance to her home, and her…
By Oren Ziv January 17, 2018 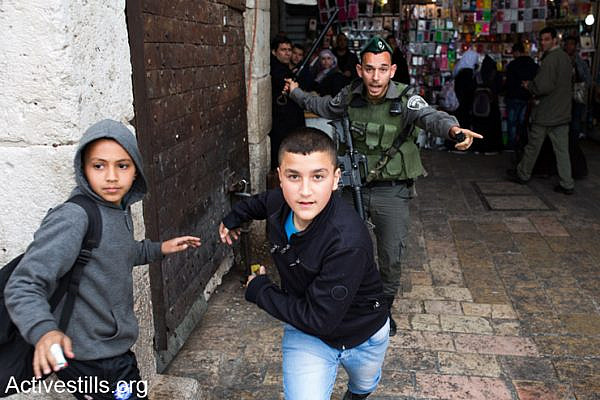 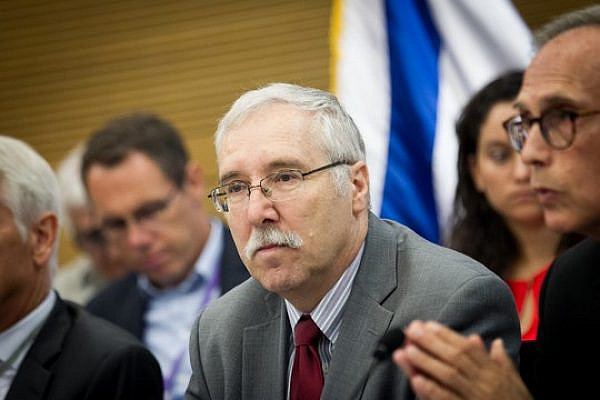