Israel and its U.S. allies perpetuate a number of mistruths about Gaza, its role in the conflict and its centrality moving forward. If they are not challenged, violence will continue and the U.S. risks losing even more credibility in the region. 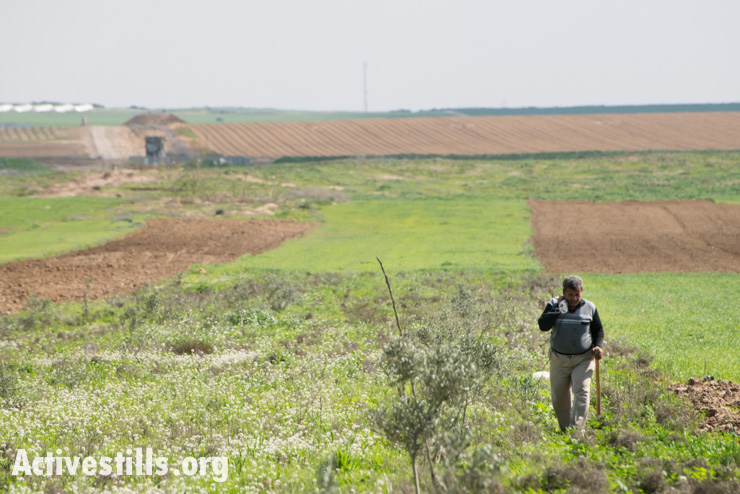 Fewer than 16 months after the ceasefire agreement that ended Israel’s last full-scale attack on Gaza—nine days of constant bombardment by air, land, and sea—Palestinians there are once again trapped and feeling the brunt of Israeli air strikes.

They have every reason to be worried. On March 12, Israeli Foreign Minister Avigdor Liberman, citing “a barrage of more than 50 rockets,” called for his country to re-occupy Gaza. The same day, the U.S. State Department, instead of urging calm, issued a statement, by now familiar, backing Israel’s “right to defend itself.”

Predictably, the statement failed to mention Israel’s murder of seven Palestinians in the prior 24 hours, its dozens of deadly violations of the November 2012 ceasefire agreement with Hamas, and its routine killing of unarmed Palestinians along Gaza’s border.

Left unchallenged, these omissions will lead to more sins of commission. More civilians will die. And Israel’s chest-beating will lead to ever more violence, further eroding America’s diplomatic stature in the region and beyond.

To avoid this scenario, policymakers must challenge three underlying assumptions behind the U.S. position, which currently aligns with the pointedly undiplomatic threats of Israel’s chief diplomat: 1) that Israeli-Palestinian peace can be forged without Gaza, 2) that Israel’s stranglehold on Gaza ended in 2005, and 3) that Israel’s threats are aimed only at Palestinian “militants.”

No peace without Gaza

According to Israeli journalist Amira Hass, Yitzhak Rabin famously declared after signing the Oslo Accords that he wished Gaza “would just sink into the sea.” Reprehensible as it was, Rabin’s brutal logic was more than a rhetorical indiscretion.

Gazans represent roughly one-third of the Palestinian population in the Occupied Territories, including East Jerusalem. Beyond demographics, though, Gaza also commands enormous symbolic value for the Palestinian struggle. That a majority of its population trace their origins to villages inside Israel means that their fate will gauge how the Palestinian refugee crisis will be resolved. This stands to reason: Of the approximately 1.5 million Palestinian refugees who live in UN-administered camps throughout the Arab world, more than one-third live in Gaza.

Any agreement that excludes Gaza would  lack credibility and therefore be unsustainable. Proof of that lies in the failure of the Oslo peace process itself. For seven of the 20 years since that process was launched, Gaza has been subjected to a suffocating land, sea, and air blockade—the correlative of Rabin’s homicidal wish.

The myth of ‘withdrawal’

Israel’s much-flaunted “withdrawal” from Gaza nearly nine years ago involved the removal of some 8,000 Jewish settlers who controlled Gaza’s prime agricultural land and shoreline—an area roughly equal to 40 percent of the 25-mile-long strip.

That they might enjoy beach resorts and golfing greens, these settlers—whose numbers represented less than one percent of the indigenous population whom they controlled—had erected a menacing system of humiliation, night raids, and barricades. Endowed by U.S. largesse and Kafkaesque in its brutality, the settlement enterprise in Gaza was particularly pernicious.

The reputational costs of maintaining this apartheid system were too high, though, and then-Prime Minister Ariel Sharon’s decision to dismantle it was driven by necessity, not compromise. In fact, Sharon’s senior advisor at the time, Dov Weisglass, told the Israeli daily Haaretz that the so-called Gaza disengagement “supplies the amount of formaldehyde that is necessary so there will not be a political process with the Palestinians.” More to the point, said Weisglass, “this whole package called the Palestinian state, with all that it entails, has been removed indefinitely from our agenda.”

He was right on both counts. Palestinians are certainly no closer to having their own state. And nearly a decade after the “disengagement,” Israel continues to control nearly half of Gaza’s agricultural land and nearly all access to the sea. According to Harvard scholar Sara Roy:

Palestinians have the right, enshrined in international law, to challenge the ongoing siege of Gaza and to truly dismantle the legacy of Israel’s racist settlement enterprise there. At the vanguard of Gaza’s resistance, though, are young, nonviolent activists—not rocket-launching militants.

Largely ignored in Western media, these activists have been organizing weekly protests within the so-called “buffer zone,” planting trees and engaging in other forms of peaceful protest aimed at reclaiming, if only symbolically, Palestinian farmers’ lands.

Yet to approach the buffer zone is to enter what amounts to an Israeli shooting gallery, where soldiers—too distant to be seen—fire at will and kill with impunity. (The Palestinian Center for Human Rights has documented Israeli shootings of civilians up to 1.5 kilometers inside the Gaza border.) Consider the case of 57-year-old Aminah Atiyeh Qudeih, who was killed on March 1 by a sniper’s bullet while mistakenly walking within the buffer zone. Weeks earlier, 27-year-old Odeh Hamad was gunned down while, according to the Israeli human rights organization B’Tselem, he was collecting scrap metal with his brother. Both were unarmed and both were left bleeding for hours before an ambulance could reach them. Perhaps most important, both leave behind families with no way of holding their loved ones’ murderers accountable.

As those families mourn and seethe, along with the rest of Gaza’s 1.7 million trapped Palestinians, they dread the prospect of yet more violence, more Israeli impunity, and more sins of omission from U.S. policymakers who, despite two decades of on-again, off-again attempts, have yet to facilitate any progress toward peace in the Holy Land. To change that, these policymakers must be willing to challenge long-held assumptions about the conflict, including on Gaza.

Samer Badawi is a freelance writer based in Washington, DC. He is the former DC correspondent for Middle East International and last visited Gaza in December 2012.