It’s time for both Israelis and Palestinians to recognize that we’ve reached a stalemate: nobody is leaving, and the status quo just isn’t pragmatic. 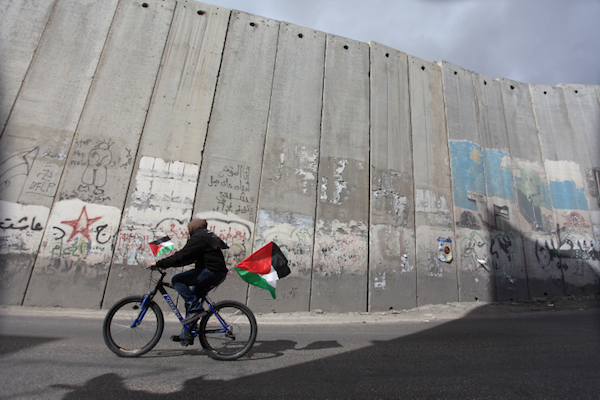 Whenever I think of the predicament of the Palestinian people, the voice of Juliet in Shakespeare’s “Romeo and Juliet” inevitably comes to mind: “What’s in a name? That which we call a rose by any other name would smell as sweet.”

After all, what is left of Palestine besides the memories and the name, and the former is quickly disappearing as the 70th anniversary of the creation of the State of Israel looms around the corner. To put it realistically, nobody under the age of about 73 remembers life in historic Palestine, and no Palestinians living in the West Bank or Gaza Strip under 55 know what it’s like to not live under military occupation. Despite all that, almost all of the nearly 13 million Palestinians living around the world still call it Palestine.

When you come to think of it, the majority of those Palestinians living in the West Bank and Gaza Strip don’t even know what life was like before the Oslo Accords. They’ve only experienced the status quo. That is scary for a number of reasons — besides the fact that it makes me feel old.

When they talk about going back, knowing they most likely won’t be going back, when they fight, when they die, when their homes are destroyed, when settlements take more and more of their family’s land — they still call it Palestine.

So does it matter what it is called?

And what do we have to show for it? An abysmal refugee situation that persists, or rather one that continuously reinvents itself. Hundreds of thousands of others have been sentenced to life in an open-air prison, Gaza, where their daily caloric intake is calculated and regulated by the warden, while that very same warden takes it upon himself to destroy parts of the prison on a regular basis. Hundreds of thousands of others still live as second-class Israeli citizens. Millions more live under two different systems, including one in which democracy has been permanently suspended out of fear that the ruling tyrants will be defeated by the equally horrible alternative.

Worst of all, we have young men and women who are desperate, angry, afraid, essentially committing suicide one by one with the far-fetched hope that they’ll take someone down with them. I’m not sure they really think they’re going to liberate Palestine; everyone else knows they don’t stand a chance.

Meanwhile, settlements expand and the U.S. State Department still warns of the impending death of the two-state solution. My friends, the two-state solution is dead, buried, and it has decomposed almost to the extent of being unidentifiable. The ship has sailed, the horse has bolted. Do we really need to keep coming up with more clichéd idioms?

It’s time for Israelis and Palestinians to recognize that we’ve reached a stalemate: nobody is leaving and the status quo just isn’t pragmatic.

It’s not about the legality of the status quo, it’s not about turning the clock back a century or two, or a millennium or two; it’s about the here and now. It’s about recognizing that we’ve reached a stalemate and that people just want to get on with their lives — people on both sides of the divide. Quite frankly, and although this might make me very unpopular — not because people don’t agree with it but because you’re not supposed to discuss it publicly — but I’d rather live as a proud Palestinian who happens to be a citizen of Israel than continue the sham that we’re living in now under the Palestinian Authority.

I’d rather fight for equal rights in the courtroom and the ballot box, for a balanced immigration policy where Palestinians can apply and have a chance to live in their ancestral homeland which is now called Israel, but which we will continue to call Palestine in our hearts and in our minds. It’s time to demilitarize, it’s time to disband the police state, it’s time to bring down the wall.

It’s time for us to stop giving Israel the excuse that we’re fighting it when the overwhelming majority stopped fighting years ago. As the situation stands today, we’re only giving the Israeli government an excuse to continue and even worsen its collective punishment. I sincerely appreciate the dozens of countries voting to recognize Palestine, but now it’s time to move on.