When an indigenous, stateless population is blocked access to opportunities for justice by superpowers like the U.S., something is wrong – deadly wrong.

The U.S. is not a neutral mediator in the Palestinian-Israeli conflict; it is an active participant and is guilty of the crimes being committed by Israel against Palestinians, most recently, the mass killings and destruction Israel wrought on the Gaza Strip during the summer. The reality that the U.S. is an active supporter of unimaginable suffering may very well be the motivating force behind the U.S.’s adamant attempts to block the Palestinians from using any of the internationally recognized tools of accountability to hold Israel responsible, such as the International Court of Justice and the International Criminal Court. When an indigenous, stateless population is blocked access to opportunities for justice by superpowers like the U.S., something is wrong – deadly wrong.

While Israeli bombs were hammering Gaza, Alice Lynd with the assistance of Staughton Lynd, drafted a 32-page pamphlet which was published by the Palestine-Israel Working Group of Historians Against the War (HAW) titled, Violations by Israel and the Problem of Enforcement (August 2014). The policy paper places the U.S. in front of its own mirror and meticulously documents how one hand of the U.S. government systematically documents Israeli violations of U.S. law and international law, while the other hand unconditionally dishes out financial, military, and diplomatic support to Israel.

The study notes that:

United States law states that no military assistance will be provided to a government that engages in a consistent pattern of gross violations of internationally recognized human rights. Yet the United States gives more military assistance to Israel than to any other country, currently in excess of $3.1 billion per year. The U.S. participates in joint military exercises, military research, and weapons development. 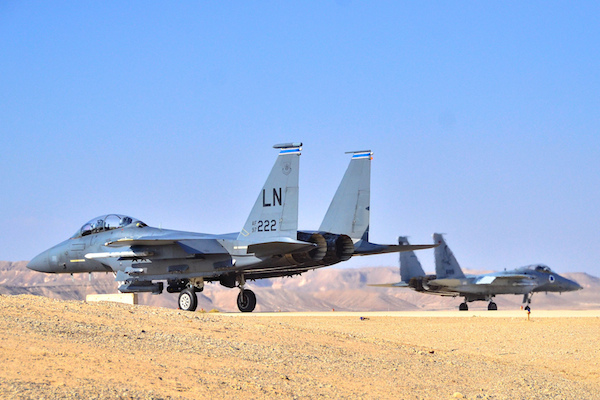 This contradiction of its own policy would seem incriminating enough, but if all the other means of U.S. support to Israel are added – especially the U.S.’s unwavering role in the UN Security Council as a proxy for Israel’s interests by vetoing and thereby blocking international steps for justice – the evidence that the U.S. is an active player in Israel’s onslaught and continued military occupation becomes overwhelming.

It stands to reason that the U.S. very rightly fears that any step to hold Israel accountable for crimes against humanity would ultimately incriminate the U.S. as Israel’s funder, diplomatic cover, political handler, and arms supplier for decades.

While this new document was being researched, the Historians Against the War circulated a letter to President Obama and members of Congress that begins: “We deplore the ongoing attacks against civilians in Gaza and in Israel. We also recognize the disproportionate harm that the Israeli military, which the United States has armed and supported for decades, is inflicting on the population of Gaza.” (July 31, 2014). The pamphlet’s contents strike this point home with incriminating details.

The pamphlet quotes historian Robin D. G. Kelley who recently said about the ongoing conflict, “Determining next steps requires that we go back many steps—before the siege, before the election of Hamas, before the withdrawal of Jewish settlements in Gaza, before the Oslo Accords, even before the strip came under Israeli occupation in 1967.” (“When the smoke clears in Gaza,” Aug. 8, 2014, Black Educator).

I had the honor of working with both authors of this pamphlet following the First Gulf War (1990-1991) when they suggested we co-edit an oral history of Palestine as a tool to understand the centrality of Palestine to the entire destabilization of the Middle East, a reality that is even more true today. Following several field visits to the West Bank, Gaza Strip, Israel, and the Golan Heights, that effort resulted in the publishing of Homeland: Oral History of Palestine and Palestinians (1993). Their new effort revisits many familiar topics that we addressed in our book, with chapter headings such as International Agreements and U.S. Law, International Agreements on Human Rights, U.S. Law on Foreign Assistance, Violations of Internationally Recognized Human Rights, Torture and Other Cruel, Inhuman or Degrading Treatment or Punishment, Arbitrary Arrest or Detention, Collective Punishment, among many more.

Perhaps the most important chapter in this brief pamphlet is “The Problem of Enforcement.” One need not be a historian or political scientist to understand that as long as global enforcement mechanisms of accountability are denied to Palestinians due to the political whims of a superpower, Israel has the green light to attack Gaza and the West Bank at any time with impunity.

Israel’s senseless military attack this summer (deceptively coined “Operation Protective Edge” in English, and more accurately “Solid Cliff” in Hebrew) left 2,168 Palestinians dead, more than 500 of them children. The Institute for Middle East Understanding compared the proportionate impact of these deaths to the population in the U.S. Gaza’s devastating human loss would be equivalent to 376,680 Americans killed in 51 days if such events were undertaken in the U.S. To put this in perspective, this number is slightly fewer than the 407,000 U.S. soldiers killed in World War II. It is not hyperbole to say that everyone in Gaza knows at least one person who died or was injured in this atrocity, with each person left wondering if he or she would be next.

If humanity is to be served, citizens who believe in equal access to international tools of justice must speak up and denounce the continued U.S. hegemony over Palestine. It is time to demand a change in policy so that marginalized populations are not shut out of systems of justice when they are the victims of crimes against humanity. Holding individuals responsible for their crimes is a core American value; it’s a value we should not compromise for any country, especially our own.

Sam Bahour is a Palestinian-American business consultant in Ramallah and serves as a policy adviser to Al-Shabaka, the Palestinian Policy Network. He was born and raised in Youngstown, Ohio and blogs at ePalestine.com. This article was first published in The Hill.