Since South Sudan’s independence, Israel has continuously sold it weapons, military training, homeland security and surveillance technology. The only problem? They are being used to commit war crimes and potential crimes against humanity

We now know that Israel sold weapons to Rwanda in the 1990s as genocide was being committed throughout the country. The details of these dealings are still being kept secret and an appeal (Hebrew) to make them public is currently being examined in the High Court of Justice. No lessons, it seems, were learned from that affair.

For the last 18 months a bloody civil war has been raging in another African country, South Sudan, including documented war crimes and potential crimes against humanity. The international media is covering this war on a daily basis. The Israeli media, on the other hand, reported about it during the first few months but has since become silent, even though atrocities are still being perpetrated. This silence probably has a good reason: high-ranking officials in the government and the security industry are selling weapons, military training, homeland security and surveillance technology to factions in South Sudan. Any publication on these activities can seriously embarrass them.

Since the 1960’s Israel has been fighting a secret war in South Sudan by supporting the rebels’ struggle to break free from Khartoum’s tyranny. Israel’s support does not reflect its humanistic values or solidarity with a just and legitimate fight for freedom, but rather is the result of various strategic interests in the region. In 2011 a referendum was held in South Sudan following massive pressure from the international community. Ninety-nine percent of residents voted in favor of breaking away from Khartoum, and on July 9th of the same year South Sudan became an independent country.

The State of Israel was one of the first countries to recognize the new state, and in 2011 Salva Kiir Mayardit, president of South Sudan, came to Israel on official visit. For Israel, an independent South Sudan was a golden opportunity to further its security and economic interests in the area, and it subsequently made hefty investments in civil and military infrastructure there. The relationship between the two countries is exceptional even when compared to Israel’s close ties with other African countries, showing some signs of sponsorship.

This special relationship should also be understood in the context of regional power struggles. The local conflict between Sudan and South Sudan is sponsored by Iran and Israel respectively. As Iran reinforced its ties with Muslim Sudan, Israel strengthened its relations with Christian South Sudan, which also provides it with oil. Two-and-a-half years ago Israel allegedly bombed an Iranian owned arms factory in Khartoum; a year ago the IDF intercepted a ship carrying munitions from Sudan to Gaza; and just this month an Israeli drone was reportedly shot down in Sudan. It is evident that Iran and Israel are fighting a proxy war through their African allies.

The only question is whether this semi-imperial strategy can, in any way, justify supporting South Sudan forces who perpetrate war crimes and crimes against humanity. No Israeli strategic interest, real or imaginary, can exempt it from the moral and legal responsibility to prevent the sale of any weapons that may be used for such purposes.

South Sudan’s celebration of independence sadly turned into one of the worst tragedies of our times. Since mid-December 2013 a civil war has been raging in South Sudan between opposing ethnic and political groups — a continuation of the bloody civil war that led to the country’s independence after 22 years. According to the latest reports, 50,000 people were killed, 2 million people were displaced or became refugees, and 2.5 million people are at risk of starvation due to the war. Human rights organizations and the United Nations estimate that 12,000 child soldiers are fighting in South Sudan. All parties involved in the fighting, and especially the government and its allied militias, are implicated in war crimes, crimes against humanity and severe violations of human rights.

Neither side is able to bring the war to an end, and no ethnic group has a clear majority in the country. The Dinka tribe, which is currently in control of the government, is only 35 percent of the population. Some of the opposition fighters are former security forces personnel who defected to the other side, taking their weapons and military training with them, thus making it harder for government forces to defeat them. For these reasons, the government decided on an alternative strategy: mass murder, systematic rape of other ethnic groups, and abuse of citizens identified with the opposition. As long as weapons continue to stream into the country, the government has no interest in reaching a compromise, and it continues to cling to a false hope of defeating their enemies in the field. 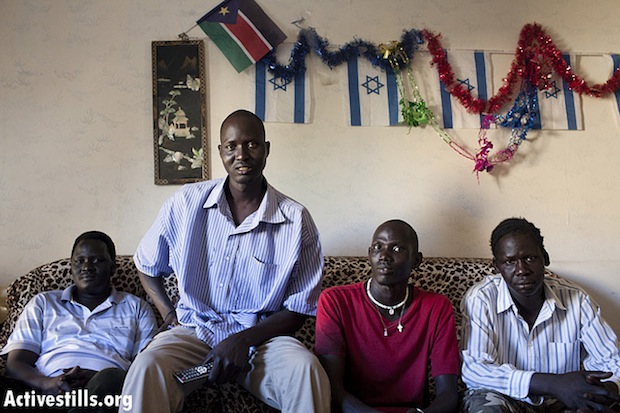 This situation led European countries to declare a weapons embargo on South Sudan and the U.S. to suspend its military aid. There were also attempts to pass a similar embargo resolution in the UN Security Council. So far these attempts have been unsuccessful due conflicts and arguments between the members of the council, as well as the fear that the rebels will defeat the government forces. Despite the political difficulties involved in agreeing on an embargo resolution, the gravity of the situation in South Sudan is clear to all. On March 3 of this year the Security Council adopted U.S.-sponsored Resolution 2206, giving both sides an ultimatum threatening a weapons embargo and other sanctions if the fighting is not ended.

Despite the world’s reaction, Israel’s secret war in South Sudan continues according to reports and information provided by human rights activists who have been, or still are, in South Sudan. Since the country’s independence, Israel has continuously sent it weapons, training government forces and providing various security-related technologies. There is also a cooperation between the two countries’ secret services, and Israeli entities have established an internal control and surveillance system in South Sudan, which they continue to maintain.

The current Israeli involvement in South Sudan is exceptional in the history of Israeli military exports. This goes way beyond greed. Israel is currently fighting over the viability of a project that it has invested much in over the years — a project whose failure may damage its credibility in the eyes of other dictators and regimes that receive military aid from Israel.

An official publication by the Ministry of Defense from November 2014 (almost a year after the beginning of the civil war in South Sudan) boasts (Hebrew) about the success of the defense export department at Cyber Security exhibition, visited by 70 delegations from around the world, including South Sudan. There are testimonies that the South Sudan military is using the Israeli Galil ACE rifle. Eighteen months before the outbreak of the civil war, a Sudanese newspaper reported on an airlift from Israel to South Sudan, providing rockets, military equipment and even African mercenaries (after training). The provisions still continue to flow. A South Sudanese delegation will visit (Hebrew) an Israeli armament exhibition to be held next week in Tel Aviv.

Think about it for a minute: a country in which crimes against humanity are perpetrated at this very moment, using foreign weapons and under a complete weapons embargo by U.S. and Europe, sends a military acquisitions delegation to Israel and is being welcomed with open arms.

Both international law and basic human morality forbid the sale of weapons or other military aid which may serve in war crimes and crimes against humanity. In the past, due to the political conflicts of the Cold War, the international community failed to fulfill this obligation, but since the 1990s it has been transformed into decisive law in U.S. and Europe, as well as among international conventions and international institutions such as the UN and international courts. 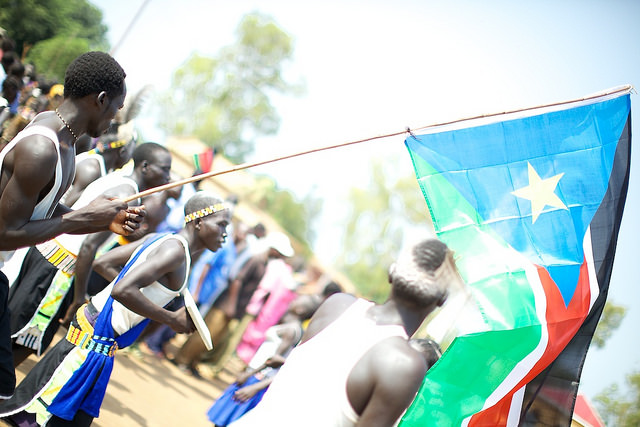 Israel has no real way of ensuring the weapons it sells to South Sudan are not used to massacre civilians or threaten women as they are being raped by soldiers and militia fighters. Furthermore, there is no way to ensure that the training of security forces is not used for the murder and torture of civilians and that the technology it provides is not used for persecuting citizens for their political or ethnic affiliations — not to mention supporting horrific war crimes and crimes against humanity — unless it completely stops all military and security-related exports to this country. It is important to clarify that international law also forbids the sale of technologies and devices that “don’t shoot” if they may be used in committing war crimes and crimes against humanity.

On March 12 this year, Adv. Itai Mack gave an interview about military exports to South Sudan on the radio program “According to Foreign Media” (Hebrew), which is aired on the “All For Peace” radio station (beginning 47:50). Mack revealed more details about Israel’s involvement in providing weapons and training to South Sudan forces. Following these findings, Adv. Mack appealed to the Ministry of Defense to stop military exports to the country. The appeal, unsurprisingly, was rejected.

MK Tamar Zandberg (Meretz) is currently trying to break the seal of silence, by demanded that the Ministry of Defense cease all military exports to South Sudan immediately. The demand was accompanied by an expert opinion prepared by Adv. Mack, which details the factual and legal aspects of the issue (you can find the request and opinion in Hebrew here).

The Israeli public must join this request. And the time to do it is right now.

Idan Landau is an Israeli academic at Ben-Gurion University. This post was originally published in Hebrew on Idan’s blog, Don’t Die a Fool. It is reposted here with the author’s permission.