The assault on Gaza has hurt this country’s image, and it doesn’t care.

There’s no doubt that this past month of heavily televised overkill in Gaza – well, heavily televised everywhere but here – has hurt Israel’s standing in the world. The IDF has killed too many civilians, wiped out too many families, bombed too many UN shelters. Even Washington has used words like “indefensible” and “disgraceful” to describe some of Israel’s acts. And while the world’s powers-that-be don’t like Hamas, they do like the Palestinian Authority and its leader, Mahmoud Abbas, and they know very well that the Netanyahu government has continuously trashed any chance of making peace with him.

So in terms of high politics, of Israel’s international relations, and considering Israel’s image in international public opinion, Operation Protective Edge has been a great failure. If before the war Israel’s liberal friends had warned that its policies were driving people away and leaving the country increasingly “isolated,” Israel’s behavior over the last month has aggravated that condition badly. 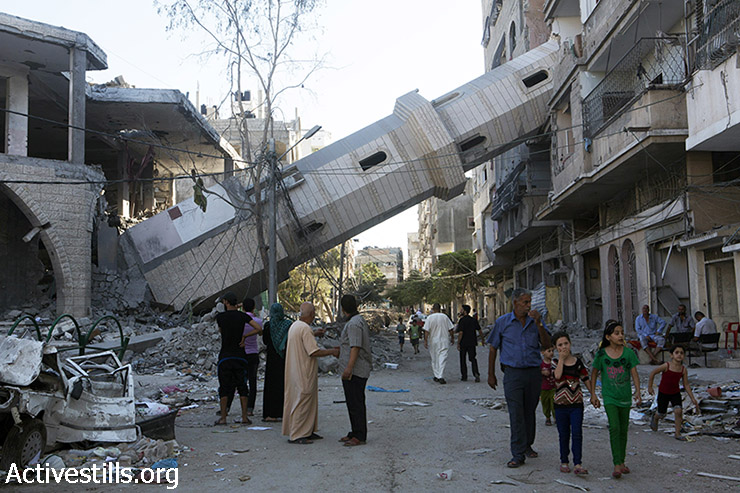 To which Israel says: who cares? If I may mangle Ben-Gurion’s famous dictum, it doesn’t matter what the goyim say, it matters what the goyim do, and the goyim are doing nothing. Even now, after this month-long horror show in Gaza, which isn’t over.

And since the goyim – along with the liberal Jews who are appalled by Israel’s actions – are doing nothing, meaning they’re not punishing or penalizing Israel in any manner, not holding it in any way accountable for what it has done to Gaza and its people, then Israel indeed has no reason to care what the goyim or liberal Jews say.

The world is shocked by the death and devastation in Gaza, it understands that the “root cause” is Israel’s half-century denial of freedom to the Palestinians, and it knows that the Netanyahu government has no interest whatsoever in setting the Palestinians free – yet the world, even now, is letting Israel get away with it.

Just compare: Russia takes back Crimea, which made most Crimeans very happy, and which got no one killed, and the world immediately imposed economic sanctions on Russia. But after Operation Protective Edge – nothing.

It goes without saying that the United States isn’t going to do a thing to Israel, but neither is “left-wing, pro-Palestinian” Europe. The title of Amira Hass’ column in Monday’s Haaretz, “A European green light to kill, destroy and pulverize Gaza” pretty much tells the story.

The only concrete punishment I’ve heard being discussed by anyone important is the call by major politicians in Britain – though not Prime Minister David Cameron – to curtail British arms sales to Israel. There’s been a lot of backtracking on this demand, though, and at any rate Britain sells no more than about $10 million a year to Israel in strictly military equipment, so we’re not talking about more than a slap on the wrist even if such a sanction were imposed.

Other than that, as far as I know, it’s business as usual.

How many op-eds have been written this month by liberals distraught over Gaza, moaning about the occupation and crying out for the two-state solution? Yet none of them said a word about how this solution is supposed to be achieved. Everybody knows the problem, everybody knows the solution, but nobody will talk about how to get there because that means holding Israel accountable. That means not the carrot but the stick, excuse the expression, and such a notion remains taboo in the Western world. Even now.

The stuff that Israel’s political immunity is made of – American Judeophilia and Islamophobia, especially among the Christian Right; the pro-Israel lobbies in the U.S., Britain, France and other countries; and European Holocaust guilt – must be very, very powerful if it can neutralize the political effect of all those harrowing scenes and stories from Gaza. Short of starting a war that gets masses of Westerners killed, I can’t see what Israel might do to get the U.S. and Europe to finally read it the riot act and say: end the occupation or find yourself some new friends.

I think the American left-wing organizer Saul Alinsky once said that an issue isn’t an issue unless you can do something about it. On that basis, the events of the past month, together with the Western powers’ cowardly reaction to them, suggest that Palestinian subjugation and suffering may have ceased to be a political issue, and become a humanitarian issue of all the more urgency.

By the same token, the brutalization of Israel may have stopped being a political issue, and turned into a humanitarian issue focused on this country’s victims.

Related:
This is what life in Gaza sounds like
Gaza war: It’s about keeping the Palestinians under control 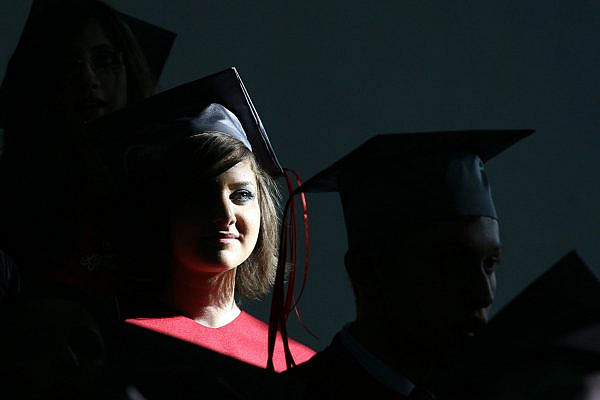