The persecution of “Jewish Left extremists” creates a different dynamic than the persecution of Arab citizens. Political persecution is now extending to all layers of Jewish society, permeating into areas that not even the General Security Service1, and the powers to be, have ever considered.
Editor’s note: This opinion piece was published originally by Ynet in Hebrew. It was translated by Sol Salbe of the Middle East News Service in Melbourne, Australia.

A “good Arab” is the term that has always been used as the benchmark criterion for setting the state’s attitude toward its Arab citizens.  For the establishment, a “good Arab” is one who does not challenge the boundaries of political discourse or the rules of the game as shaped by the powers to be and the national consensus. A “good Arab” is one that does not “incite” his community to fight for its rights. He may occasionally raise his voice himself but would never lead others in raising a loud collective voice.

At first Arab citizens were tagged and labeled by successive governments, but soon it became a race among  the Zionist parties and within Israeli society. Today it is reaching its logical conclusion in a hysterical process of labeling of, and the issuing of virtual certificates of approval to Arab citizens. So they declare in the Knesset that “Not everyone is made of the same mantle” and add, “No, we’re not racist, we can differentiate….”

But it’s precisely the differentiation they make that proves not only that its racism but that it is the haughty racism of those who lord over others. What counts is that the right to determine the contents of this concept of coexistence is reserved exclusively to the Jewish majority.

Following the 2005 issuing of the Democratic Constitution [outlining a future vision of Palestinian Israelis] and the Second Lebanon War, Shin Bet chief Yuval Diskin, declared in a meeting with then PM Ehud Olmert in 2007 that Arab citizens constitute a strategic threat to Israel’s existence as a Jewish state. In response to an inquiry from  Balad2’s  journal, Diskin explained that the GSS is committed to thwarting the activities of any entity seeking to harm Israel’s  Jewish and democratic character, even if such activities are conducted through democratic and lawful means.

The use of political persecution, as a legitimate political tool that determines the boundaries of political struggle, actually peaked in 2007, and not today. It was four year ago, when for the first time, political persecution as an explicitly annunciated practice was substituted for the political process and the use of laws. This action aimed to designate “Arab extremists” as the target. Since then indictments were filed against many leaders, activists and Arab MKS. The GSS has summoned about 170 Arab youths and other political activists for questioning.

During the past four years a whole new political discourse has developed around the term “political persecution.” This concept became part and parcel of the public discourse of Arab political parties, Arab press and Arab society. But it remained confined to Arabic-language discourse. It was rarely present in the general [predominantly Hebrew] public discourse.

Those Arab activists and citizens who have not given up, despite everything, on genuine coexistence have placed in recent years two challenges to the Jewish society. The first is a call on Jewish society to stand by them as equal citizens and to the Arabs’ political persecution as presenting a genuine peril to the possibility of true democracy and equality. The second challenge is to respond to the challenge posed by the Arab community’s vision documents and use them as a basis for discussion including an assessment of the nature of democracy and equality.

On that day the Knesset, which was no longer contented with tagging and cataloguing Arabs, and opened its account with those Jews who do not do not desire coexistence with current consensus. The government and the parties of the Right were well stocked with overconfidence, as well as a great deal of willingness and ability to trample upon the rule of law in order to define left-wing organisations as the target of the “parliamentary” committee. The political Right was even more focused: “Human rights and leftist organisations.”

The Right declared last Wednesday that it wants to investigate the legal activities of these organisations. Four years ago, it was the Shin Bet that declared that it would work to prevent legal activity. The General Security Service (GSS) and the Right make the law irrelevant. But this time, in 2011, unlike in 2007, there are voices in the Knesset and in the Hebrew media and even in the public discourse that are beginning to talk about “political persecution.”

The process of incitement and persecution against the “Jewish Left extremists”, set a different dynamic in motion than the persecution of Arab citizens. This time the political persecution is extending to all layers of Jewish society, permeating into political and cultural dimensions that even the Shin Bet and the establishment had not considered.

Perhaps this persecution of the Left may trigger a warning light to Israeli society and its establishment. Nevertheless all of us, but particular Jewish society and especially left-wing organisations must face the challenge that the persecution that changed the rules of the game began in 2007 and not today, and act accordingly.

*The writer is a Member of Knesset for the National Democratic Assembly (Balad) party.

Get Our Weekly Newsletter
Before you go…
A lot of work goes into creating articles like the one you just read. +972 Magazine is nonprofit journalism, owned by many of our writers, editors, and journalists. In order to safeguard that independent voice, we are proud to count you, our readers, as our most important supporters. With your support, we can keep +972 Magazine a strong, independent, and sustainable force helping push the global discourse on Israel/Palestine.
DONATE
More About haneen zoabi 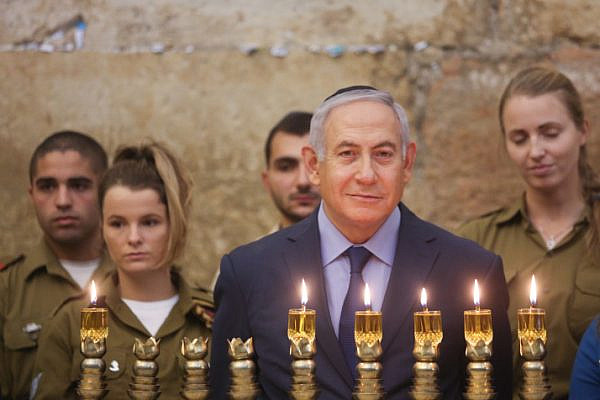 Netanyahu will do all he can to destroy Jewish-Arab alliances
The alliance between Palestinian citizens of Israel and the Jewish left has historically been viewed as a threat to the rule of the right. That’s why Netanyahu is doing everything he can to undermine it. By Eli Bitan The Israeli right knows exactly how to harm the left: by making its alliance with Palestinian citizens…
By +972 Magazine December 10, 2018 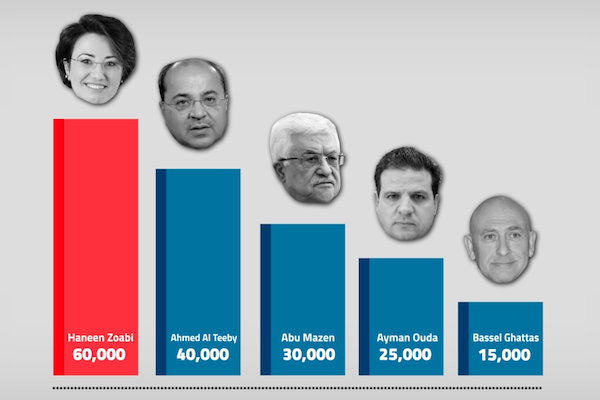 Israelis post anti-Arab racism online every 46 seconds, study finds
A new study shows that Israeli Jews publushed 675,000 racist posts on social media in 2016 — a dangerous increase from 2015, when only 280,000 such posts were published. Every 46 seconds an Israeli Jew publishes a racist or inciting comment against Arabs on Facebook and other social networks, a new study finds. According to the Arab…
By Rami Younis February 13, 2017 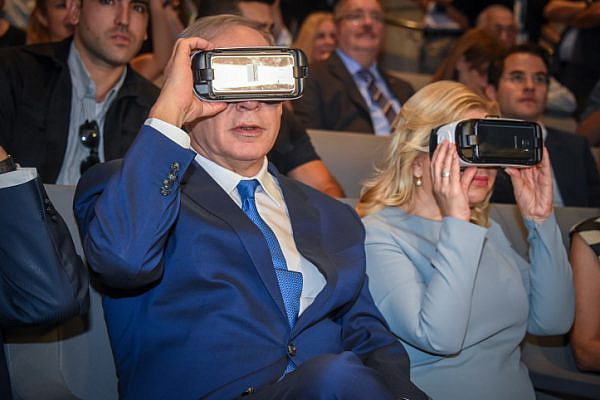 The Israeli Right still hasn’t internalized that Palestinians exist
Arabs are more present than ever in the Israeli public sphere, but attempts to marginalize them are growing at an even faster pace. A new law aimed at pushing Arab representatives out of the political system could wind up changing the rules of the game — in the worst possible way. The Knesset this week…
By Noam Sheizaf July 21, 2016