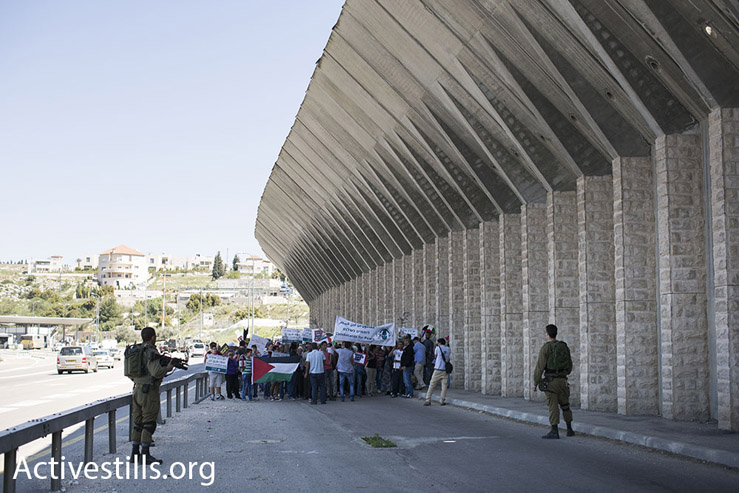 The march set out from the “Tunnels Checkpoint,” the main checkpoint for settlers entering Jerusalem from the southern West Bank settlements of Gush Etzion. 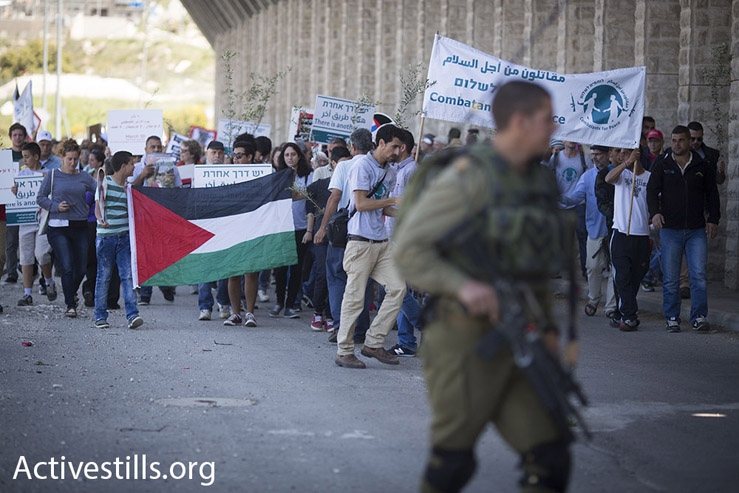 Israeli soldiers and police accompanied the march the whole way. 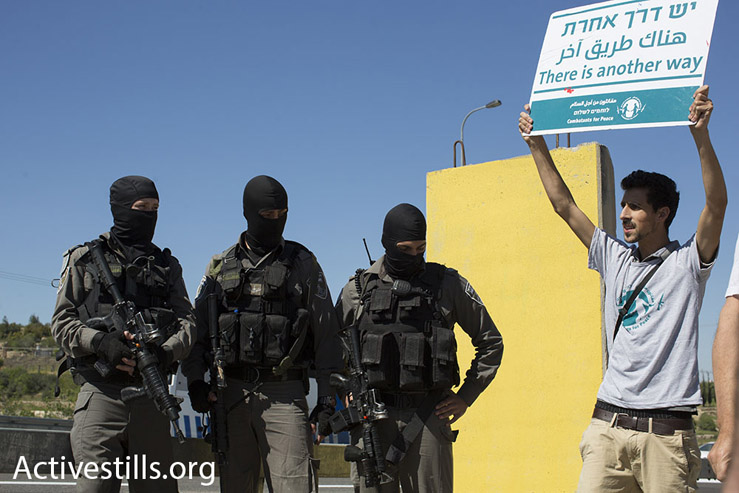 A single right-wing Israeli counter-protester showed up but kept to the other side of the highway where he waved an oversized flag. 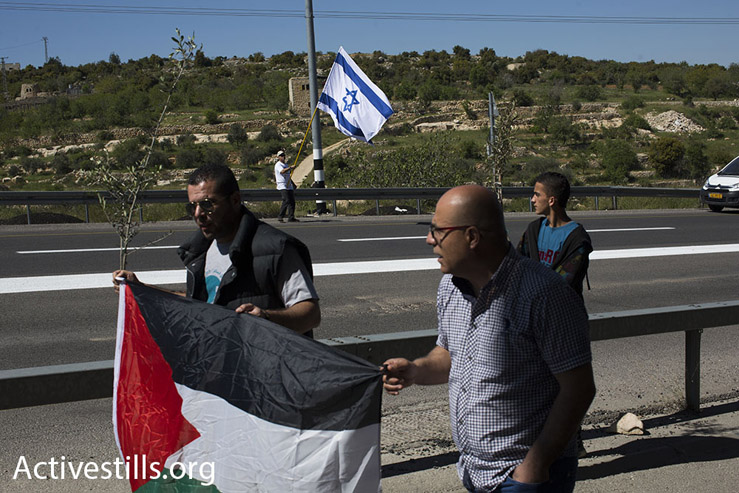 The march has been organized by a consortium of peace and anti-occupation organizations in recent months. On Friday the most prominent organization was Combatants for Peace. The main slogan was: “There is another way.” 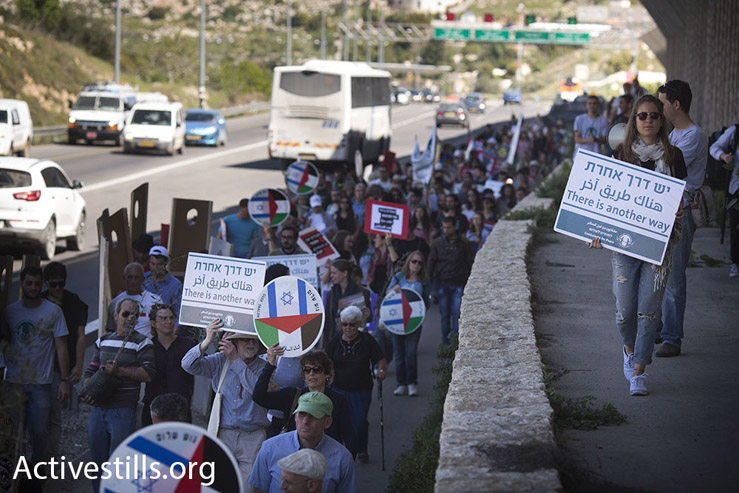 The march ended at Husan Junction, a kilometer and a half south-west of the “Tunnels Checkpoint.” At the turnoff is a sign, common throughout the West Bank, warning Israelis not to enter Palestinian villages and cities. 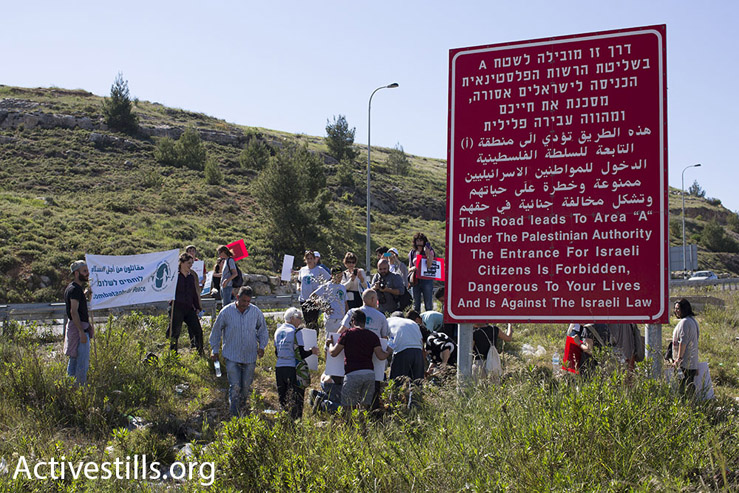