On Holocaust Remembrance Day, Netanyahu talked about how Jewish refugees from Nazi Germany were turned away by countries around the world. Considering the Netanyahu government’s standards for processing asylum claims, would Jewish refugees have been accepted by today’s Israel? 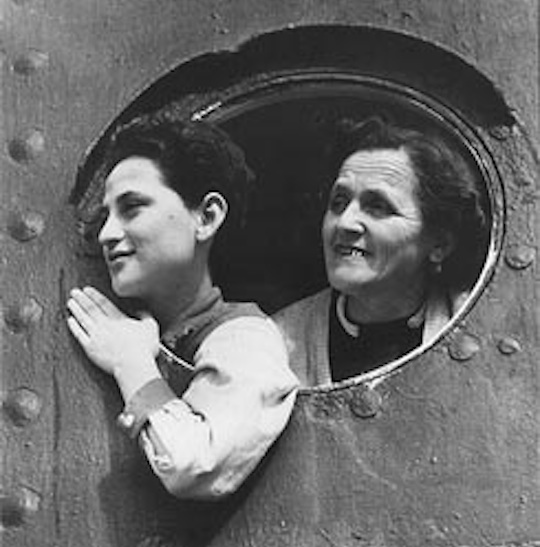 Jewish refugees aboard the SS St. Louis look out through the portholes of the ship while docked in the port of Havana. June 02, 1939 (Photo: Dwight D. Eisenhower Library)

“The gates of [the land of Israel] were locked to Jewish refugees, as were the gates of most countries, if not all of them, including the most enlightened ones.” (Prime Minister Benjamin Netanyahu’s speech on Holocaust Remembrance Day ceremony, April 7, 2013)

Bibi, why are you lying? They’re not refugees.

First of all, everyone knows what the economic situation in Germany was after the First World War. People ran away in order to have something to live on.

Second, when they were asked why they came to the countries they arrived in, they said that they wanted to live better lives than they had in Germany. Real refugees never talk about their quality of life.

Fourth, none of them, not one, filled out forms, nor did they submit asylum requests in any country. Real refugees don’t fill out forms.

Sixth, none of them, ever, was recognized as a refugee. Real refugees are always recognized.

Seventh, if they were real refugees it would have been forbidden to return them to the countries they fled. Despite that, they were returned to Europe – or in a coordinated return immediately after arriving in different countries, or voluntarily after they complained about not being allowed to work and live and that life was really difficult – and no court, ever, said it was forbidden.

Eighth, what was done to them? They conscripted them and sent them to camps in order to work a little for their countries? You didn’t go to the army to serve your country? Everyone who had a grueling army experience is considered a refugee?

Ninth, and to conclude, even if some of them were real refugees – and they weren’t – then how many of them do you have to accept? No, really, if you have such a beautiful soul, and are ready to receive refugees, then say how many. Throw out a number. How many is okay? Two hundred? Two thousand? Twenty thousand? The entire 6 million? What country would take 6 million?

Basically, Bibi, enough with the lies. Take away all of the survivors of this Holocaust of yours, with their complaints, and their wars, and the violence they bring with them everywhere they go, and deal with them in your own back yard.