Around 1,200 members of the Israeli security forces entered Shuafat refugee camp in East Jerusalem on Wednesday morning to oversee the demolition of the home of Ibrahim al-Akri, who killed two Israelis in Jerusalem last year.

Approximately 1,200 members of the Israeli security forces entered Shuafat refugee Camp in East Jerusalem Wednesday morning to demolish the home of a Palestinian who killed two Israelis in a terror attack last year. 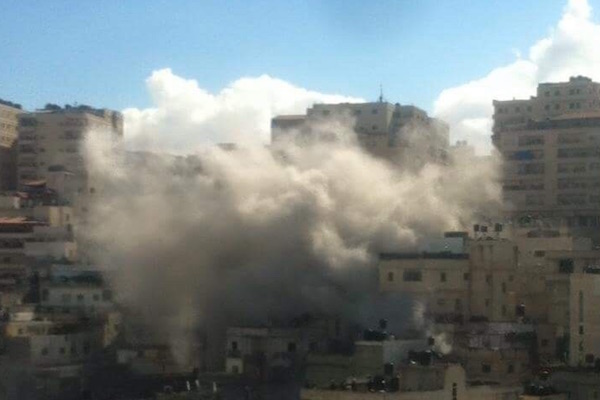 A cloud of smoke rises into the air above Shuafat refugee camp after a home is demolished by Israeli security forces, East Jerusalem, December 2, 2015. (Kamel Jabarin)

The attacker, Ibrahim al-Akri, drove his car into a crowd of people in Jerusalem in November 2014, killing Jadan Asad, a Border Police officer, and Shlomo Aharon Badani. 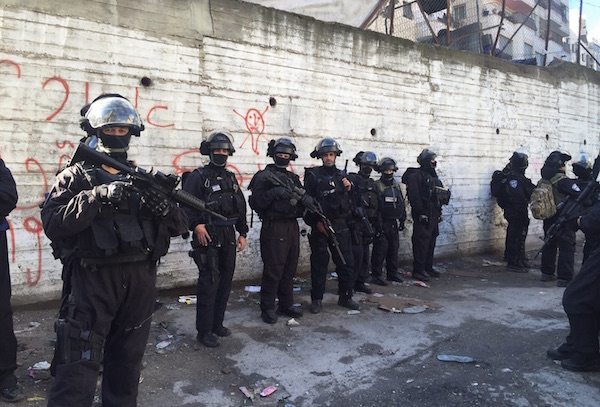 According to Haaretz, clashes broke out between Israeli security forces and Palestinians in the camp, but that al-Akri’s home was demolished as planned. In one video that was shot on-site, a police officer can be heard counting down in Hebrew, before the explosion. A large cloud of dust and smoke can then be seen rising into the air.

The demolition was unusual in that it took place during the day, as Israel generally carries out demolition orders at night. According to Police Spokesperson Luba Samri, the forces confiscated an M-16 and a magazine during the operation. 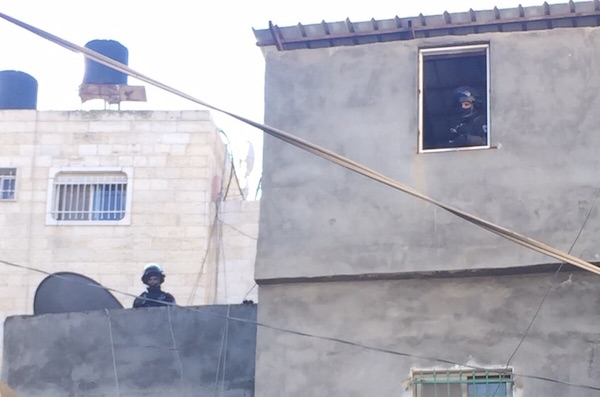 Israeli security forces are seen posted inside and on top of buildings during a home demolition in Shuafat refugee camp, East Jerusalem, December 2, 2015. (Israel Police)

Shuafat refugee camp, which is cut off from the rest of Jerusalem by the separation wall, is one of East Jerusalem’s poorest neighborhoods. The absence of municipal services and its abandonment by the police mean that lawlessness has beset the camp.

The issue of punitive home demolitions has returned to the fore over the last two months amid a wave of attacks against Israelis on both sides of the Green Line. Prime Minister Benjamin Netanyahu recently promised that Israel would act quickly to demolish the homes of Palestinians who have carried out terror attacks. Nonetheless, the Supreme Court has not automatically rubber-stamped these decisions. 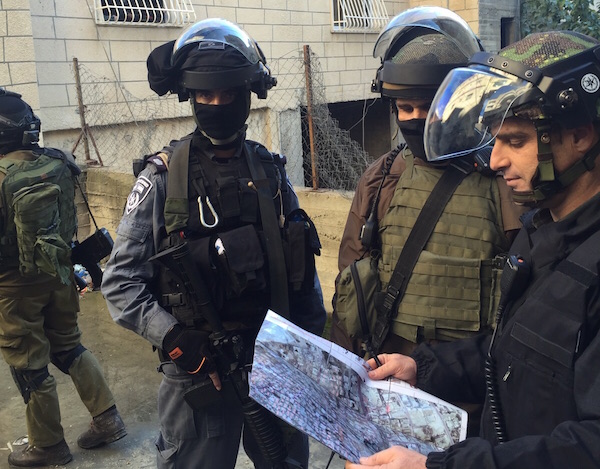 On Tuesday, the demolition of the home of Nur al-Din Hashayeh, who stabbed and killed an Israeli soldier in Tel Aviv in November last year, was canceled by the Supreme Court in a two to one majority. The judges who voted against the demolition wrote that the amount of time that had lapsed between the attack and the decision to demolish Hashayeh’s home undermined the deterrent effect of the demolition. 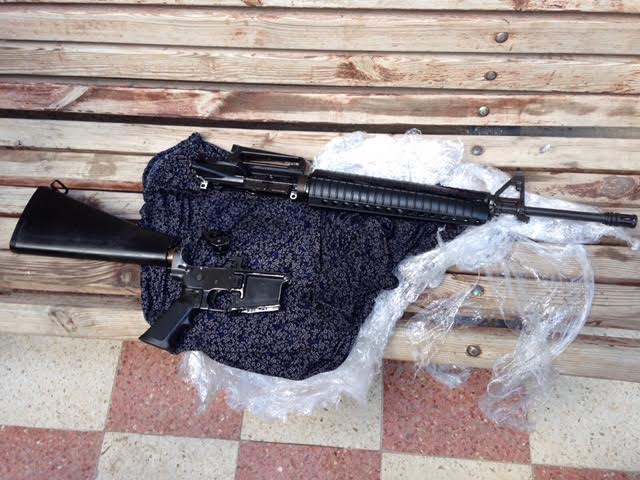 The deterrent effect is Israel’s main justification for demolishing the homes of Palestinians who have carried out terror attacks. However, it is considered a form of collective punishment and is therefore illegal under international law. Furthermore, a committee headed by then-IDF chief Moshe Ya’alon, who is now Israel’s defense minister, found very little evidence to show that demolishing homes has any deterrent effect at all.

The issue of equality before the law has also come up in recent months in the wake of several high-profile incidents of Jewish terrorism. While Israelis leaders have declared their intent to punish Jewish Israelis who have carried out acts of terrorism in the same way as Palestinians, not a single home belonging to a Jewish Israeli has been demolished for this reason. In December 2014, the government argued that demolishing the homes of Jewish terrorists was unnecessary as no deterrent effect was needed in the Jewish community.