Thousands of Ethiopian Israelis and their supporters marched through central Jerusalem on Wednesday to call attention to a recent groundswell of racism and discrimination. 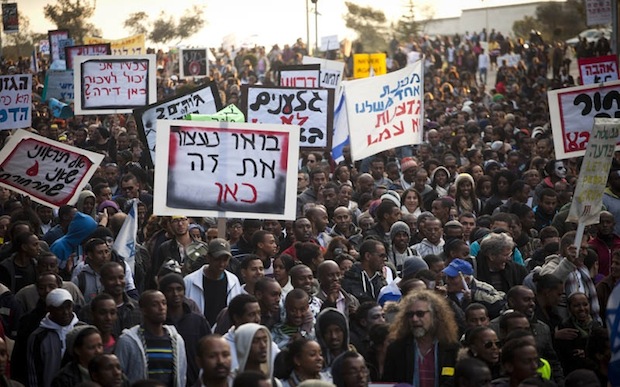 Holding picket signs and shouting “a new generation demands change,” the demonstrators joined a wave of protests triggered by a Channel 2 report last week that a group of homeowners in Kiryat Malachi—a Southern town with a large Ethiopian population— signed a pledge to neither rent nor sell to Israelis of Ethiopian origin.

The news sparked outrage in the Ethiopian community and demands by activists for a response from the government.

Mulet Araru, a 26-year-old university student, led the protest after walking for three days from Kiryat Malakhi, some 60 kilometers from Jerusalem. In a hoarse voice, Araru addressed the crowd, declaring, “I have no other land,” infusing his speech with traditional Zionist rhetoric and slogans.

The protestors marched from the Knesset to Independence Park, with a quick stop in front of Prime Minister Benjamin Netanyahu’s residence in the neighborhood of Rechavia. At the Knesset, opposition MKs Tzipi Livni (Kadima) and Shelly Yachimovich (Labor) addressed the crowd.

The atmosphere seemed tense at times, with activists sprinting towards Netanyahu’s home. Most demonstrators were students of Ethiopian origin, many of high school age. 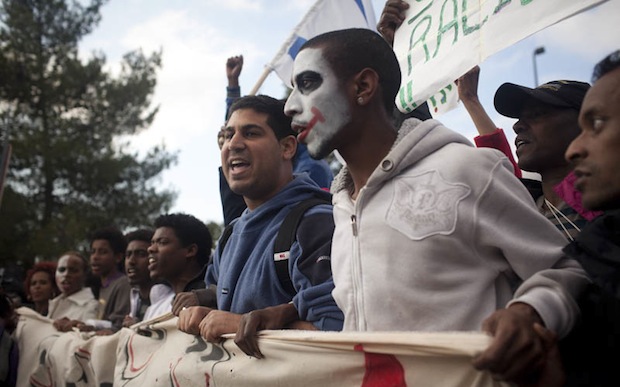 With differing and sometimes competing protest signs, the crowd spanned the ideological spectrum. Some demonstrators hoisted Israeli flags while others clutched photos of Nelson Mandela and sharply criticized Israel’s treatment of their community.

One Israeli-Ethiopian man held a sign asking “Is there a future for me in this state?” Others carried posters appropriating phrases and symbols from the American civil rights movement and black American figures such as Martin Luther King, Jr. and Malcolm X. 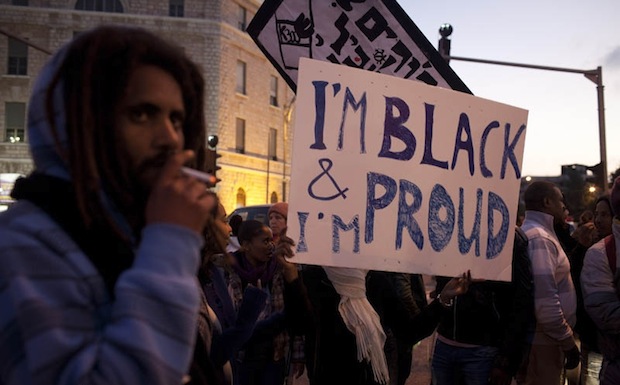 Some 120,000 Jews of Ethiopian origin reside in the country, many of them having arrived in three airlift operations in the 1980s and early 1990s. Many continue to face socioeconomic difficulties, racism and other barriers to social integration – including segregation in schools, and challenges stemming from the Rabbinate’s refusal to recognize the community’s religious leaders. 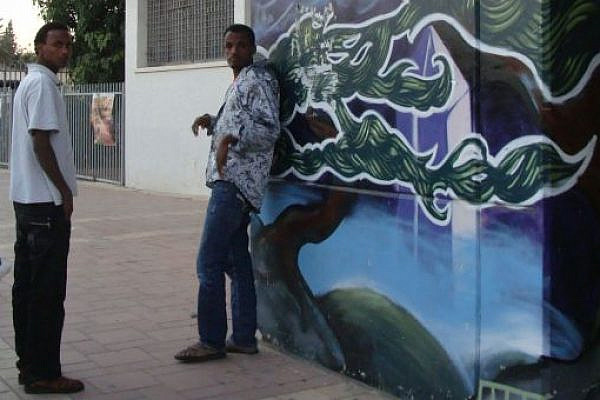 Israelis express support for military, reoccupation of Gaza
I spent Thursday in Kiryat Gat, Kiryat Malachi, Ashkelon and Sderot–the Israeli cities under Hamas fire. I spoke to dozens of Israelis; support for Operation Pillar of Defense was unanimous, though no one thought it would bring lasting peace. Most felt it would bring temporary quiet; many believe that Israel needs to reoccupy the Gaza…
By Mya Guarnieri Jaradat November 16, 2012

A week in photos: Assault on Gaza intensifies
From the death of 12-year-old Hamid Younis Abu Daqqa, whose killing from Israeli gunfire helped ignite the latest escalation, to demonstrations demanding an end to the violence, Activestills presents a week in its Gaza coverage.
By Activestills November 15, 2012 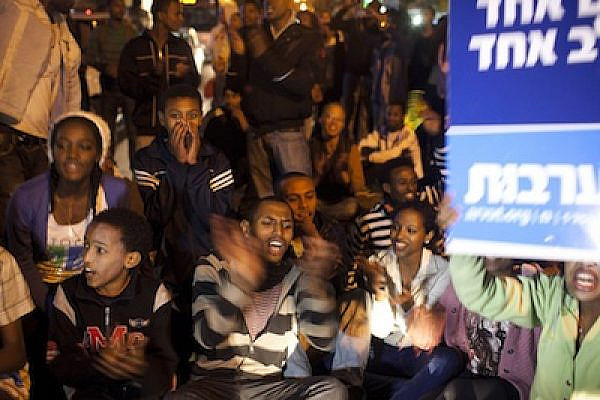 Could it be the start of an Ethiopian Winter?
For the young Ethiopians who began to speak up last week, the frustration is terrific. The test will come in the coming months as the young activists, like the summer protest leaders, try to figure out what comes next. By Don Futterman One week ago, a new generation of young Ethiopian Israelis made their voices…
By +972 Magazine January 26, 2012