Rallies were part of international day of protest. The largest event took place in Tel Aviv, where speakers denounced the new unity government.

UPDATE: A video showing protesters expose and confront an undercover policeman was added to this piece. 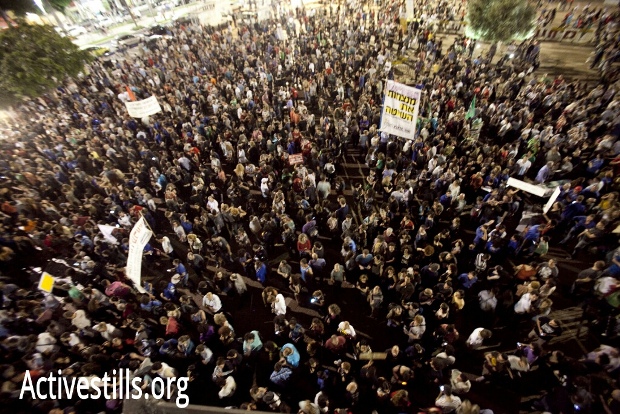 Around 5,000 protesters in Rabin Square. took part yesterday (Saturday) night in what was labeled “the first social justice demonstration of the summer.” Smaller events took place in other Israeli cities. The protest was part of the international May 12 protest movement, and a live feed from similar rallies around the world was displayed in the square.

The demonstration was organized by a network of local activists, and not by the leaders of last year’s J14 movement. It also did not feature any speeches from politicians, though many of the activists who spoke denounced the recent unity deal between Kadima and the Likud. One of the popular slogans in the rally was “the entire nation is the opposition.”

UPDATE: During the demonstration in Tel Aviv, one of the protesters exposed an undercover policeman in the crowd. After following him for several minutes, the protester was approached by another plainclothesman who threatened him with arrest. You can see the entire exchange (in Hebrew) in This video:


Here are some more images from the rally. 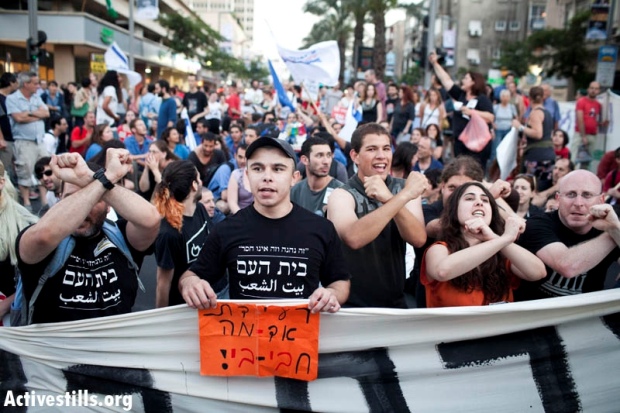 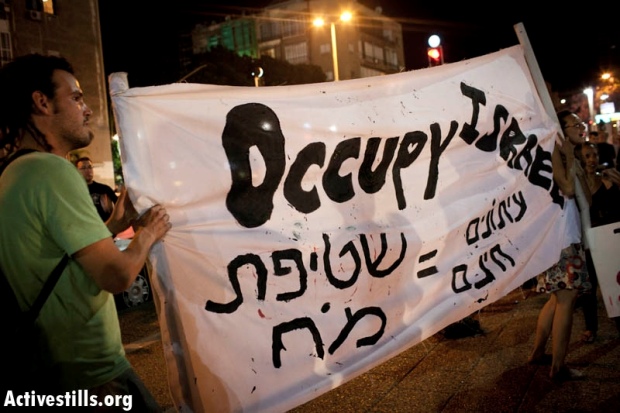 A sign in social protest rally in Tel Aviv, May 12 2012. Hebrew text - "free papers = brain wash" refers to the freebie Israel Hayom, which is known for its support for Prime Minister Netanyahu (photo: Oren Ziv, Activestiils) 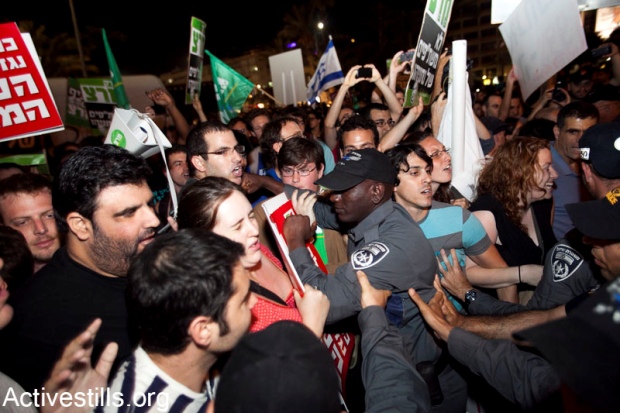 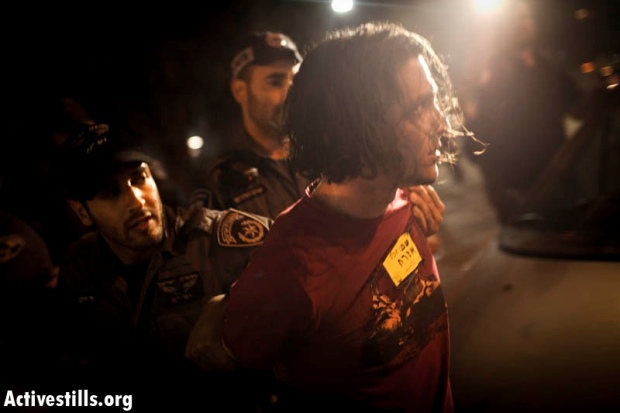