Israeli forces are preparing to demolish and displace the entire Palestinian village of Khan al-Ahmar. European diplomats attempt a solidarity visit but aren’t allowed to enter. The demolition is part of Israel’s ‘E-1’ plan to dissect the West Bank, isolate East Jerusalem. 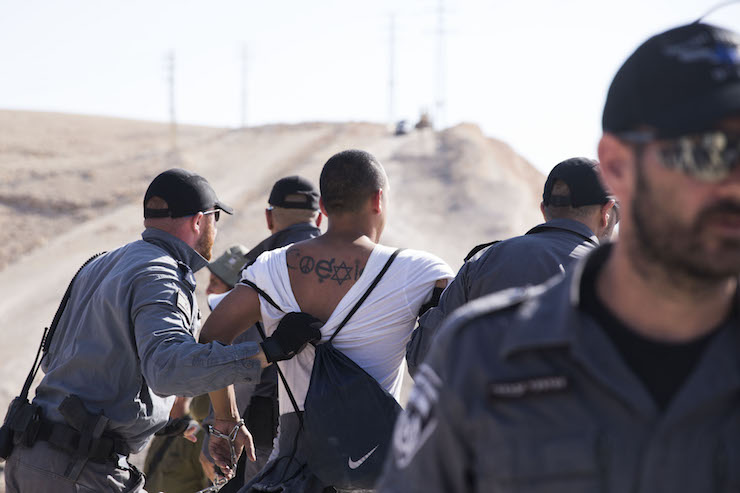 Israeli police and army officials showed up in the Palestinian village of Khan al-Ahmar with bulldozers and other heavy equipment for the second day in a row on Thursday, preparing for the impending destruction and forcible displacement of the entire village.

Police arrested three of the internationals, and later confined the rest of the solidarity activists in the village school’s courtyard.

Swedish, Irish, Norwegian, Dutch, British and other diplomats visited Thursday morning but left after police wouldn’t allow them to actually enter the village. Police attempted to block more activists and journalists from coming to the village, going so far as to ticket any cars attempting to drop them off on the side of the road. 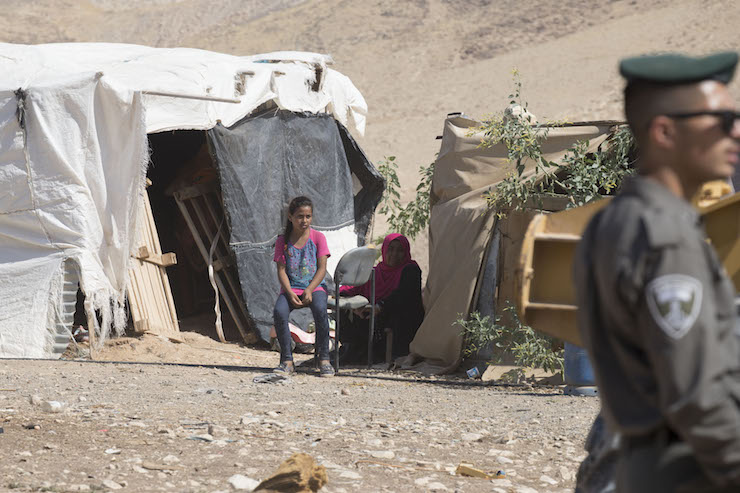 The impending destruction and displacement of Khan al-Ahmar, expected to take place any day now, has been called a war crime by rights groups like B’Tselem and condemned by various foreign governments.

“Even though this is just preparation, in reality the demolition is begun,” said one activist who has been staying in the village in solidarity with its residents. “They haven’t demolished any homes but it seems the village’s fate has been sealed.”

The destruction of Khan al-Ahmar and displacement of its residents is part of Israel’s plan to expand its settlements in the E-1 area, which if completed, “would dismember the potential Palestinian State into two, non-contiguous cantons and seal off East Jerusalem from its environs in the West Bank,” describes a position paper by NGO Terrestrial Jerusalem. 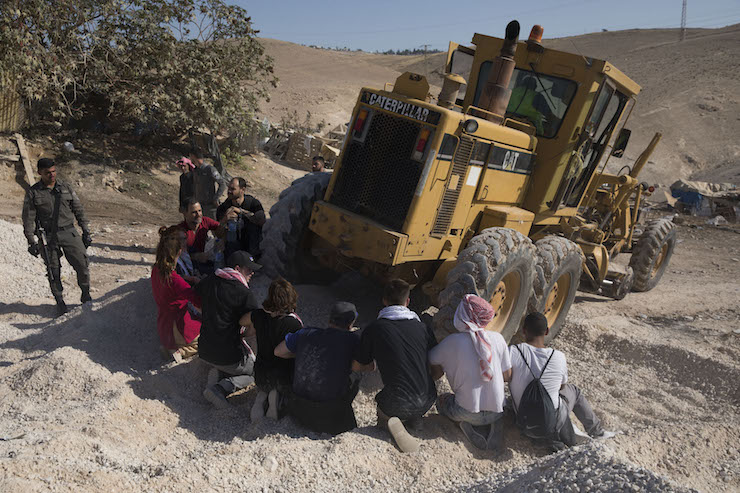 In the past, pressure by American and European diplomats succeeding in staving off demolitions that seemed imminent. In the weeks since the Israeli High Court gave its final go-ahead for the village’s destruction, Khan al-Ahmar has again become a site of frenzied activity, including protests, press conferences, and Israeli and international activists and journalists driving up and down the unpaved road that leads to the village.

The struggle of Khan al-Ahmar is the latest chapter in the Jahalin Bedouin tribe’s 70-year-long history of dispossession and forced relocation by the Israeli government. 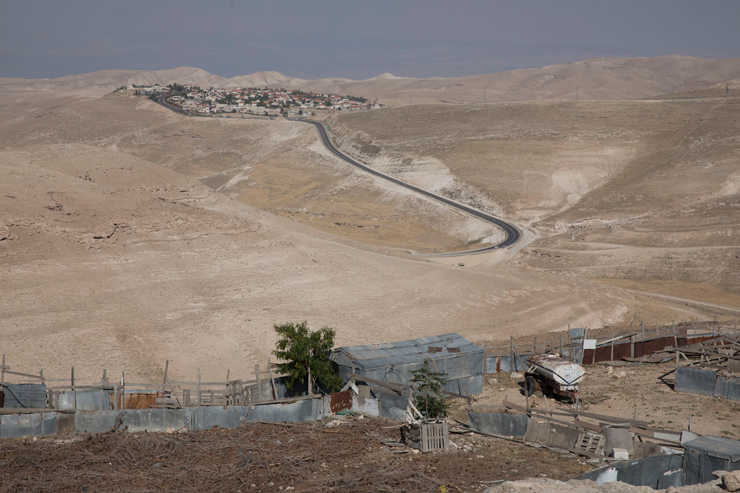 A view of al-Jabal, where Israel wants to forcibly move the residents of Khan al-Ahmar, with the Israeli settlement of Kedar in the background, June 12, 2018. (Oren Ziv/Activestills.org) 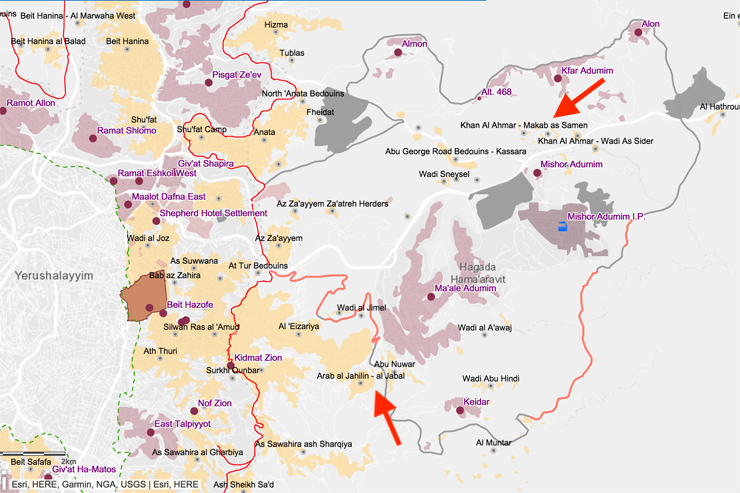 After being pushed out and bused to their new homes in al-Jabal, each family received a shipping container to live in, where they lived for over three years.  A 1998 United Nations reportcondemned “the manner in which the Government of Israel has housed these families in steel container vans in a garbage dump in Abu Dis in subhuman living conditions.”

Joshua Leifer contributed to this report. A shorter version of this article also appears in Local Call in Hebrew. Read it here.