The suspect in the stabbing is a white Israeli man who fled the scene. All three Eritreans reportedly suffered light injuries. 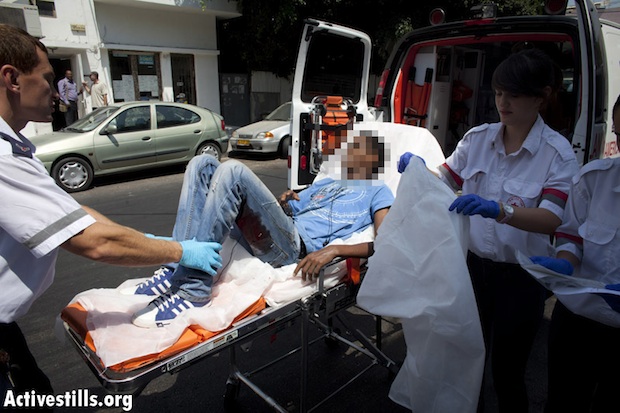 At around 11 a.m. this morning (Tuesday), a man entered an internet cafe in the Shapira neighborhood of south Tel Aviv, stabbed three Eritrean asylum seekers who were inside, and fled the scene. One man was reportedly stabbed in his back, another in his knee and the third in his hand. The stabber has not yet been identified but is alleged to be an Israeli male. UPDATE: An Israeli resident of south Tel Aviv, aged 38 and reportedly mentally ill, has been arrested by police in connection to the stabbing incident.

Isias Tesprem, the owner of the store  who has been in Israel for five years, said he has never seen the man before and had no idea what he wanted. “I never expected anything like this to happen – we have no outstanding debts and have not hurt anyone.”

All the three men suffered light injuries. Two of them were taken to Ichilov Hospital and the third received medical attention on the scene. 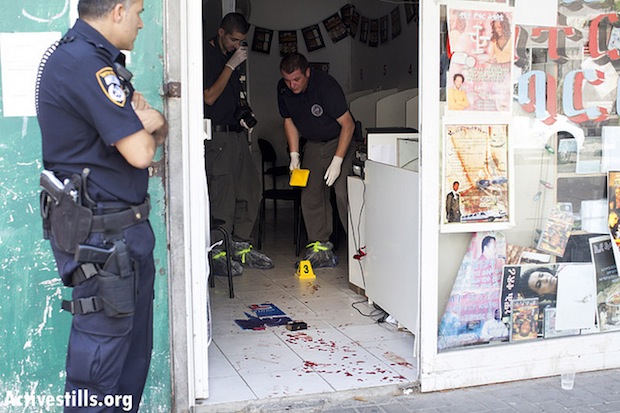 This is not the first time African asylum seekers have been targeted in violent attacks. In April, four houses and one kindergarten in the same neighborhood in south Tel Aviv were hit within the same hour by Molotov cocktails. And just two weeks ago, an Eritrean couple were hospitalized after an arson attack on their Jerusalem home. 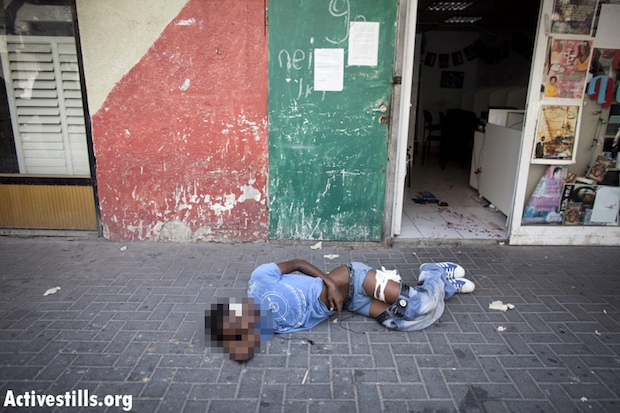