Netanyahu has tirelessly tried to spin the Iran nuclear deal as dangerous, but the prime minister’s propaganda campaign has drowned out reasons why the agreement actually benefits Israel and the Middle East. 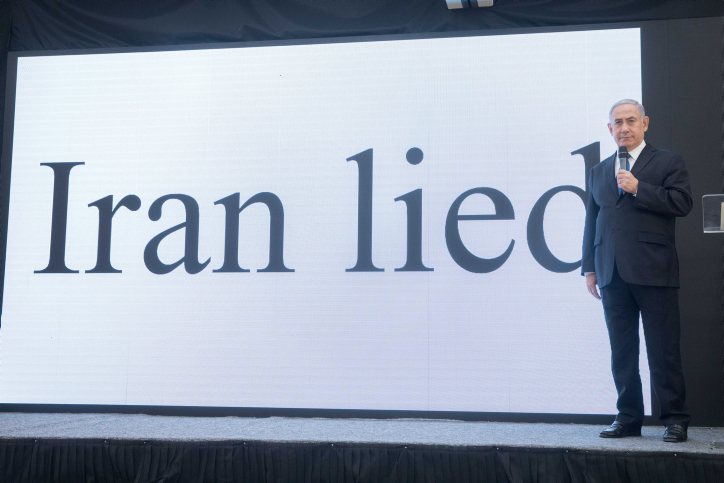 Prime Minister Benjamin Netanyahu rushed to praise President Donald Trump on his “important and brave” decision to reinstate sanctions on Iran, just as he had done after every Trump initiative sought to end the Iran nuclear agreement. For both leaders, smashing the Joint Comprehensive Plan of Action (JCPOA), commonly known as the Iran nuclear agreement, is a high priority.

In his meeting with U.S. National Security Advisor John Bolton in mid-August, Netanyahu commended Trump for abandoning the “terrible” nuclear deal. In that same meeting, Netanyahu repeated his favorite, groundless claim that the nuclear agreement “has not blocked Iran’s path to a bomb,” but has in fact “paved Iran’s path to an entire nuclear arsenal.” Netanyahu’s and Bolton’s statements on the urgent need to prevent Iran from developing nuclear weapons are part of a package of misleading claims intended to speed up the annulment of the nuclear agreement.

Despite Netanyahu’s speeches in international forums about the “flawed agreement” that will enable Iran to quickly develop a nuclear arsenal, European leaders have not been convinced. In an immediate joint response to Trump’s announcement, the U.K., German and French governments, which are signatories to the nuclear agreement, expressed strong opposition to the reinstatement of the sanctions. The European governments reiterated their commitment to the agreement and emphasized that Iran was in full compliance with the JCPOA, and that the deal was essential to the security of Europe and the Middle East. 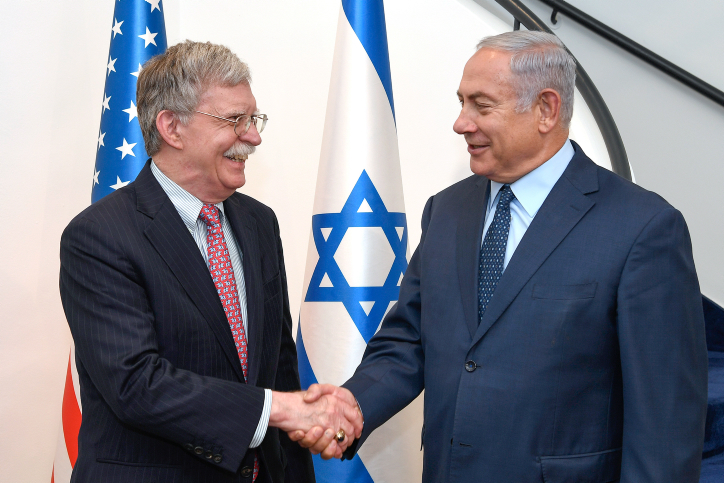 The “giant leap to the Iranian bomb” theory, advanced by Netanyahu and supported by Israeli pro-establishment think tanks, is misleading. There is no factual basis to Netanyahu’s claim that Iran will be able to develop “an arsenal of one hundred atomic bombs” within weeks. (See my analysis of Netanyahu’s Chatham House speech, for example.)

That Iran scrupulously adheres to the agreement can be seen from hundreds of international Atomic Energy Agency (IAEA) inspection visits since the deal went into effect three years ago. The monitoring regime involves snap inspections, including of undeclared sites. The Additional Protocol that Iran signed in July 2015, in parallel to the nuclear agreement, makes this strict monitoring system possible. The Additional Protocol instructions are permanent and unlimited in time. In 2017, for example, the IAEA carried out 35 snap visits based on intelligence information — about once every 10 days. The head of the IAEA emphasized that the inspectors were given entry to “all the sites and locations in Iran which we needed to visit.”

This is in contrast to anonymous Israeli claims of violations and refusal of entry to IAEA inspectors. The Israeli arguments appear to be a recycling of pre-agreement era claims – some of which were at the time supported by evidence – that Iran was cheating. What more, Israel is one of the few countries in the world that is not party to the Treaty on the Non-Proliferation of Nuclear Weapons (NPT). As such, it benefits from the almost-universal ban on the spread of nuclear weapons without having to sign the treaty.

In contrast to Netanyahu’s claims, professional Israeli agencies – including the military intelligence branch responsible for Israel’s national intelligence estimate and the Israeli Atomic Energy Commission – are opposed to the annulment of the agreement with Iran. In their view, upholding the agreement constitutes a positive contribution to Israeli national security. Statements from Israeli intelligence professionals who support the agreement are drowned out by the brouhaha of how bad the agreement is. The Israeli public, which is continuously bombarded with pronouncements from the Prime Minister’s Office about an imminent Iranian bomb, is not aware of the strategic advantages of a nuclear agreement with Iran. 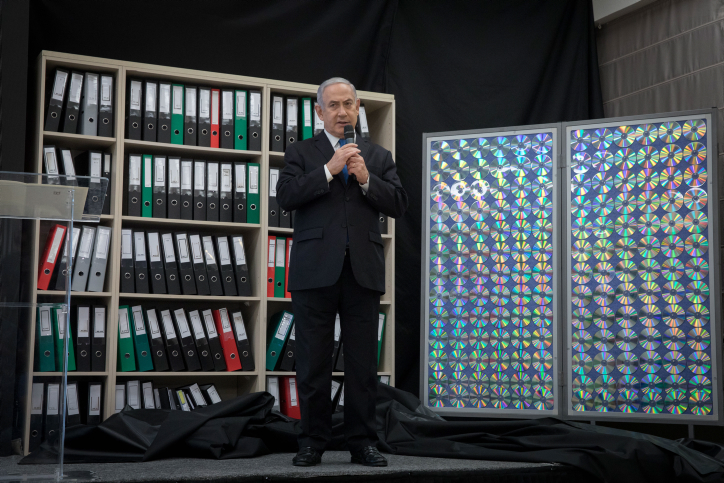 The biggest advantage of the nuclear agreement and its extensive IAEA monitoring is that it blocks Iran’s path to nuclear weapons, and removes the single territorial threat to the State of Israel’s existence and security. A nuclear threat stands above and goes beyond all military threats facing a state.

Second, the agreement brought about the removal of most of the enriched uranium that was stockpiled in Iran (about 10 tons). Only a small amount (300 kg) of low enriched uranium remained, for civilian use only, and it is subject to a tight monitoring system, thus preventing a fast track to a bomb.

Furthermore, the JCPOA has removed Iran’s capability to develop a plutonium bomb in parallel to the enriched uranium route. It is worth recalling that the buzzword “Arak” has surprisingly disappeared from the discussion on Iran. The dismantling of the heavy water reactor in Arak, and the ban on the extraction of plutonium prevented the possibility of developing a compact plutonium warhead on a missile.

The agreement also mitigated ambiguity around the Iranian nuclear program, and relieved the fear of a new state in the Middle East developing nuclear weapons. As a result, the danger of a nuclear arms race has been drastically reduced. In the absence of an “Iranian incentive,” the other players in the region, such as Saudi Arabia and Egypt, are not motivated to develop a bomb. In many ways, the nuclear agreement with Iran has closed the door on a multi-nuclear Middle East.

The Iran deal has pulled the rug out from some Israeli thinkers who believed that it was necessary to make a “conceptual switch” from ambiguity to open nuclear deterrence. There is no point in open deterrence against a non-existent nuclear threat. The JCPOA has relieved us of the need to deal with the essential flaws of a Middle East version of the “living with the bomb” school of thought, which imagines an unstable region without any organized control and command mechanisms, without hotline communications between the sides, and in constant danger of first strikes, because of technical failures or misunderstandings and mistaken intelligence interpretations. The results of “living with the bomb” in our region would be unstable mutual deterrence with a built-in first strike tendency.

In non-apocalyptic language, we have been saved from an undesirable outcome. The wonders of global diplomacy have provided Israel and the region a deal with Iran which introduced the most intrusive and sophisticated monitoring regime in nuclear history. In the not-so-immediate future, the Iran nuclear agreement and its monitoring devices could serve as a model for constructing a nuclear weapons free zone in the Middle East.