Resolving the Palestinian-Israeli conflict is not impossible, but success requires bold measures and the courage to see them through. Following more than two decades of peace talks, the international community should give the law a chance.

The international community must not stand idly by as Israelis and Palestinians move ever faster along a trajectory that will end in tragedy for both peoples. Averting that outcome will require a bold new approach based on international law. 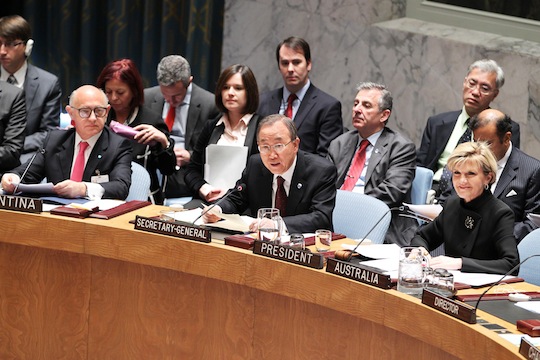 Following the hideous violence last summer – the brutal tit-for-tat murders in the West Bank and the thousands killed during “Operation Protective Edge” in Gaza – the conflict seems poised to escalate in dangerous new ways. Rather than defusing the situation, Israel’s government is fanning the flames: stepping up land confiscation in the West Bank; threatening to disrupt longstanding arrangements for the sharing of holy sites; and pursuing discriminatory legislation that would further subordinate and estrange Israel’s Palestinian citizens.

Indeed, as Israel’s occupation of the Palestinian territory approaches half a century – more than twice as long as Israel lived within the Green Line – it grows more firmly entrenched every day. At the same time, Palestinians in the West Bank are further squeezed into an archipelago of enclaves, most aspects of their lives controlled by a military administration that is unaccountable – and hostile – to them. And Israel’s so-called disengagement from the Gaza Strip has yielded not an end to occupation, but a virulent new form of it characterized by seven devastating ground operations in nine years and paralyzing restrictions on movement and trade.

As a result, Palestinian economic and political life remains fragmented and stagnant, undermining two decades of investment in state-building and security cooperation.

The international community is not powerless to alter these dynamics. But change will not come from blithe support for further rounds of aimless negotiations, occasional statements of solidarity or censure, or infusions of budgetary support to the Palestinian Authority (PA). Indeed, the international community’s longstanding approach to conflict management compensates for Israel’s breaches of obligations as an occupying power, creating a problem of moral hazard in which Israelis lack incentives to alter dangerous policies because their costs are borne by others. 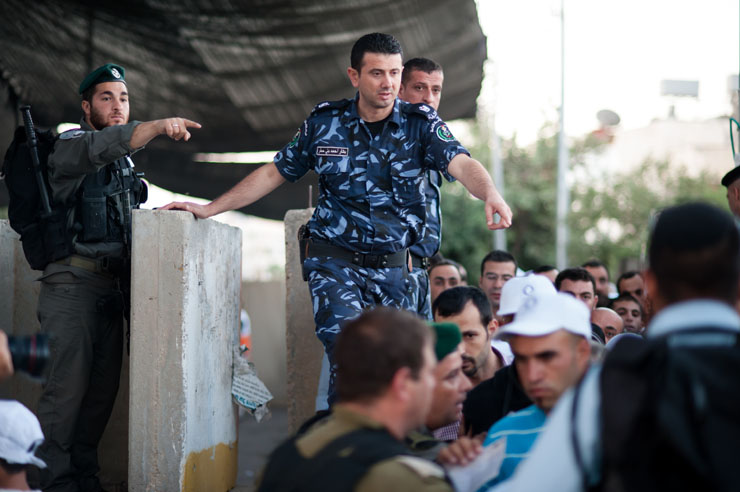 Palestinian Authority police (right) together with Israeli border police (left) control Palestinian access to Jerusalem, at the Bethlehem checkpoint on the last Friday of Ramadan, August 17, 2012. This Ramadan, Israeli authorities only allowed males under 12 or over 40 access without a special permit; females of all ages were allowed to pass freely.

What is needed is a coherent and sustained effort by the international community to enable Palestinians to secure their fundamental rights as individuals and as a people. International recognition of Palestine – and, by extension, of the Palestinians’ right to self-determination in their homeland – is an important part of that effort. But it must be complemented by unequivocal non-recognition of the legitimacy of Israel’s continuing presence in the Palestinian territory, as well as further steps to define the framework for an eventual negotiated settlement.

As a first step, the international community should act to clarify the legal obligations, not only of Israel and the Palestinian Authority, but also of third states. All states, after all, have the duty to ensure respect for international humanitarian law and to cooperate to bring an end to serious breaches of fundamental norms, such as the right to self-determination and the prohibitions of racial discrimination and apartheid. To this end, the UN General Assembly should request a new International Court of Justice (ICJ) advisory opinion assessing the lawfulness of Israel’s occupation of the Palestinian territory in view of its duration and colonial aspects.

Similarly, donors active in Palestine/Israel should undertake legal impact assessments to ascertain whether their respective policies and programs are consistent with their obligations under international law. And the Government of Israel should be pressed to repudiate the Levy Report, which rejects the applicability of international humanitarian law in the occupied territory, and to recognize explicitly the Palestinian people’s right of self-determination, just as successive Palestinian governments have been called upon to recognize Israel.

Second, the international community should revisit policies that help perpetuate the occupation, establishing tangible incentives for bringing it to an end. Some leading donors have threatened to sever assistance to the PA in order to pressure Israel. Instead of this indirect approach, which poses considerable risks, the international donor community should demand a financial contribution from Israel to the expense of running the PA commensurate with its obligations as an occupying power.
Coordinated mechanisms should also be developed for tracking – and holding Israel accountable for – the wrongful destruction and confiscation of donor-financed assets, particularly in the wake of the Gaza war last summer. 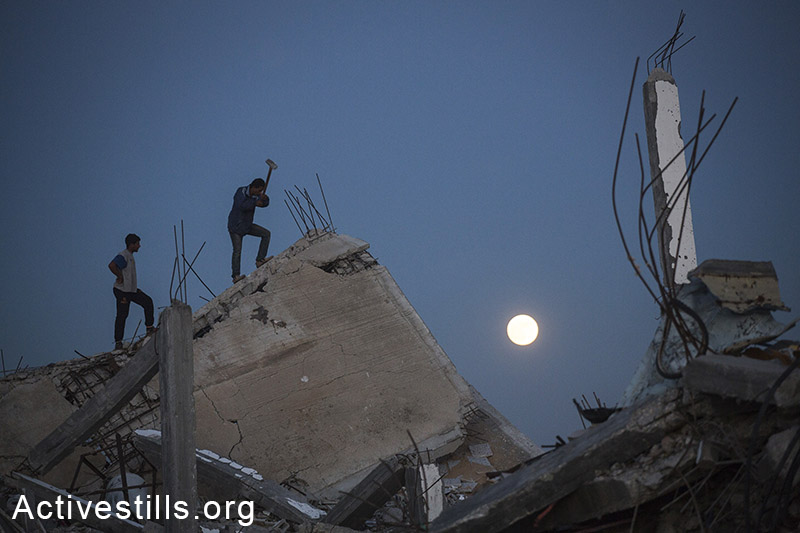 In addition, the international community should progressively implement positive incentives for ending the occupation: first ensuring that Israeli entities in the Palestinian territory cannot benefit from privileges extended to Israel in international agreements, then prohibiting material support to such entities, and promoting individual accountability through criminal prosecutions, the freezing of assets, and travel restrictions of the kind recently imposed in response to the Ukraine crisis.

Third, international assistance should be focused on reversing the fragmentation and stagnation in Palestinian political and economic life, by expanding Palestinian institutions’ capacity to serve and represent Palestinians across the occupied territory (especially Area C and Jerusalem), as well as in the diaspora. The time has also come for the international community to evaluate how existing coordination mechanisms and institutions, such as the Quartet, OQR, AHLC, and USSC, can be reconfigured to increase their ability to influence Israeli policy.

Fourth, the international community should act multilaterally to elaborate on and endorse the desired contours of a Palestinian-Israeli peace settlement. The United States should be pressed to support a Security Council resolution calling upon Israel to end its occupation of the Palestinian territory and defining parameters for a negotiated peace settlement, in accordance with the consensus articulated by the UN General Assembly and the Arab Peace Initiative. At the same time, support should be given to efforts to re-imagine the two-state solution in ways that make it more responsive to both sides’ historical and religious attachment to all of the Holy Land and more durable in the face of developments on the ground.

Resolving the Palestinian-Israeli conflict is not impossible, but success requires bold measures and the courage to see them through. Following more than two decades of unmoored peace talks, the international community should give law a chance.

Hiba Husseini and Omar M. Dajani are authors of the report Past the point of no return? A rights-based framework for international engagement in Israel/Palestine, written for the Norwegian Peacebuilding Resource Centre (NOREF).

Hiba Husseini, Juris Doctor, is a managing partner of Husseini & Husseini Attorneys and Counsellors-at-law in Ramallah, Palestine; the firm serves a large domestic and international client base on a wide range of business law matters. She chairs the Legal Committee to Final Status Negotiations and has served as a legal adviser to peace negotiations since 1994.

Omar M. Dajani is a professor of law at the University of the Pacific’s McGeorge School of Law. Previously he served as legal adviser to the Palestinian team in peace talks with Israel and as policy adviser to the UN Special Coordinator for the Middle East Peace Process.

Related:
100 ex-generals to Bibi: Reach a Palestinian, regional accord now
Israel’s UN ambassador puts another nail in the two-state coffin