For Israeli left-wing voters, nothing is more important than overthrowing Netanyahu. Yet despite their common cause, the left remains anything but united and it is polling at unprecedented lows. 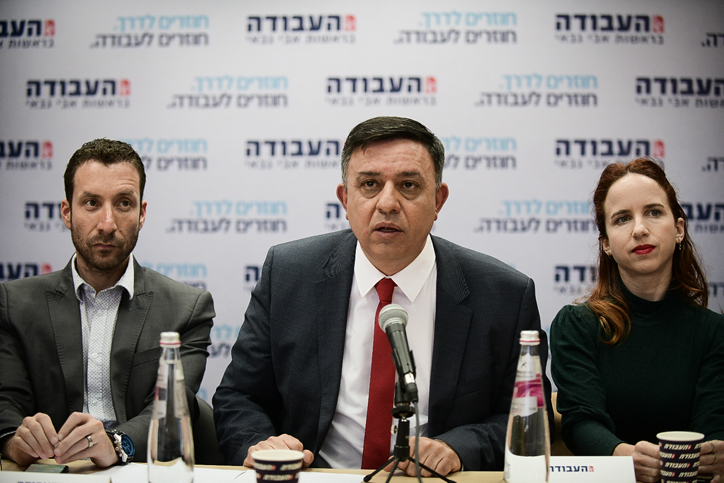 There is one thing shared by nearly every Israeli who does not define her or himself as right-wing: a profound desire to oust Benjamin Netanyahu. And yet, despite all their efforts, none of the left-wing parties today look capable of doing so.

Polls show the left-wing Meretz party hovering near the four-seat minimum threshold to enter Knesset. and at least one poll had Labor down to just five seats in recent weeks. After Ahmad Tibi’s recent announcement that he would leave the Joint List and run independently, the two Arab parties reach 12-13 combined seats in most polls, the total representation of the Israeli left — notwithstanding wide variations between them — could be down to 21 seats (4, 5 and 12). Such a result would be unprecedented. These parties won 42 seats in the 2015 elections. When Labor had its lowest showing ever in 2009, the total still reached 27 seats.

Nearly 20 years after the Second Intifada precipitated the collapse of the Israeli left, it’s time to stop asking what happened. The real question is why after so many years has the left failed to resurrect itself — and whether it could do so in the future?

In the mid-2000s a fresh generation of leaders who were either young or new to politics seemed poised to put the party back on the map. Campaign billboards in 2006 showed “the team” — beaming faces including Ofir Pines, Yuli Tamir, Ami Ayalon, Avishai Braverman, Shelly Yechimovich, Eitan Cabel and the newly-elected leader Amir Peretz, who was generating a wave of excitement.

Tamir, Ayalon, Braverman and Pines have since abandoned politics altogether. Similarly, journalist Daniel Ben Simon entered Knesset during the term from 2009-2013, and then left.

If leaders flee, is it any surprise that voters do as well? This week, the Labor Party elected a young and energetic crop of leaders to its top slots, while Meretz will hold its primary on Thursday. Can the two parties most closely associated with the left avoid the same fate?

I asked some of those would-be leaders from the mid-2000 what went wrong. Their answers ranged from the personal to the political to the profound. Both Ben Simon and Ayalon felt they weren’t personally suited for what I call the “politics of politics.” This includes the necessary wheeling-and-dealing within each party, or the grunt work of legislative activity: reviewing each bill, doggedly submitting revisions. “You feel like a clerk,” said Ben-Simon, recalling his idealistic vision of truly influencing policy.

But personality mismatch is actually in itself political. Ben Simon resented the legislative grind primarily because “we participated in 1,500 votes and didn’t win any.” The feeling of being ineffective was soul-crushing. “Whether we showed up or not — it didn’t matter.” Ami Ayalon, the former head of the Shin Bet, also recalled, painfully, that beyond the legislative tasks he felt limited in his ability to influence policy, especially after narrowly losing a Labor leadership primary to Ehud Barak in 2007. Each wanted to have greater influence, which ultimately meant joining the governing coalition. 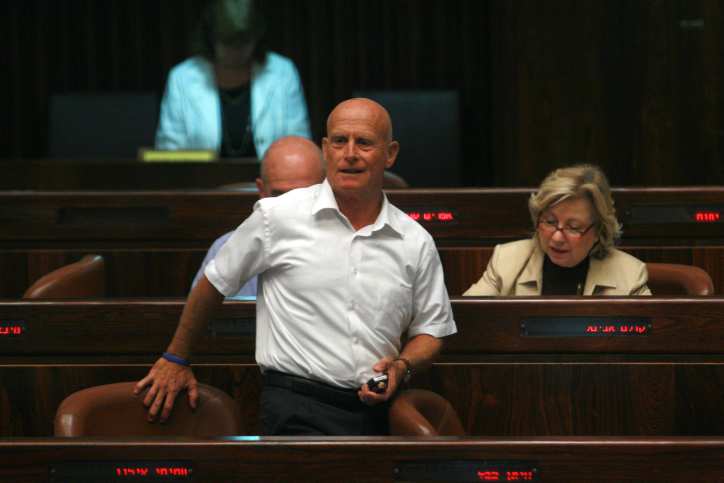 Former Labor MK Ami Ayalon seen in the Knesset before his swearing in, September 24. 2004. (Olivier Fitoussi/Flash90)

By 2009, coalition membership had become a devil’s bargain. Netanyahu was re-elected that year and has led every government since. It was also the year Ehud Barak decided Labor would join Netanyahu’s coalition. Yuli Tamir recalls the moment as “the beginning of the end.” She left by February of 2010 — around the time Pines and Ben Simon left as well.

Barak’s decision was one of several that indicated party leaders felt Labor needed to tack right to win votes from a society that had shifted sharply right. That could mean proving security credentials, as Amir Peretz tried to do by accepting the post of Defense Minister in 2006 with no experience in the military field. Yechimovich would try to ignore the conflict in her campaign message in 2013, and in 2015 then-party head Isaac Herzog made plaintive references to his background in the 8200 intelligence unit. This time around, Labor leader Avi Gabbay, who was elected party chair in 2017, has simply made so many right-wing appeals that he quickly alienated nearly everyone.

Tamir believes that pandering to right-wing attitudes is a mistake. “I’m sorry to say that I was right,” she says, regarding her criticism of Labor joining Netanyahu’s coalition in 2009. “They think it will bring right-wing voters, but it doesn’t.” Referring to Gabbay, she noted that not only did the strategy fail to win right-wing votes, the attempt to turn Labor into something else actually hurt the party.

Tamir believes the only course of action is to embrace Labor’s core values. She is also realistic: “I can’t say it will bring more votes, but at least we’ll be responsible with our values in politics,” she says. 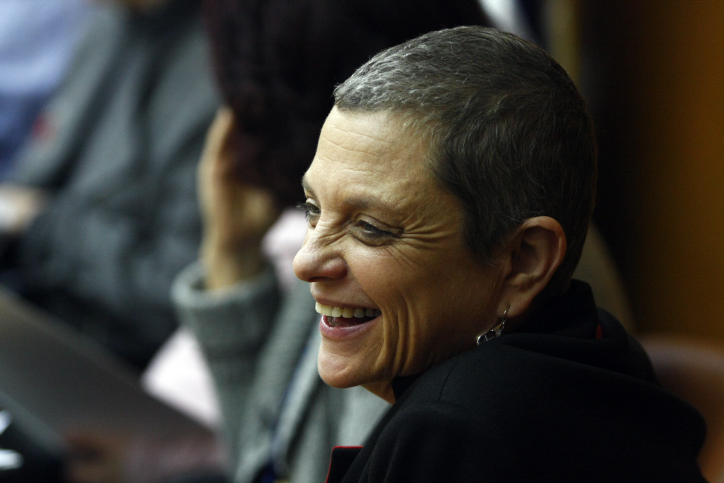 But what exactly are those values? It’s easy enough to say that in Israel, the left-wing stands for peace through territorial compromise, mainly through a negotiated solution. The left claims to stand for a social-democratic economic system that encourages greater equality, and supports minority rights, civil rights, and liberal values.

Ami Ayalon thinks that these very values are on the decline, in Israel and in general. The global trend is moving right, he argues, mainly expressed in the preference for collective identity rather than the individualism that has become so deeply associated with the left. Ironically, considering the socialist and collectivist roots of the left in Israel, the camp has moved towards a strong focus on individual rights — including through promoting universal human rights, civil rights in Israel, and the defense of Palestinians in the occupied territories.

In the argument between tribalism and cosmopolitanism, what does tribalism actually mean? Ayalon says these voters prioritize collective identity over the idea of individual rights. The right-wing, he says, will sacrifice individual preferences to defend against threats — real or perceived — to their culture or to the material well-being of their group.

As Ayalon spoke, I realized that not only will voters who prioritize collective identity sacrifice Palestinian human rights or the individual rights of minorities in Israel — they are prepared to sacrifice their own individual desires for the sake of their group. That could mean falling in line with party decisions, or voting Likud, as a taxi driver once told me, “even though we know it’s bad for us, just like cigarettes.”

Perhaps left-wing leaders prefer a pure commitment to their ideas, and if they can’t act on them personally, they’d rather leave.

This explains the anatomy of fear: rallying the collective identity round the flag of that specific in-group. Ayalon explains that terrorists wish to sow fear, but instead of demonstrating that Israel rejects fear, Netanyahu and the right exaggerate it, knowing that fear unleashes a force of collective support stronger than other quotidian concerns. Racism comes easily. In this view, a single terrorist represents Palestinian collective identity, because they view themselves as a part of a collective identity. 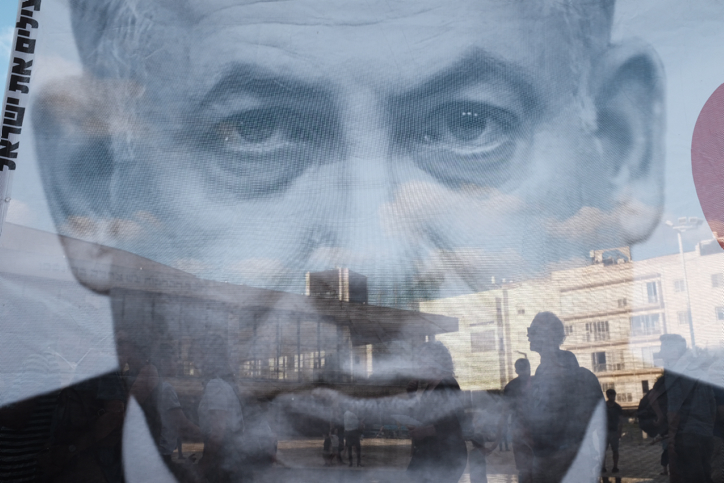 The rest of the country is so put off by Netanyahu’s leadership that replacing him is a higher strategic priority than voting based on ideology, says Deddy Zucker, a founding member of Israeli anti-occupation organization B’Tselem, and a longtime politician who left politics in 1999. “Everyone is obsessive about him,” says Zucker. “It’s not entirely rational.”

Indeed, adulation and hate for Netanyahu have so captivated the country that even those on the left and center are abandoning the parties that once stood for something different (Labor), or still do (Meretz and the Palestinian Arab parties). These voters largely agree with left-wing policy positions but would rather vote for someone like former IDF Chief of Staff Benny Gantz, who has given little indication of what he would do if elected, but whose party list is drifting steadily to the right. Perhaps that is Bibi’s greatest victory of all. And perhaps the secret weapon of the Israeli left is to sharpen its values, as Tamir put it, and fight for a genuine alternative over votes. After all, polls today can still change tomorrow.