The killing of a young Bedouin man from Rahat and the death of another during the funeral have deepened the city’s lack of faith in the authorities. Only anti-racism education for police and young people alike can stop the landslide. 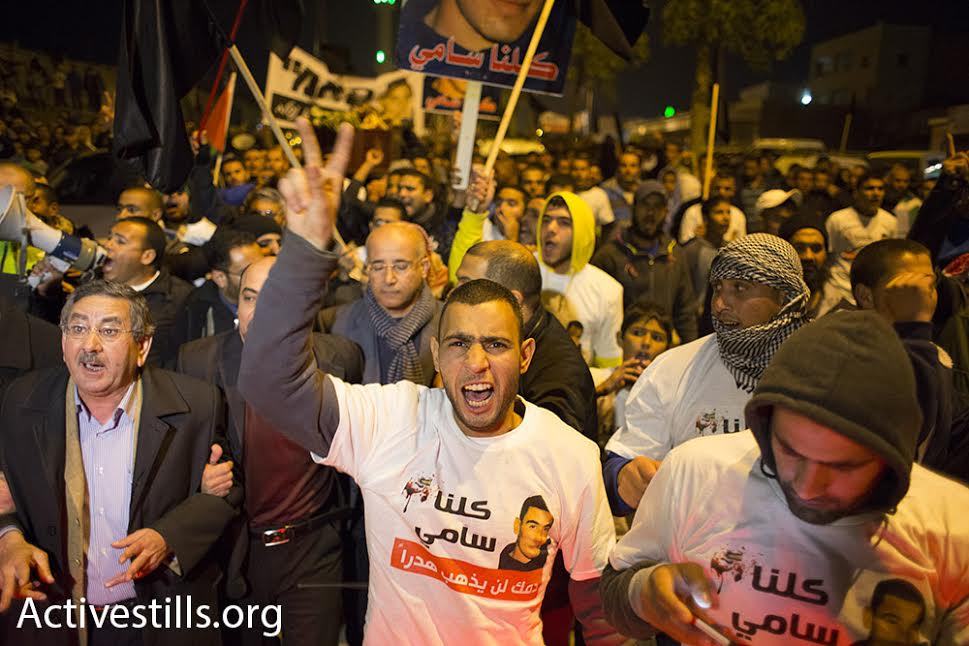 Hundreds hold a funeral for Sami Ja’ar in the streets of Rahat. Ja’ar was shot to death by police officers two weeks ago during an operation in the city. (photo: Oren Ziv/Activestills.org)

The Or Commission, which investigated the shooting deaths of 13 Arab demonstrators in October 2000, found serious flaws in the Israeli police’s actions against Arab citizens. The atmosphere within the Israeli police, then and apparently now, can be summed up by one sentence from the committee’s recommendations: “The police must implemented an approach that views Israeli Arabs as Israeli citizens with equal rights.”

The violent events that took place in Rahat two weeks ago, which led to the police killing two residents and wounding of dozens of others, demonstrated that the Or Committee’s recommendations have clearly not been adopted by the police. This should be a red warning light for all of us; the degree of force and violence used against the residents, along with a trigger-happy policy generates a sense of discrimination against the Arab public. And, as if we have not learned anything from the past, we once again find ourselves calling upon law enforcement agencies to launch an investigation into events with such dire consequences.

The protesters have repeatedly voiced complaints about the police’s conduct, and specifically their “trigger fingers,” which has resulted in their loss of faith in law enforcement. If the violent behavior that led to the death of Sami Al-J’aar wasn’t enough, the attempt by the police to besmirch Sami’s name under the false pretext of drug dealing made it clear to the residents of the city that the police have no real intention of seriously investigating the events. The appearance of a police car at the funeral – which violated an agreement signed with the mayor of the city according to which there would be no police presence at the procession – generated a dangerous and needless provocation that led to the death of Sami Alziadna. 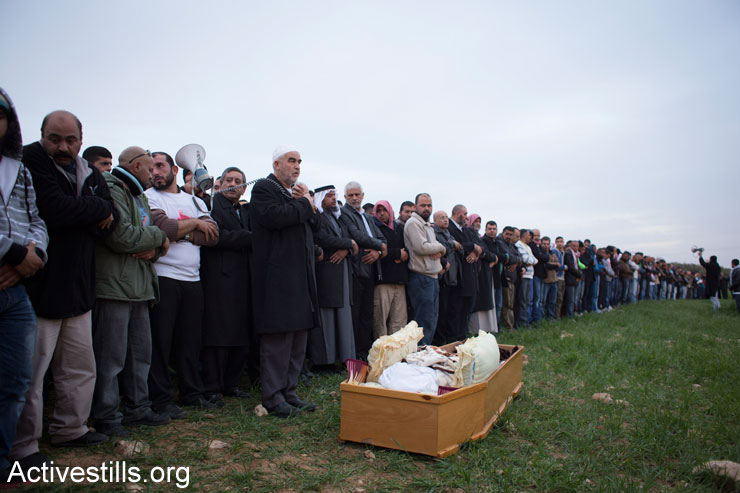 Bedouin mourners pray near the body of Sami Ziadna, 43, during his funeral in the southern Bedouin city of Rahat, January 19, 2015. Sami died a day earlier following clashes with Israeli police during the funeral of Sami Ja’ar, who was killed a week earlier by Israeli policemen in the city. (Photo by Activestills.org)

The feeling in the streets of Rahat is that when it comes to Arabs, the police allow themselves to act in ways they would never against Jewish demonstrators. In addition, following the events there was a complete disregard of context on the part of leading Israeli politicians, as well as one-sided and limited media coverage that made no attempt to pay attention the protesters’ grievances. One way or another, residents have the impression that the actions of the police were guided by ulterior motives. Thus, it would behoove the Minister of Internal Security to announce the establishment of an external investigative committee that would objectively examine the events, reach conclusions and punish those responsible.

The police must take seriously such events and begin a thorough educational process to change ingrained attitudes that view all Arabs as a threat to seeing Arabs as equal citizens of the country. This is a process that requires direct acquaintance with Arab society and without the intervention of so-called “experts on Arab affairs.” This process should not be limited solely to the police but to children and young people in the educational system as well.

Violence and prejudice against Arab citizens is not a recent development, nor is it a result of the last war in Gaza, which led to an all-time low in the relations between Jews and Arabs in the Negev. These are the result of a continuing decline in the educational system’s curriculum that is geared toward shared values, and which has almost completely ceased since the start of the Second Intifada in 2000. Even former Minister of Education Shay Piron, who adopted the motto “the other is me” as the educational system’s yearly theme, will find that most schools prefer to select an other who has a physical handicap rather than an Arab pupil from a school in a neighboring community. 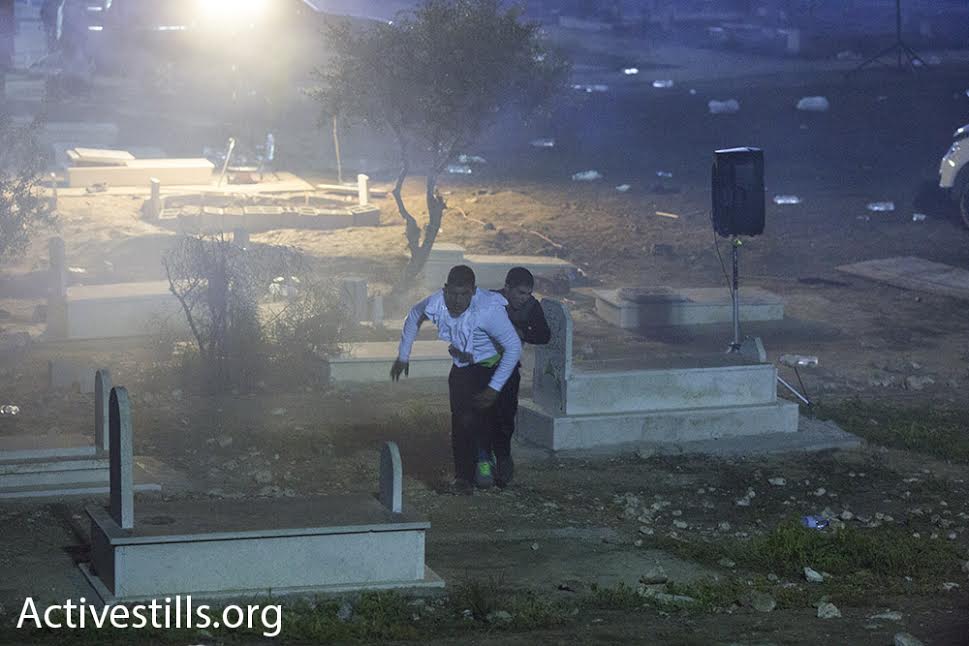 Without education we will march on a one-way street that will only lead to the deterioration of the already-charged relations between the Arab society in the Negev and the police and the Jewish population in the country. Along with the obligation of the police to investigate the tragic results of this episode, I call upon the leaders of the Arab community to calm the population. I call upon all of us to support people from both sides of the conflict who reject racist and violent values. We must demand that the existing local educational programs, like those that bring Jewish and Arab youth together, be adopted as part of a general educational policy on a national level. This is the only way our children will become messengers of a fair, democratic and more equal society. This is the only way we can make sure that events such as those that took place in Rahat in the past week will not happen again in the future.

Kher Albaz is the Co-Executive Director of AJEEC-NISPED – The Arab Jewish Center for Equality, Empowerment and Cooperation. A version of this article was first published in Hebrew on Haokets.