All those living in this country live under a single Israeli sovereign, and the U.S. is an avid supporter of that regime. Now that the veil has been officially lifted, maybe something can actually start to change. 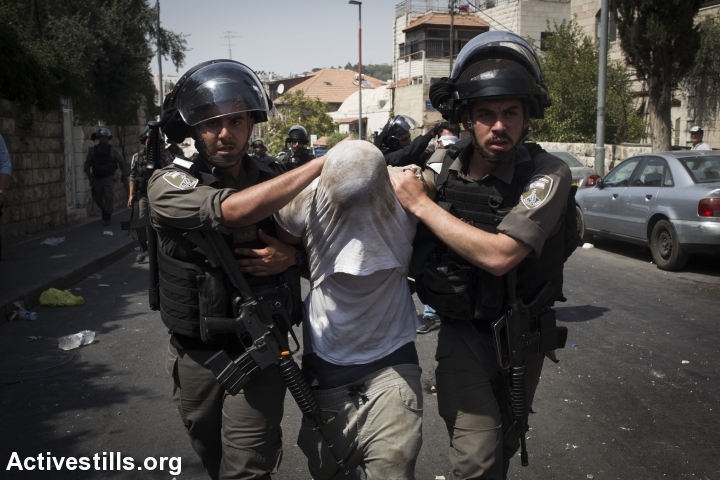 Headlines and experts have warned that President Trump’s decision to recognize Jerusalem as Israel’s capital and eventually move the American embassy there is a catastrophe that upends decades of American policy. That it will kill the peace process. From the ground, though, it doesn’t look like Trump is breaking with U.S. policy, but rather authenticating it. And he can’t kill the peace process, since it’s been dead for a long time anyway. Trump’s move in fact confirms everything we Israelis and Palestinians already know and have known for a while.

We were both born into a reality in which Jerusalem was under full Israeli control. In 1980, Israel enacted the “Jerusalem Law,” retroactively legalizing what it had already done de facto two weeks after the Six Day Way in June 1967: It assumed sovereign control over about 44 square miles of land populated by Palestinians, much of it well beyond East Jerusalem deep into the West Bank. Since then, Israel has transferred over 200,000 settlers beyond the Green Line, creating the Greater Jerusalem area that Trump recognized as Israel’s capital on Wednesday.

So in this sense, we agree with Trump that his decision is “nothing more or less than recognition of reality.” Jerusalem — the one Israel has carved out — has indeed served as Israel’s de facto capital with full U.S. backing. Trump has taken that from tacit to explicit.

One of us is a Palestinian, born and raised in Jerusalem. Aziz grew up in a world where everything is under Israel’s control: The textbooks were censored by Israel, the teachers worked for the Israeli Ministry of Education, Israeli military police patrolled the neighborhood. He often had to cross checkpoints between Jerusalem’s “united” neighborhoods on his way to school. Even today, Palestinian Authority President Mahmoud Abbas isn’t allowed to set foot in Jerusalem without Israeli permission. 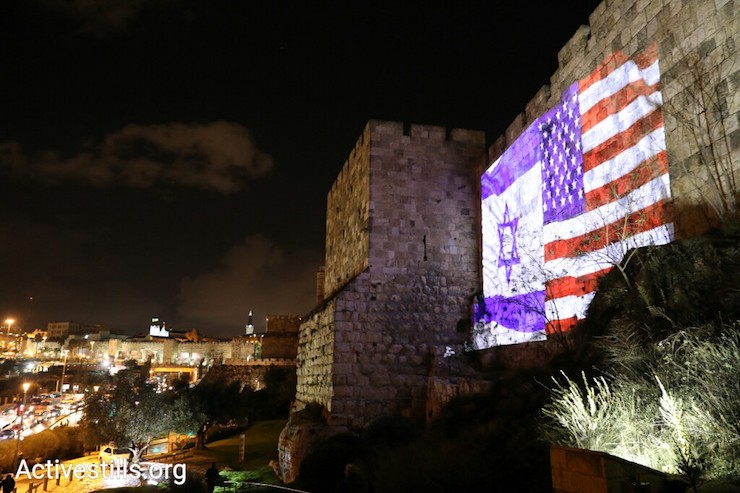 Despite Trump’s boilerplate assurances to Palestinians in his talk, his announcement ignored the fact that while Palestinian residents of Jerusalem make up 37 percent of the city’s population, the vast majority of them, like Aziz, do not have Israeli citizenship. Even though Aziz was born in Jerusalem, he cannot vote in Israel’s general elections for the Knesset. Like most East Jerusalemites, he is a citizen of nowhere and does not have an Israeli or a Palestinian passport (Palestinians can apply for Israeli citizenship, but many are denied approval). Trump’s recognition not only legitimizes the structured infringement of over a third of the population’s political, civil and human rights — it formalizes Palestinian statelessness and invisibility.

One of us is an American Israeli who spent every summer of her childhood in Jerusalem with her Israeli grandparents. Mairav grew up in an artificial reality where Palestinians did not exist. The few she did encounter were an anomaly. As a child, she had no idea Palestinians living and working in the city didn’t have the same rights as she did, or that they had no one to complain to about it, since they have no representative body. Most Israelis take pride in the so-called “reunification” of Jerusalem, but very few spend much time there. Israeli officials insist that East Jerusalem is an integral part of the capital, but most Israelis have probably never heard of East Jerusalem neighborhoods like Silwan, Shuafat or Issawiya, much less ever set foot there.

Living in Jerusalem in recent years, Mairav witnessed Palestinians being kicked out of their homes by settlers in East Jerusalem’s Sheikh Jarrah, just down the road from the bustling center of West Jerusalem. Still formally committed to a two-state solution, the Israeli government justified forcible expulsion on claims that these houses were owned by Jews before 1948, even though Palestinians with parallel claims in West Jerusalem have no such recourse. The United States has stood by and done nothing as Israelis have increasingly moved into the heart of Palestinian neighborhoods of East Jerusalem, constituting de facto recognition that Israel can create whatever facts on the ground it wants and pay no price. Trump’s announcement confirms what Israelis already know: There is no need or incentive to ever negotiate with the Palestinians over Jerusalem, since they got it free.

As a Palestinian, Aziz never considered the United States to be a neutral broker. He never trusted Americans to negotiate a just resolution that would create a viable Palestinian state with contiguous borders and a capital in East Jerusalem. Trump has now provided confirmation of this distrust by formally detaching Jerusalem’s status from a future deal. He also rendered the Palestinian Authority entirely irrelevant, though that’s also been true for a while. Thanks to the United States, Abbas has not been able to show any concrete achievements in his career, and Trump just ensured that he never will. Abbas made a statement disqualifying the United States as a broker, but what can that do? 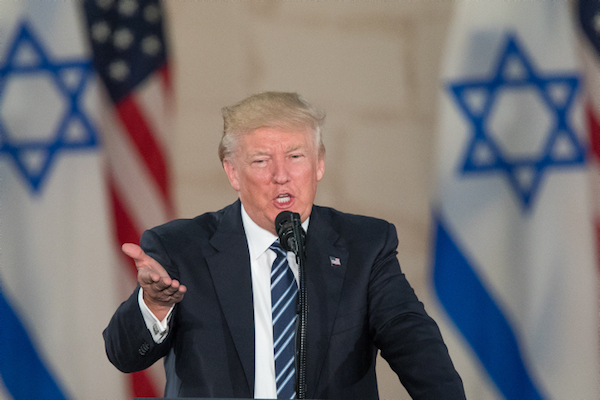 What Palestinians are left with is a feeling that the world refuses to hear their voices. Their only “legit” avenue for freedom was through negotiations brokered by the United States. That mirage has now evaporated. Every other approach — from protests to boycotts or other nonviolent acts of resistance, even seeking symbolic recognition of a Palestinian state by the United Nations — has been met with blanket rejection from successive U.S. administrations. Palestinians are punished for unilateral steps: Recent examples include threats by Trump administration to shut down the PLO Washington office if it did not halt its campaign to become members of the International Criminal Court;  the U.S. decision to withdraw funding of UNESCO for its supposed “anti-Israel bias”; and the comprehensive anti-boycott legislative efforts across the country.

Israel, on the other hand, is applauded for its unilateral steps, most blatantly by having pro-settlement activists like Jared Kushner and David Friedman leading American diplomacy there. Palestinians now appear left with only one viable option, which Palestinian official Saeb Erekat expressed Wednesday: “Now is the time to transform the struggle for one state with equal rights for everyone living in historic Palestine, from the river to the sea.”

Trump’s announcement won’t change anything on the ground immediately, though it has already sparked protests and violence in which Palestinians will, as usual, be the primary victims. But in the long run, it will prompt Palestinians to drop efforts to seek political recognition through diplomatic channels and instead mobilize the masses in a struggle for basic civil and human rights, the primary tool being protests on the ground and international support for the boycott, divestment and sanctions of Israel. 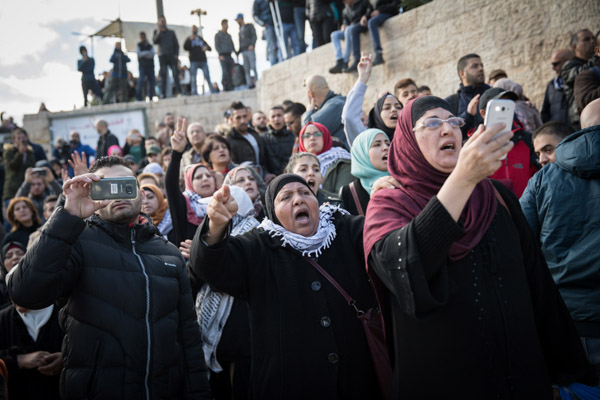 Paradoxically, in one sense, we do agree with Israeli government officials, Jerusalem’s mayor, AIPAC and other blindly Zionist leaders in Israel and the United States that this is a positive and long overdue development. It debunks the myth that there is a peace process, that Israel is a peace-seeking country and that a two-state solution is a goal. Israeli and American politicians have clung to that myth for far too long as a way to avoid being implicated for upholding a system of violence and inequality that has destroyed so many lives.

As a Palestinian and an Israeli actively invested in the future of this place, we know the reality Trump’s decision confirmed: that all the people living in Jerusalem and throughout the country live under a single Israeli sovereign, and that the United States is an avid supporter of that regime. Now that the veil has been officially lifted, maybe something can actually start to change.