Israel’s prime minister defies staffers and lawmakers, pledging to host the Republican presidential contender. Trump, the Islamophobe, says he plans to visit what might be the most religiously sensitive site on earth. Just how worried should we be? 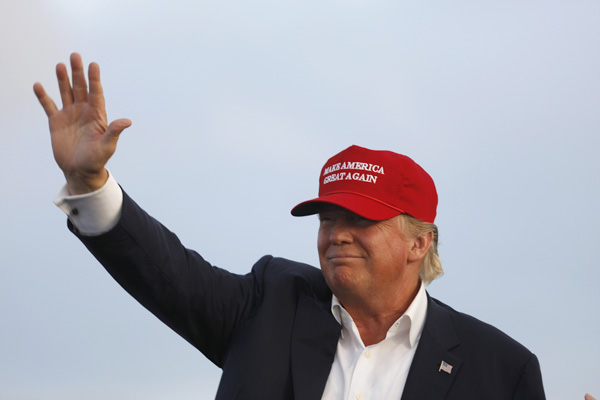 Trump’s racist outbursts and policies have focused on Muslims in recent days and weeks, something one might think the Israeli prime minister would be sensitive about, considering that 20 percent of his country’s population is Arab, most of whom are Muslim.

Then again, the prime minister sees the Arab constituents in Israel as a threat to his reign. He also recently pledged to advance the equivalent of a constitutional amendment declaring that Israel, a self-proclaimed democracy, belongs only to the Jewish people, without giving any protected minority status to the more than 20 percent of Israelis who are not Jewish.

Indeed, a source in the Prime Minister’s Office told Buzzfeed News that there have been arguments in Netanyahu’s bureau about the wisdom of hosting the pseudo-fascist billionaire. Thirty-seven Israeli lawmakers on Wednesday signed a petition calling on the prime minister to cancel his meeting with Trump. Alas, a meeting seems to have been scheduled between the two men for the end of the month.

But wait. It gets worse.

Trump also wants to visit Haram al-Sharif during his planned trip to Israel later this month, according to The Jerusalem Post.

Haram al-Sharif, which Jews refer to as the Temple Mount, has been a flashpoint and driver of violence that has left over 20 Israelis and 108 Palestinians dead over the past two-and-a-half months. Thousands more, mostly Palestinians, have been wounded by live and rubber-coated bullets throughout Israel, the West Bank and Gaza.

A deliberately provocative visit to Haram al-Sharif by Ariel Sharon is largely credited with starting the Second Intifada in the year 2000. Trump’s planned visit is especially worrying considering the existing tensions and his propensity for riling up Islamophobic, hyper-nationalist and xenophobic sentiments with the populist and often made-up groupings of words that seem to flow so easily from his mouth.

The United States government has been among the strongest voices calling on both Israelis and Palestinians to calm tensions surrounding the compound in recent months.

Palestinians regularly, and often maliciously, accuse Israel of seeking to destroy Al-Aqsa Mosque in order to build a Third Temple, a fear amplified by the fact that a number of members of the Israeli government support doing just that. Israel insists that it has no such plans, but its denials have often included bizarre statements by Prime Minister Netanyahu along the likes of: “if the Jews wanted to destroy Al-Aqsa it wouldn’t take much effort … But that goes against what we stand for.”

It’s not clear just how much damage Donald Trump is capable of inflicting during his visit to Israel, or to whom for that matter. But one thing is for sure: the man is a spectacle. And in these parts, spectacle rarely occurs without collateral damage.