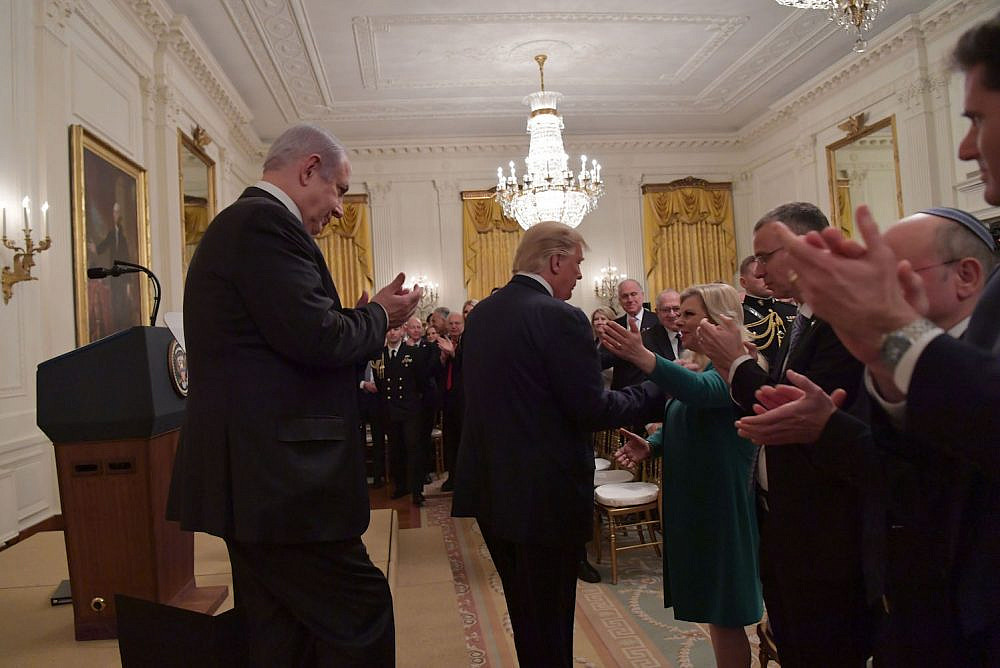 In March 2011 Ehud Barak, then defense minister in Netanyahu’s government, delivered a speech to the Institute for National Security Studies. “We are standing before a diplomatic tsunami that the majority of the public is unaware of,” said Barak. “There is an international movement that will recognize a Palestinian state within the 1967 borders. It is a mistake not to recognize this tsunami. It is extremely dangerous and demands action. Political initiative will lessen the dangers down the road.”

Nearly a decade has gone by and the sky above Netanyahu and Israel has remained clear. If we are on the precipice of some kind of diplomatic tsunami, it is heading for the Jordan Valley and Area C of the West Bank, as was revealed in the White House on Tuesday when President Trump unveiled his so-called “Deal of the Century.”

The top headline in the national-religious newspaper “Makor Rishon” last weekend declared that the Trump administration is putting pressure on Israel to begin annexing settlements. Even if the headline is incorrect, it is clear that the “most powerful country in the world,” as it is often touted in the Israeli media, is not intent on helping Israel end the occupation. On the contrary: it wants to help deepen it.

Barak was not the only one to miss the mark. Generations of leaders of the Zionist left based their justification for withdrawing from the occupied territories and/or evacuating settlements on the possibility of international pressure and Israel’s dependency on the United States. The Zionist left did its best not to present the occupation or the settlements in a negative light, since the latter were first established by left-wing Israeli governments in the first decade after the occupation in 1967. The world, so it went, would not allow Israel to continue the occupation and the settlements and thus they need to be dismantled. 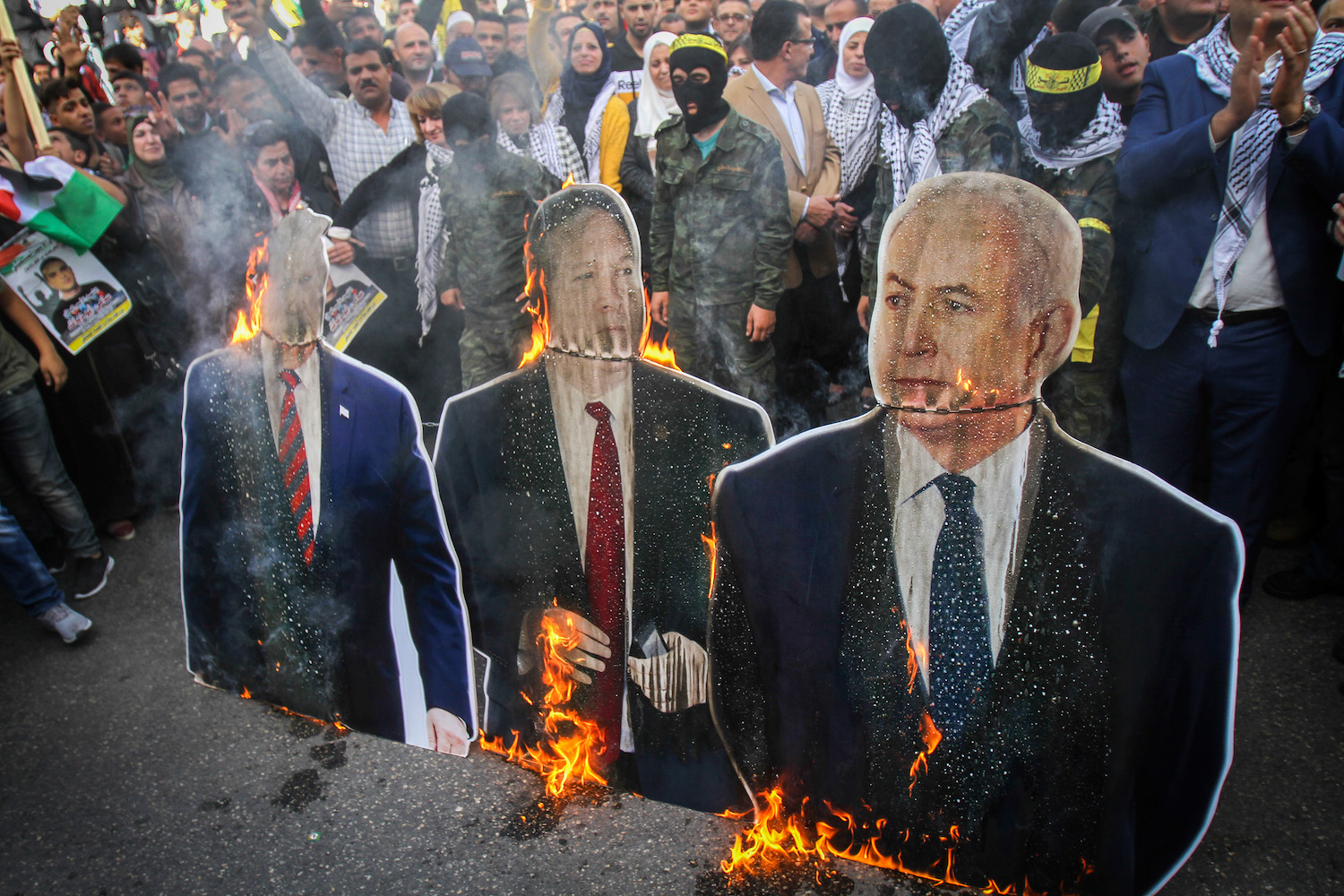 The right always argued that the world would eventually come to accept whatever Israel does. One must admit that it knew what it was talking about, and that the Zionist left was wrong. This is not simply a matter of Trump pushing Israel to annex the settlements and move the Green Line to the Jordan River. When the ambassador of one of Europe’s most powerful countries was asked how his government would respond to the annexation of the Jordan Valley or other parts of the West Bank, he responded: “We will strongly protest.” In short, redemption of the so-called “Israeli peace camp” won’t come from abroad.

The likely possibility of annexation debunks yet another argument of the Zionist left. Along with fear of international pressure, the Zionist left routinely warned that annexing the West Bank would bring about a binational state and the end of Zionism. The left hoped to scaremonger Israeli public into supporting withdrawal from the occupied territories, lest Israel end up being ruled by an “Arab majority.”

That didn’t happen. Despite the fact that the polls do not show an entirely clear picture — perhaps because the idea of annexation is a relatively new one, as +972’s Dahlia Scheindlin recently explained — it is clear that there is widespread support for annexing the Jordan Valley and the settlements. The legacy of the Oslo Accords also shares a fair amount of blame. Instead of strengthening the recognition of the West Bank as occupied territory and the settlements as illegal, Oslo created the opposite effect. The division of the West Bank into Area A (under full Palestinian control), and Areas B and C (under Israeli military control), caused the vast majority of Jewish Israelis — not necessarily settlers — to buy into the myth that the settlements and all that surrounded them are already part of the State of Israel.

It is doubtful whether the 15,000 Israelis who study at Ariel University know that the city has yet to be annexed to Israel. Even if they do know, in their eyes it is certainly only a question of time. As Dror Etkes wrote on these pages last year, motorcycle enthusiasts, visitors to natural springs, and others have over the past decade helped turn large parts of the West Bank into an amusement park for the Israeli middle class. I remember a conversation I had with an IDF brigade commander whose soldiers were stationed deep in the West Bank and who was convinced that they were actually in Israeli territory. 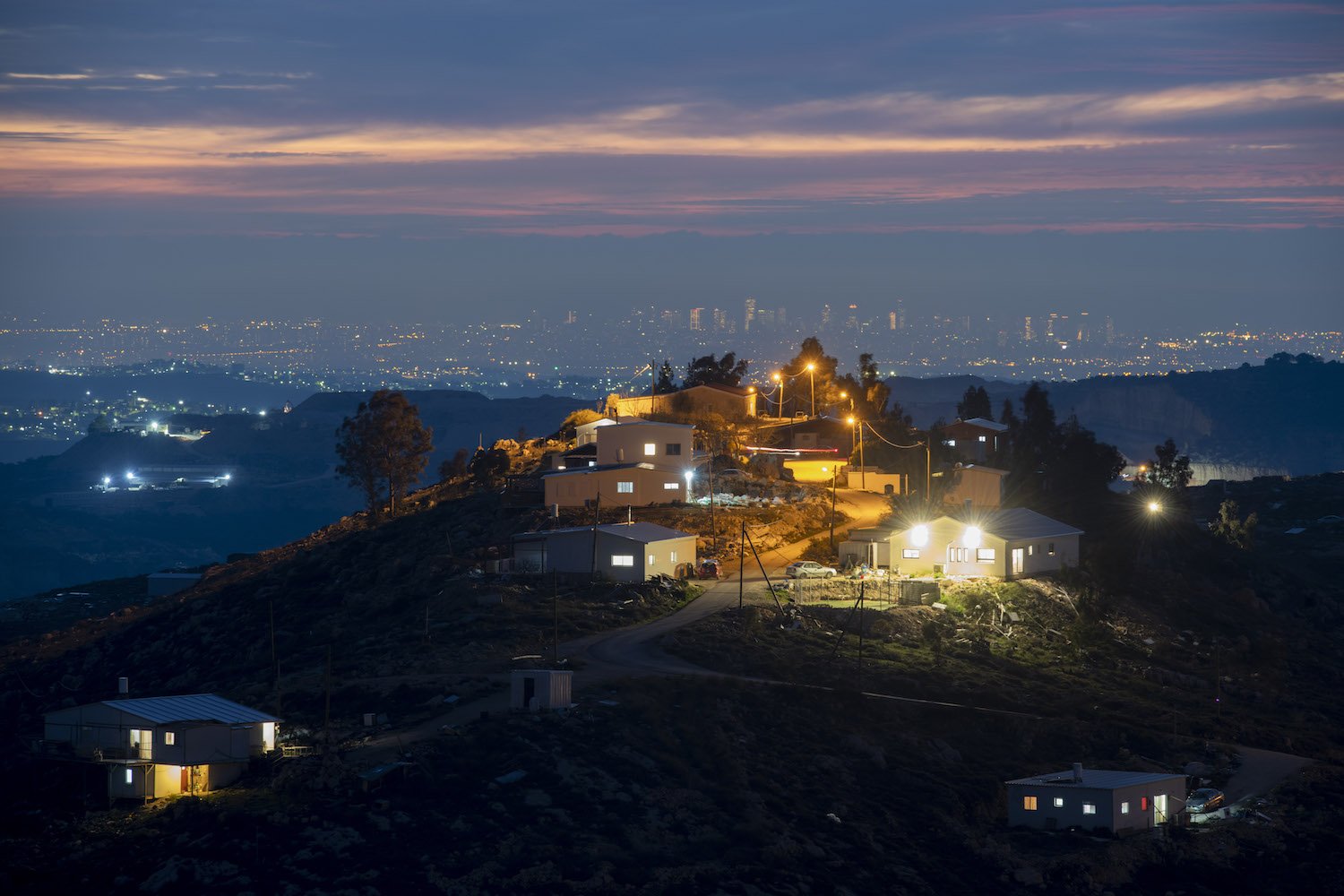 A view of Givat Tkuma, a settlement outpost near the West Bank settlement of Yitzhar, January 27, 2020. (Sraya Diamant/Flash90)

From the moment the “no Palestinian partner for peace” thesis took hold of the Israeli public discourse — thanks, once again, to Barak — the Oslo Accords ceased to be viewed as as a step toward ending the occupation and establishing a Palestinian state. Instead, they became an all-powerful tool for normalizing Israeli control over the entirety of the land, save for the “black holes” of Palestinian cities in the West Bank. That was no coincidence: the borders of Trump’s “Deal of the Century” are based on the division of the West Bank into Areas A (where the vast majority of Palestinian cities are), B, and C.

The Achilles’ heel of annexation

This may yet be the weak spot of the pro-annexationists. Israelis in Tel Aviv, Haifa, Ashdod, or Jerusalem did not flood the streets in celebration after details of the deal were leaked by Channel 12 last week, despite the fact that the right has touted this as an opportunity to expand Israel’s borders that comes along “once in a hundred years.”

The normalization of the settlements also works in the opposite direction. Because a large segment of Israelis already believe that the settlements and the Jordan Valley are part of Israel, Trump’s plan doesn’t actually present them with anything new. The same happened with the moving of the U.S. embassy from Tel Aviv to Jerusalem. After all, every Israeli learns at a young age that Jerusalem is Israel’s capital; they do not need American recognition. And though moving the embassy was, on its face, Netanyahu’s biggest diplomatic success of his last full term as prime minister (between 2015 to 2019), it did not help him win two rounds of elections last year. It is very possible that this is a sign that annexing settlements won’t ensure a Netanyahu victory in March 2020. 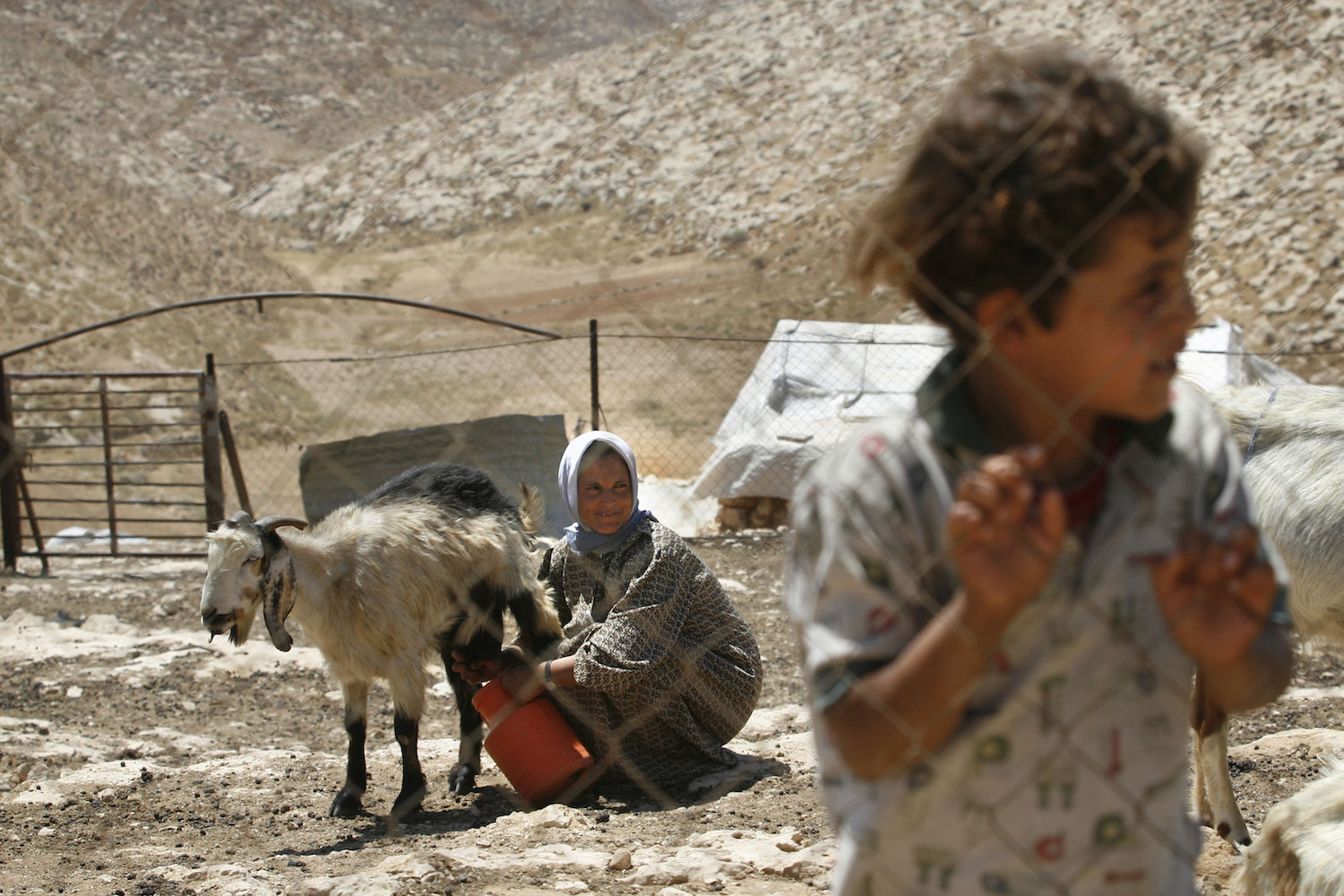 But this is not the only thing that can put an end to the right’s celebration. The entire idea of annexing Area C is built on the premise that the Palestinian Authority will continue to rule over the Palestinian cities of the West Bank. In other words, annexation, if it comes, will depend on the PA continuing to manage the day-to-day affairs of the Palestinians, as well as continuing security coordination between Israeli and Palestinian forces. Support for full annexation of the West Bank — including Nablus, Hebron, and Ramallah — is still very low among the Israeli public.

That means that if the Palestinian Authority stops acting as the Israeli right expects it to, the entire idea of annexation may be undermined. This does not necessarily require encouraging protests and marches toward checkpoints and settlements, or ordering Palestinian security forces to refrain from preventing confrontations with Israelis, as Palestinian President Mahmoud Abbas reportedly demanded. The real Palestinian threat would come from putting an end to security coordination and the dismantling of the PA.

Abbas spokesperson Nabil Abu Rudeina said this week that the Palestinian leadership will discuss all possibilities, “including that which pertains to the future of the national authority” (the Palestinian Authority – M.R.). It is true that we have heard similar threats in the past. But this time it is very possible that we will see something different. The pressure from Palestinian society may force Abbas to make good on his threat. “People will say there is no need for a Palestinian Authority if it cannot bring about the end of the occupation,” said a Palestinian commentator on Monday. 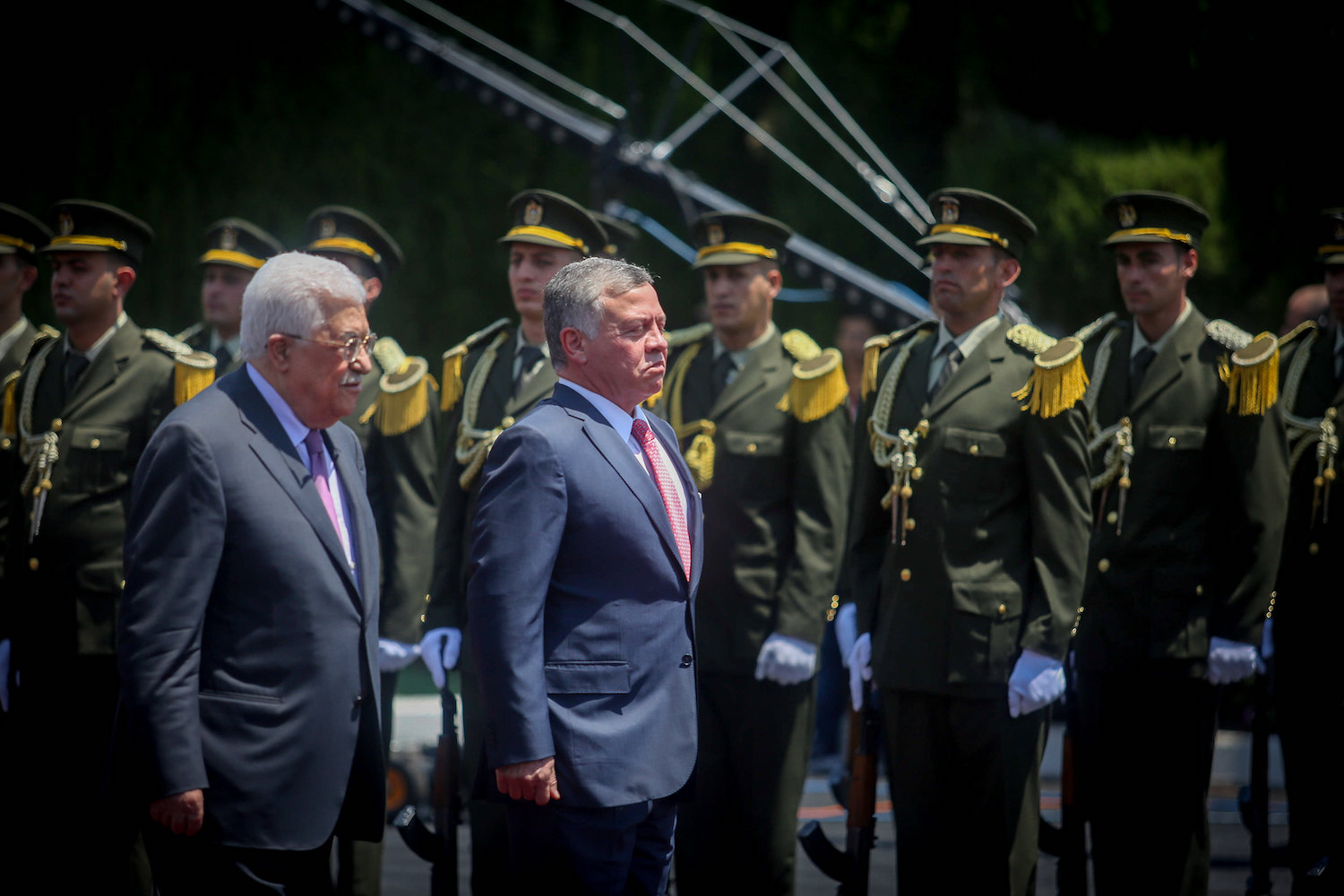 Even before one takes stock of the burden of directly controlling the lives of 2.5 million Palestinians, the dismantling of the PA could create a situation in which 30,000 armed Palestinians, members of the PA security forces, most of whom have been trained by the Americans, will go without salaries. This certainly does not bode well for annexation.

Then there is Netanyahu’s rival, Benny Gantz, who has also declared his support for annexing the Jordan Valley. After his meeting with Trump in the White House on Monday, Gantz declared that he would “implement the plan after the election,” while pledging to do so “in coordination with the countries of the region,” including with Jordan, and even the Palestinians. The fact that Jordan and the Palestinians are staunchly opposed to the plan means it will likely go nowhere.

In other words, the “black holes” of Palestinian cities in the West Bank may drive a stake through annexation. If we add the Palestinians of Jordan, who make up the majority of the Hashemite Kingdom’s population and could put immense pressure on King Abdullah to annul the peace agreement with Israel, it is certainly possible that Palestinians will be able to quash Israel’s plans. They have the power to upend the status quo upon which annexation was built.

Yuval Eylon, a doctor of philosophy, noted the surprising resemblance between the map of South African Bantustans before the fall of the Apartheid regime and the annexation map that Trump presented on Tuesday. It is worth remembering that these Bantustans were established in the late 1970s and early 1980s. Ten years later, there were no Bantustans and no more apartheid. We must wait and see if the annexation celebrations, which are likely to begin in earnest next week with enthusiastic American support, will mark the beginning of the end of the status quo of an occupation that has ruled here for 52 years. 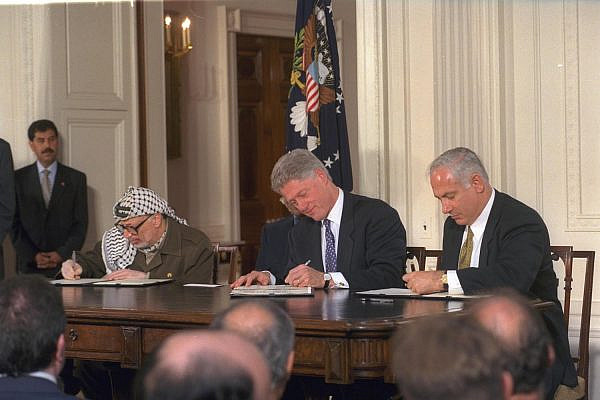 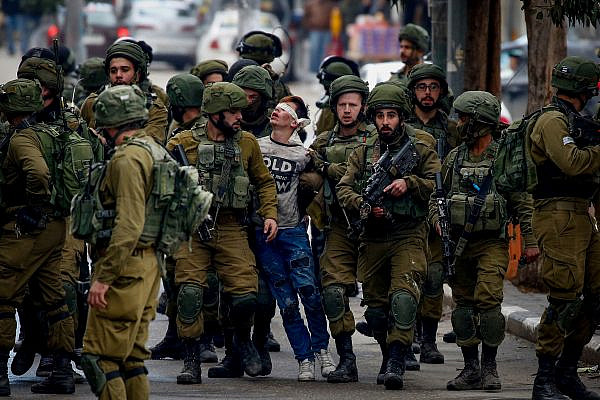