The Arab Higher Monitoring Committee is calling for a general strike against recent Israel-U.S. attempts to further repress Palestinians. This is an opportunity to involve a younger generation of activists, and coordinate a joint struggle. 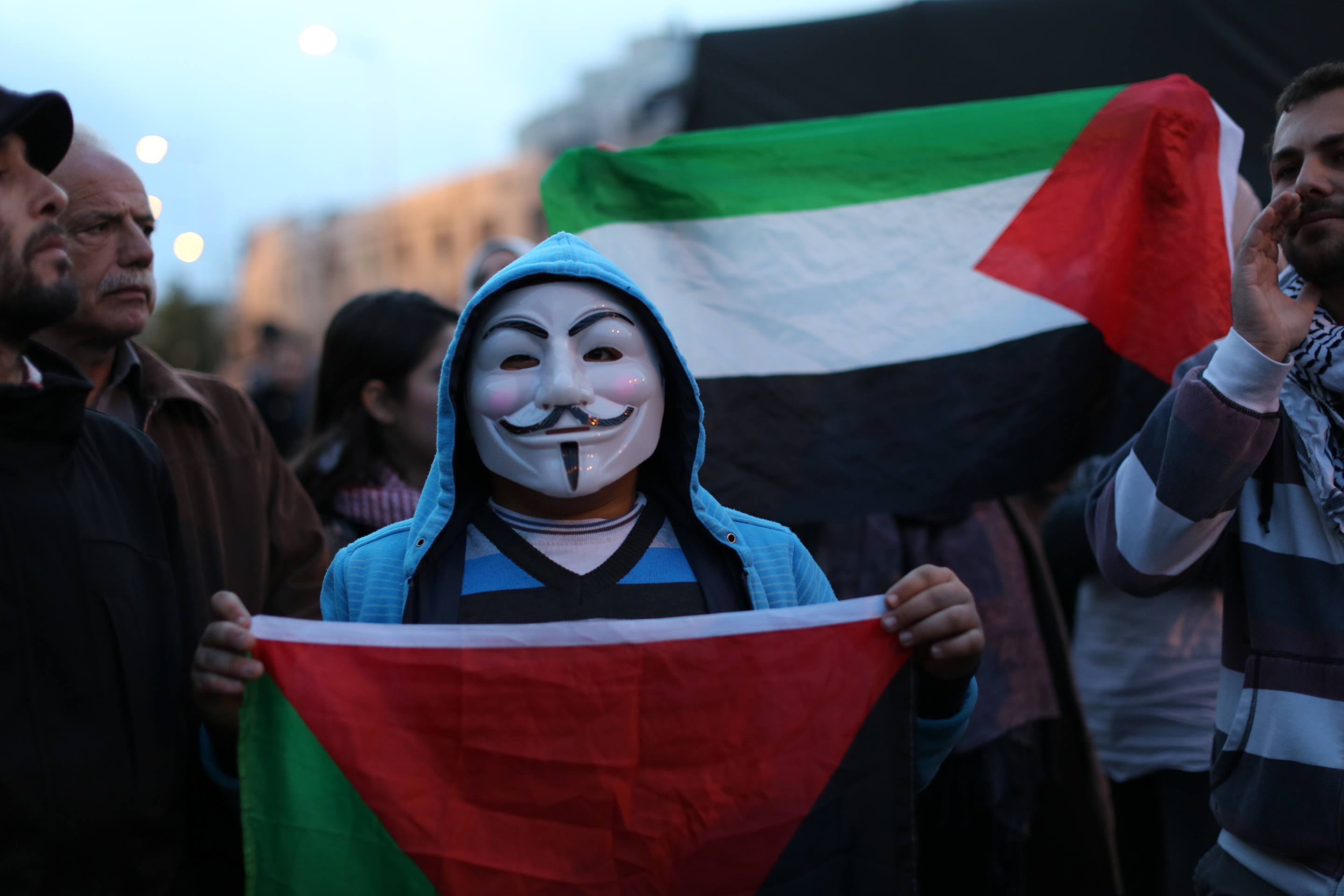 Activists demonstrate against the Prawer Plan at Herod’s Gate in East Jerusalem, November 30, 2013. The Prawer Plan, if implemented, will displace tens of thousands of Bedouin citizens of Israel. (Photo: Activestills.org)

Palestinians across Israel, the West Bank and Gaza are banding together in a general strike on October 1, in protest of Israel’s Jewish Nation-State Law and President Donald Trump’s “deal of the century.” The strike was announced this week by the Arab Higher Monitoring Committee, an umbrella organization that represents Arab citizens of Israel.

The strike is significant in its ability to bring Palestinian people together in a joint act of protest. There is no doubt that, going forward, the Palestinian struggle must shatter physical and political fragmentation, and unite all Palestinians – in Gaza, the West Bank, Jerusalem, and even refugees in the diaspora. A joint struggle will require shared thinking and strategizing, and will involve cooperation on acts of protest such as strikes, demonstrations, and days of rage.

Israel’s attempt to erase the Palestinian issue has accelerated, now that Trump has set the “deal of the century” in motion, and that the Jewish Nation-State Law was enacted with complete disregard to the historical and just rights of the Palestinian people. These developments have asserted Zionist supremacy and control over the land. They are reflected clearly in America’s recognition of Jerusalem as the capital of Israel and the transfer of its embassy there, the cessation of U.S. funding to the United Nations Relief and Works Agency (UNRWA), unprecedented normalization and intensification of Israeli settlements in the West Bank, the blockade of the Gaza Strip and the brutal suppression of nonviolent marches there, as well as downgrading Palestinians in Israel to last-class citizens and persecuting them politically. 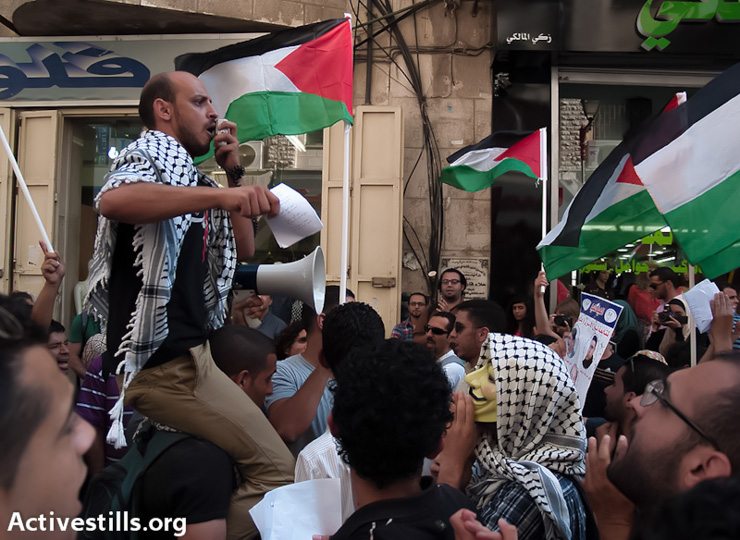 A demonstrator chants slogans against the Prawer Plan during a protest in Ramallah, West Bank on July 15, 2013. (Photo by guest photographer: Nidal Elwan/Activestills.org)

Despite internal criticism directed at Palestinian groups, including the Arab Higher Monitoring Committee, and despite the deteriorating political situation across Palestine, which highlights our failures and divisions, the call for a general strike should not be underestimated or treated as a regular act of protest.

In the summer of 2013, after waves of criticism aimed at Arab leaders and political factions, the Arab Higher Monitoring Committee announced a day of protest on July 15 against the Prawer Plan, a government plan to forcibly relocate tens of thousands of Bedouin citizens in the Negev. At the time, youth movements urged people to cooperate with the Committee’s call for protest, and they organized and mobilized without waiting for top-down instructions.

As a result, July 15 became only the start of a months-long struggle that eventually succeeded in stopping the Israeli plan, especially when the state realized it was facing a strong and unified Palestinian movement. This effort restored hope; it renewed people’s faith in political activism, in taking to the streets and challenging all branches of Israel’s institutions.

Now, as then, there is a desperate need for a protest movement to rise and defeat the sense of despair. The criticism of Palestinian politics is legitimate and necessary, and it must keep on. But criticism should also inspire new initiatives, or else, what is the point? There is a younger generation of Palestinians that has graduated to a level of intellectual maturity and political experience which allows it take initiative – we have seen them do that on more than one occasion.

Nothing can prevent Palestinian activists everywhere from working together. We may have been leading separate and different efforts on a local scale, but we all believe in and serve the same Palestinian fight for liberation. Gazans, who have been protesting persistently and nonviolently since March, have provided us with an unprecedented model for resistance.

True, the expectations of the general strike in early October are modest. But this could be the beginning of a larger, collective Palestinian protest movement. We need to think of this strike not as a one-time event, but as a long, continuous organized struggle against the colonial, apartheid system in Palestine. It should be the start of weekly actions that utilize contemporary and innovative tools, and provide a new horizon for national liberation. Now in particular, the time has come for every person who believes in a joint, inclusive Palestinian struggle to act.

This article was first published in Arabic on Arab48. A Hebrew translation appears on Local Call.