Jerusalem expert, activist, and attorney Daniel Seidemann talks to +972 about the short- and long-term ramifications of Trump’s declaration on Jerusalem, from prospects of violence to the void left behind as Washington disqualifies itself as broker in the Israel-Palestine political process. 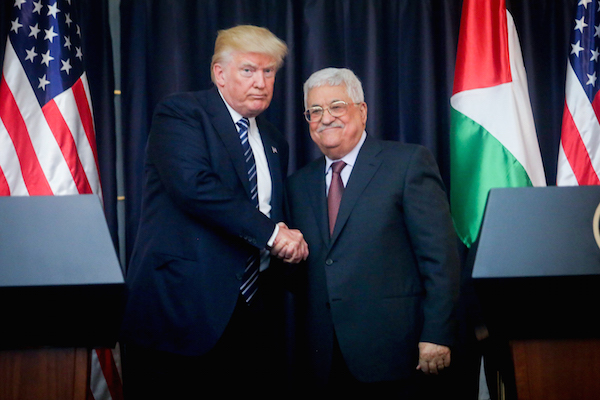 Palestinian President Mahmoud Abbas and US president Donald Trump attend a joint press conference in the West Bank city of Bethlehem, on May 23, 2017. (Flash90)

Daniel Seidemann is a leading expert on the politics of Jerusalem, an attorney, and founder of Terrestrial Jerusalem, an Israeli NGO that tracks Israeli policies and settlement growth in the city. He served in an informal advisory capacity to the final status negotiations about Jerusalem in 2000-2001, under Prime Minister Ehud Barak.

I met Seidemann in his Jerusalem office Thursday morning to discuss the ramifications of U.S President Donald Trump’s announcement the night before formally recognizing Jerusalem as the capital Israel, and declaring his intention to move the American embassy there.

The following has been edited for length.

What is the most common misconception about Trump’s announcement recognizing Jerusalem as the capital of Israel?

The most common misconception among Israelis is that it’s good for the Jews. And the fetishism: you have thousands of people in the bible belt of the United States posting their hopes and dreams about moving the embassy. The Jerusalem Municipality is having public dancing to celebrate, emulating November 29, 1947 with the approval of the UN Partition Plan. It’s grotesque, vulgar, and ridiculous.

Having said that, I think most Israelis are pleased: ‘We’ve gotten rid of this anti-Semite, Obama. We have arrived.’ That that is a very misdirected interpretation of what the genuine Israeli national interest is. But Jerusalem is probably one of the most manipulate-able, manipulated subjects around. So, most Israelis are very pleased over an event that will do nothing beneficial to either Israel, Jerusalem, or its residents.

Can you expand on that?

To a certain extent, looking ahead at the trajectory of this conflict, it’s like being in a vehicle where there are no brakes, the steering wheel is gone, the laws of traffic are not clear, there’s no destination, and it’s being driven by an adolescent with a learner’s permit and a personality disorder. That’s good for Israel?

Nir Hasson wrote in Haaretz yesterday that historically there has been an incubation period for major diplomatic events turning into violence or uprisings on the ground. Every analyst has been predicting a third Intifada for years now. Is there more potential for pressure building up now than it did over Al Aqsa issues in recent years?

Having said that, there are the broader circumstances that are more or less amenable to the outbreak of violence. It is not an accident that the Second Intifada broke out two and a half months after the collapse of the Camp David summit. It’s not an accident that the latest round of violence in 2014 erupted a few months after the collapse of the Kerry talks. It’s the hope factor. When expectations rise and then are dashed, things become very dangerous.

Even when expectations don’t rise, the absence of a direction — when kids have nothing to look forward to — it becomes a very dangerous situation. Since July of 2014, Israel has arrested more than 10 percent of all of the Palestinian boys [in Jerusalem] between the ages of 12 and 18 in clashes with the police. That’s a staggering number. Why? They don’t have a future. The Palestinian Authority doesn’t give a damn about them. They’re treated as the enemy by Israel. They’re adrift, living without any sense of direction or potential for addressing the grievances of occupation is very destabilizing.

When you hear, ‘it can’t go on this way’ — sure it can. And it usually does. But that’s when you take the political pulse. When you take the historical pulse, what we’re describing is not sustainable over time. This disequilibrium will right itself in one of two ways: with a serious political process to address core grievances, or with a catastrophic event, usually the outbreak of violence. That may not happen in three months but it probably won’t take six years.

You’ve warned about building in E1 for a long time. Before Trump’s speech, there was a wave of eviction orders against Palestinians living in that area. What is the risk of Trump’s announcement emboldening settlement construction and the displacement of Palestinians in and around Jerusalem?

Netanyahu is defiant as never before. Netanyahu always was bluster, but he was usually risk averse. With the settlements, he is acting as though he can get away with virtually anything, and the world is proving him to be largely correct.

There is a method to these policies — they are not random — and this is moving in for the kill on creating a one-state reality that will not allow for the creation of a border between Israel and a viable Palestinian state.

The United States itself is not aware of how many bad things the United States prevented simply by being there. There were many occasions in which Netanyahu said: ‘I can’t, the Americans won’t let me.’ There were times when things were leaked to me so I would tell friends in Washington so that Netanyahu would be stopped because he didn’t want to volunteer to stop; he wanted somebody to do it for him. That period is over.

What about the effects here, on the ground? Or will things go on as they have been?

In Amoz Oz’s novella, The Hill of Evil Counsel, he says, and I’m paraphrasing: when you hear ‘the eternal Jerusalem’ and things of that nature, the stones of Jerusalem burst out laughing. The stones of Jerusalem have been snickering for the last 24 hours. The notion that this hollow gesture is going to have an immediate impact on the daily lives of Israelis and Palestinians is absolutely ridiculous. Until, or unless, there is a major destabilizing event. Possible, but it’s certainly not the routine. 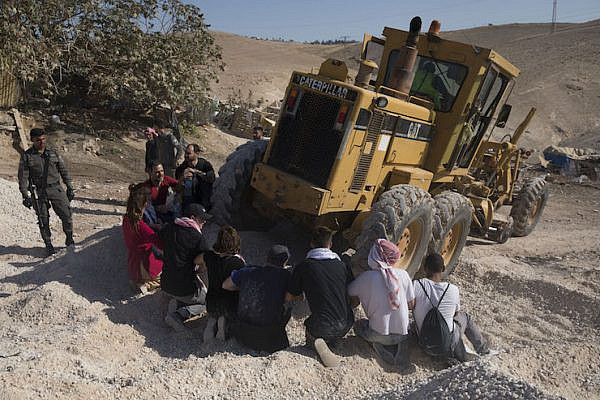 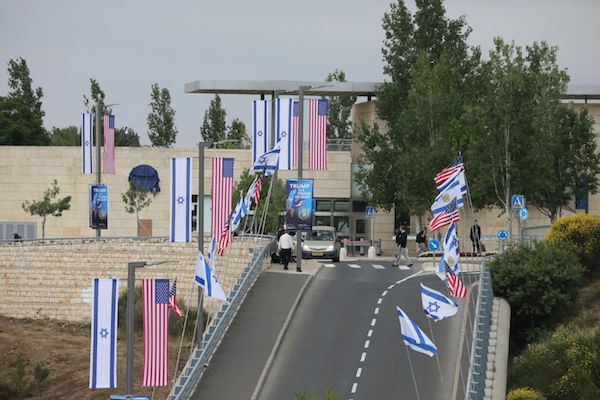 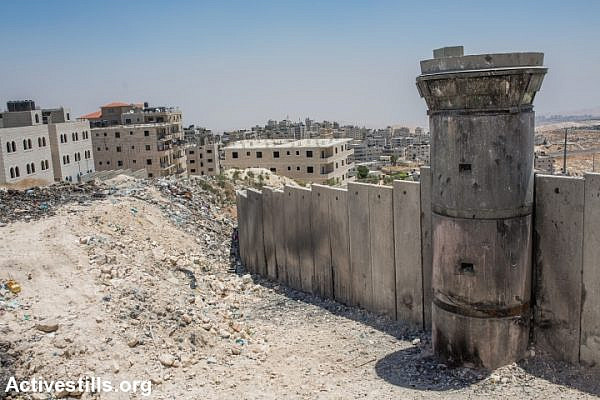 Dividing Jerusalem, solidifying the occupation
As Israel approaches the 50th anniversary of its decisive victory in the Six Day War, it is evident that subsequent policies have retroactively transformed a war of self-defense into a platform for messianic expansionism that over time is undermining Israel’s very existence. By Daniel Seidemann Last weekend was the 49th anniversary of Jerusalem’s “reunification.” This anniversary comes in…
By +972 Magazine June 11, 2016