Netanyahu publicly placed his reputation and his country’s pride on the line in order to appease Obama and improve relations with Turkey; by ignoring its already agreed upon terms, Erdogan will make the Israeli people less likely to support another far-reaching agreement. 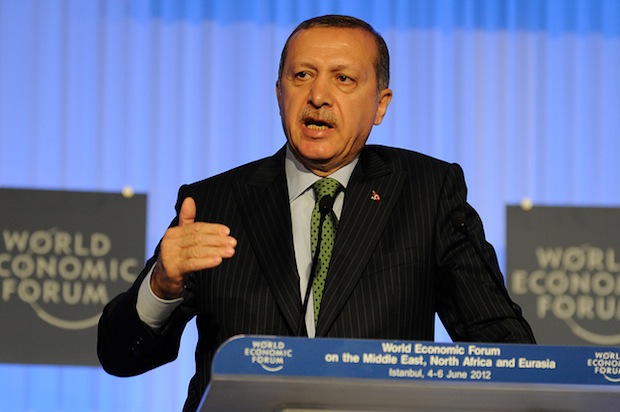 At the end of a much-anticipated trip to Israel in March, US President Barak Obama achieved a major diplomatic breakthrough. Following years of tension between Turkey and Israel — two key American allies in the region — Obama orchestrated a reconciliation agreement between the two sides, which promised to reduce animosity. Although Israeli Prime Minister Benjamin Netanyahu risked domestic political backlash by formally apologizing for Israeli military’s actions in 2010 killing nine Turkish activists, Turkish President Recep Tayyip Erdogan has ignored his side of the agreement by dispatching an ambassador to Israel and normalizing ties. Obama must demand that Turkey fulfill its earlier pledge lest Turkey face public American condemnation.

Turkey and Israel experienced a low-point in their relations following the Gaza Flotilla crisis. Although the nations at one time had close ties, especially on the military level, this incident contributed to a deterioration of relations.  Both sides contributed to the tense atmosphere. At an international conference even before the 2010 Flotilla incident, Erdogan publicly embarrassed dovish Israeli President Shimon Peres exclaiming, “When it comes to killing, you know well how to kill.” Similarly, Israeli Deputy Foreign Minister Danny Ayalon invited the Turkish Ambassador into his office for a condemnation in front of television cameras. At this point, he explained in Hebrew that he placed the Turkish Ambassador on a lower seat with only the Israeli flag in the room— a tactic designed to humiliate Turkey.

However, in a startling reversal of Netanyahu’s policy and going against coalition leaders such as former Foreign Minister Avigdor Lieberman who called the move a “grave mistake,” Netanyahu capitulated and formally apologized to Turkey— forgoing his nation’s pride for the sake of improved bilateral relations at the behest of Obama. Turkey’s Foreign Minister Ahmet Davutoglu admitted that Israel agreed to every Turkish condition, which was not easy for Netanyahu to accept. It is important to remember that there were two sides to this agreement. Israel apologized and provide compensation while Turkey was supposed to send its ambassador back to Israel and reinstate normal diplomatic ties.

Unfortunately, Turkey has not followed through with its promise and completed the reconciliation process. Months after Netanyahu’s phone call and several rounds of reconciliation talks, no Turkish ambassador has been dispatched to Tel Aviv and relations between the two countries remain cold. The Turkish newspaper Haberturk wrote that Israel was even willing to pay Turkey $15 million dollars in compensation for the 2009 flotilla killings, yet Ankara rejected this offer demanding far more money.  While Turkey’s Hurriyet Daily reported that an Israeli diplomat in Ankara holding the rank of second secretary has been invited to a government holiday commemoration, the first time this has occurred since 2010, this minimalist action is far from what normalization of relations generally entails.  In an almost comical accusation citing evidence obtained from YouTube, Erdogan blamed Israel for the recent Egyptian coup against former President Mohamed Morsi. Erdogan’s attack was vilified by Egypt with Morsi’s media advisor writing on Twitter, “West agents [such as Erdogan] shouldn’t be giving us advice in nationalism.” Erdogan’s offensive public accusations, among other combative remarks, demonstrate that he is completely uninterested in normalization, despite his earlier agreement.

Since President Obama personally brokered this agreement and called it an “important step,” he has the obligation to ensure that both sides implement the agreement. Netanyahu publicly placed his reputation and his country’s pride on the line in order to appease Obama and improve relations with Turkey; by ignoring its already agreed upon terms, Erdogan is humiliating Netanyahu and making the Israeli people less likely to support another far-reaching agreement and more distrustful of a Middle East neighbor.

Obama’s credibility in the region has already declined with his handling of Syria and its use of chemical weapons. Therefore, Obama continuing to remain silent on Erdogan’s inaction will lead leaders in the Middle East to view Obama as someone who they can easily manipulate. With tensions peaking in Syria, this is a situation that must be avoided.

Aaron Magid is an M.A. candidate at Harvard University specializing in Middle Eastern Studies. He is a staff writer for the Jerusalem Review of Near Eastern Affairs. His work has previously appeared in the Daily Beast, Jerusalem Post, and the Forward. He can be reached via Twitter @AaronMagid.