The Israeli right’s years-long effort to portray Breaking the Silence as traitors fell flat on its face this last week. Will the media or the politicians who incited against them apologize? 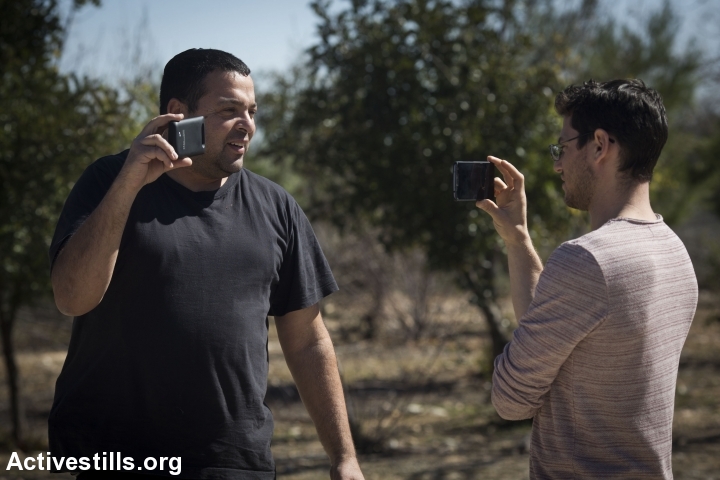 An Israeli settler (left) films a member of Breaking the Silence group during a tour in Hebron, West Bank, February 24, 2016. (Oren Ziv/Activestills.org)

One day in the future, when high school students learn about the transformation of Israel from a nationalistic fortress state into a fascistic one, an entire chapter will be dedicated to the persecution of left-wing activists and human rights groups. The chapter will describe at length the role of three central bodies in this destructive process: extreme-right organizations, the media, and politicians from across the political spectrum.

One of the lessons, presumably, will be dedicated to Breaking the Silence, an anti-occupation group that publishes testimonies by former IDF combat soldiers about their service in the West Bank and Gaza. The organization, which has been the target of the right for much of the past decade, was cleared of criminal wrongdoing earlier this week after Israel’s attorney general said he wouldn’t launch an investigation against the group for illegally collecting and possession military intelligence.

Those allegations first surfaced three years ago when Channel 2 News broadcasted an “exclusive investigative report,” based entirely on materials gathered by right-wing moles from Ad Kan who infiltrated Breaking the Silence with hidden cameras and fake monikers. The report suggested the organization illegally collected and published classified information on IDF operations, handed over sensitive intelligence to hostile groups, and turned new army recruits into spies.

The report aired not long after Channel 2 broadcasted an investigative report into the alleged criminal activities of Ta’ayush, another anti-occupation group. That footage was also gathered by Ad Kan activists, leading to the persecution of a number of the Ta’ayush’s most prominent members. Right-wing organizations quickly understood that Ad Kan’s strategy works: sling mud at left-wing and human rights groups, and something will surely stick.

The right’s incitement began immediately following the report on Breaking the Silence. Prime Minister Benjamin Netanyahu declared that a “red line has been crossed.” Then-Defense Minister Moshe Ya’alon said the IDF would investigate the organization, going so far as to calling them “traitors.” Justice Minister Ayelet Shaked accused Breaking the Silence of espionage.

The incitement extended far beyond the Israeli right. Politicians from the center-left also took advantage of the story for political capital: Yair Lapid declared that “Breaking the Silence is undermining the State of Israel”; MK Itzik Shmuli of the Zionist Union said that “the findings are very serious and disturbing, instead of the [group’s] stated human rights activities, we have discovered subversive intelligence collection”; Eitan Cabel of the Labor Party called the accusations “very serious,” saying they “indicate the systematic collection of testimonies against the IDF, against the state, against us.” 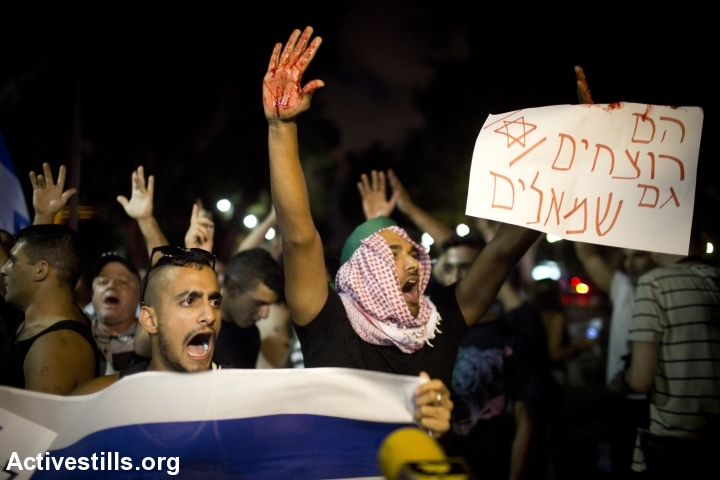 This is precisely how one of Israel’s most well-known left-wing organizations became a group of traitors — an “investigative report” whose materials were provided by a far-right organization, which was broadcasted by a complacent media and then exploited by politicians.

Ad Kan eventually submitted an official complaint against Breaking the Silence. The effort bore little fruit: in February 2017, Attorney Rachel Matar from the State Attorney’s Office published a letter stating that every single accusation by Channel 2 against Breaking the Silence was baseless, adding that she sees no reason to open a criminal investigation against the organization.

Ad Kan didn’t take kindly to the Matar’s position, and quickly appealed the decision with Attorney General Avichai Mendelblit. On Monday, Mendelblit announced that he, too, found no grounds for opening a criminal investigation against Breaking the Silence.

What’s the bottom line after three years of a hateful witch hunt against Breaking the Silence? Both the state attorney and the attorney general found the accusations unfounded. Fake news. And yet, one must wonder how many people even heard about their decision? How many primetime news broadcasts will lead with a report on Ad Kan’s failure to undermine Breaking the Silence?

And where are all the politicians who labeled the organization traitors, spies, and enemies of the state? How many people in positions of power will think twice before they blindly adopt whatever mud is slung at left-wing and human rights groups, especially during election season, when political capital and sensationalist headlines are the hottest commodity.