The incident is the latest in a long and growing list of attacks by settlers and Israeli security forces against journalists in the occupied territories.

The attack came after the three arrived in Hebron for a tour that was coordinated in advance with the police, after visiting the West Bank village of Susya. Tóibín’s tour is one of many recently organized by Breaking the Silence, which over the past months has been bringing world-renowned authors such as Mario Vargas Llosa, Michael Chabon, and Ayelet Waldman for tours of Israel and the occupied territories. The tours will culminate in a book slated for release next year marking 50 years since of Israeli occupation in the West Bank and Gaza.

Ziv told +972’s Hebrew sister-site Local Call that two settlers, one of whom was holding a bottle, began following him, Shaul, and Tóibín near the Cave of the Patriarchs, where they began threatening Shaul with the bottle and yelling “I will fuck you up” at him. When Ziv realized what was happening he immediately began taking photos. One of the settlers then kicked his camera, which fell and broke.

Two Border Policemen who were standing at a nearby checkpoint intervened and pushed back the two attackers, at which point one of the settlers kicked and broke another one of Ziv’s cameras. “We asked the officers to detain them or at the very least take down their information, yet they refused,” Ziv says. “Had they been Palestinians attacking Jews in Hebron, it would have ended very differently.” 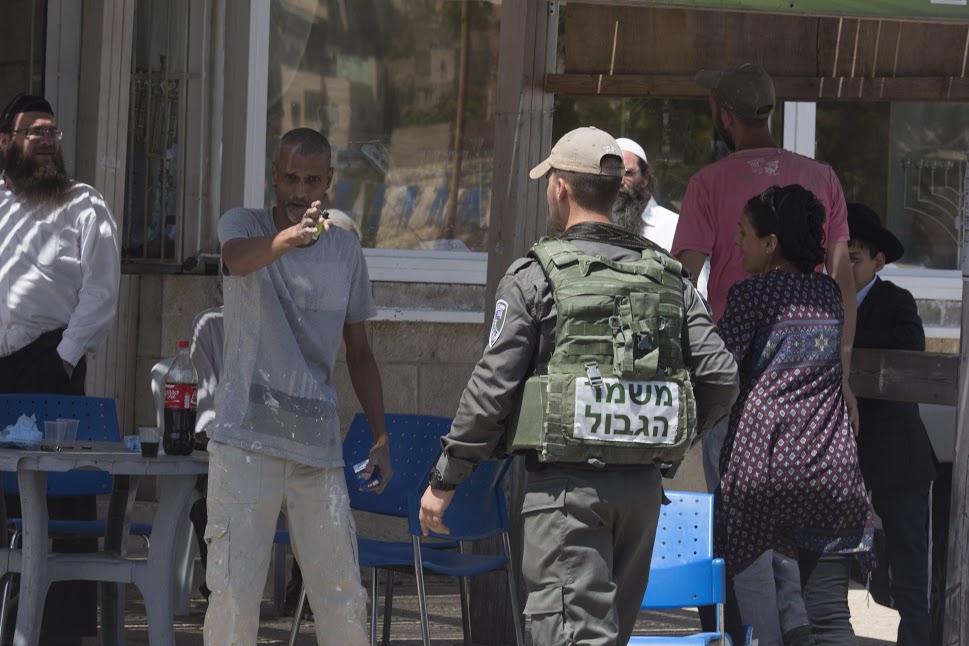 Additional policemen then arrived on the scene, yet they too refrained from detaining the attackers. The officers claimed they did not witness anything. Meanwhile the two settlers disappeared. The policemen were unwilling to accept Ziv’s testimony and told him he must file a complaint at the police station in the adjacent settlement of Kiryat Arba.

While filing the complaint is a matter of principle for Ziv, he has no expectations that the police will take it seriously. Not only do journalists and photojournalists working in the occupied territories suffer from a near-total lack of protection from the police, they are often subjected to violence by security forces themselves. According to a recent report by the Palestinian Center for Development and Media Freedoms, there were 407 attacks by Israeli security forces against journalists in 2015, including physical attacks (42 percent), preventing coverage, arrests, damage to equipment, using journalists as human shields, and more. These are not sporadic incidents, but rather an integral part of the daily reality of Palestinian journalists.

A request for comment was sent to the police. It will be published here as soon as it is received.