Tzipi Livni, who bid farewell to politics this week, won’t be Israel’s de Gaulle. She will not be the leader that shakes us out of our collective slumber. Today, it is difficult to imagine any other Israeli leader having the desire to even try. 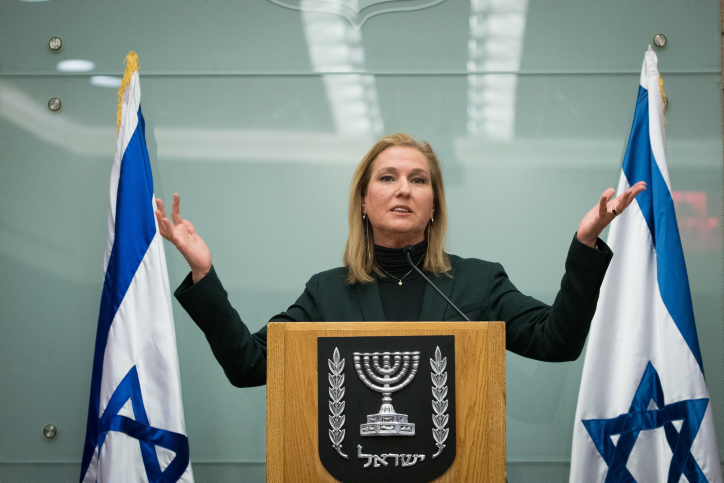 It’s strange to consider that a mere decade ago, Tzipi Livni and her Kadima party won the Israeli elections. Yet 10 years after Benjamin Netanyahu pushed her into the opposition back benches, Livni tearfully announced on Monday that she will not be running for the upcoming Knesset elections. Polls show her Hatnuah party wouldn’t make it past the election threshold and running anyway could potentially siphon votes from a center-left bloc that seeks to overthrow Netanyahu.

Following her resignation, Israel’s liberal commentators commended her undying commitment to a two-state solution to preserve Israel as “both Jewish and democratic.” But beyond the left-leaning intelligentsia, her resignation went on with little fanfare. At a time when the right’s twin policies of endless occupation and creeping annexation go entirely unchallenged, it is hardly surprising that few are rushing to write Livni’s requiem.

After all, in every election since 2009, Livni was a politician who, try as she might, simply couldn’t get things to go her way, jumping from party to party and forging puzzling alliances in an attempt to hold on to political relevancy. Yet when it came to what my colleague Dahlia Scheindlin calls doing the “politics of politics,” Livni failed time and time again.

Had things turned out differently, her life story would have been the stuff Hollywood kitsch is made of: born to right-wing parents who fought in the ranks of the Irgun terrorist group during the 1948 war, Livni went on to serve in the Mossad and become a member of Knesset on behalf of Likud. That is, until she realized the effect the occupation has on Israeli society, and particularly its threat to Israel’s ability to preserve a Jewish majority and still call itself a democracy.

One would be remiss, however, to view Livni’s departure from politics simply as a bookend to a storied political career. It is also a symbolic moment for a society that has neither a desire to talk about nor consider an end to its five decades of military control over millions of Palestinians. Ten years ago, when Livni was on a meteoric rise, she was part of the self-described political center, which set out to finish what Yitzhak Rabin began with Oslo in the 90s and “separate” from the Palestinians.

After Ariel Sharon, newly-rebranded as a centrist politician, was able to pull off the Gaza Disengagement in 2005, it seemed to many that a more comprehensive peace deal could just be around the corner. If anyone could do it, the thinking went, it was the former Likud hawks — like Sharon, Livni, and Olmert — who had had their moment of clarity.

Of course, none of that panned out. Livni, despite her popularity, was unable to form a government after Prime Minister Ehud Olmert was forced to step down in 2008, due to her opposition to what she viewed as blackmail by the ultra-Orthodox parties. Her critics from across the political spectrum would remember her inability to overcome those obstacles, her failure as lead negotiator in the last two rounds of talks with the Palestinians, in 2008 and 2014, and her constant attempts at searching for new political allies as a sign that while her ideological credentials were burnished, her ability to do the politics of politics was not. The hard right, of course, simply viewed her as betraying their cause. 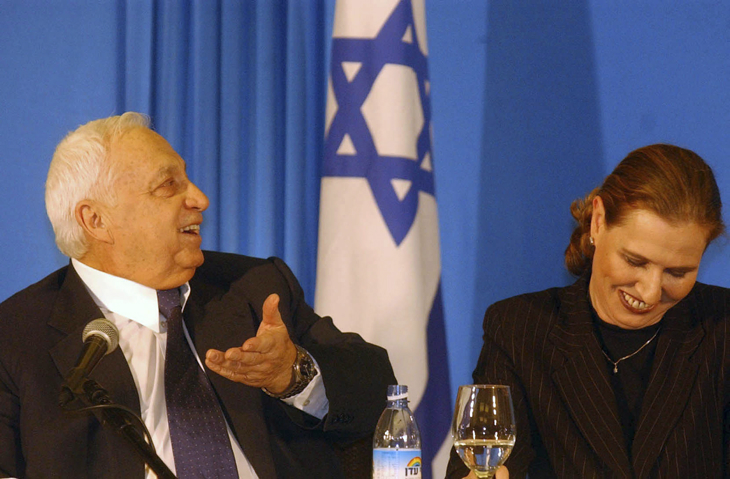 More than anything, however, Livni’s political demise ­­— and what appears to be the death of the separation paradigm — can be attributed to the Israeli public’s lurch to the right and the election of the most far-right, nationalist government in the country’s history. With a public generally apathetic, if not supportive, toward the occupation, there are fewer and fewer people willing to buy what Livni is peddling.

Without Livni, the upcoming Knesset will be almost entirely bereft of Jewish Israelis whose chief political aim is ending the occupation. Aside from Ofer Cassif, a member of the left-wing Jewish-Arab Hadash party, not a single Israeli Jew — including candidates from the Zionist left-wing Meretz party — is expected to use the plenum as a pulpit to demand Israel end its military dictatorship over the occupied territories and its siege on Gaza.

The center, focused almost exclusively on presenting itself as an opposition to Netanyahu, knows that the Palestinian issue has become the third rail of Israeli politics. Meanwhile the right supports various forms of annexation and preventing the establishment of any kind of viable Palestinian state in the West Bank. It’s unclear whether centrist frontrunners like Yair Lapid or former IDF Chief of Staff Benny Gantz could eventually take up Livni’s separation cause. For now, they have decided to remain quiet on the occupation.

The far-left has long accused Livni, among other things, of war crimes over her role in the 2008-2009 Gaza war and the 2006 Lebanon war, when she was foreign minister, and the demand that the Palestinian leadership explicitly recognize Israel as a “Jewish state.” Not only will the far-left be glad to see another fig leaf fade into political obscurity, it will be pleased that the idea of keeping Israel “Jewish and democratic” through separation — a concept premised on the racialization and segregation of Palestinians — can now be tossed into the dustbin of history. If Livni only wants to end Israeli rule over the occupied territories in order to uphold Jewish supremacy in Israel proper, then thanks but no thanks, they would say. Some centrists and more moderate leftists, on the other hand, are quite sorry she’s out for this very reason.

Ten years ago, the Israeli public could still imagine a two-state solution that precluded having to choose between a Jewish or a democratic state. But Tzipi Livni won’t be our de Gaulle. She will not be the one to shake us out of our collective slumber, and after she leaves, it is difficult to imagine any other Israeli leader having the desire to even try.