Only 16 percent of destroyed or severely damaged households have been made habitable, a new UN survey finds. 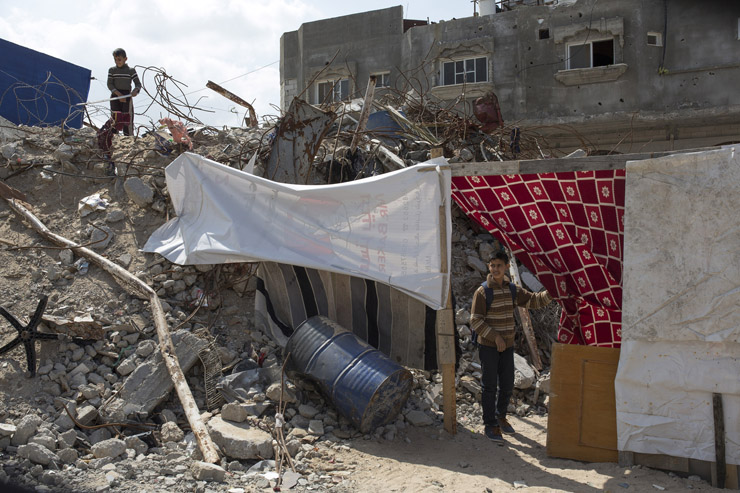 Children of the Abu Darouj family walk near the ruins of their destroyed home in the village of Zawaydeh, Gaza Strip, March 17, 2015. Five members of the family were killed during the 2014 war, including two children. (Anne Paq/Activestills.org)

Some 75,000 Palestinians, including an estimated 44,000 children, remain internally displaced in the Gaza Strip almost two years after the devastating war with Israel that killed over 2,000 people, according to a United Nations survey of the situation published Tuesday.

An estimated 18,000 housing units (16,965 households) in Gaza were either destroyed or severely damaged during the war. Only 3,000 of those housing units, or 16 percent, have since been rebuilt or otherwise rendered habitable, according to the UN’s Office for the Coordination of Humanitarian Affairs (OCHA).

Of the internally displaced households that owned their original residences, 62 percent are living in rented accommodations today. Do to the severe housing shortage, however, what people report as rented accommodations often include “store rooms, unfinished units, substandard apartments in relatives’ or neighbors’ buildings, or with extended families,” the UN report states. Another nearly quarter (23 percent) of those whom the OCHA survey considered internally displaced are living “in the rubble of their damaged homes.” Sixty-three percent of internally displaced households have not yet started repairing their damaged homes, and of those that did start, 61 percent were doing so with humanitarian grants and assistance.

Internally displaced Gazans are forced to deal with economic, food and housing insecurity, according to the survey, which found that 70 percent rely on humanitarian assistance for survival, and 87 percent had purchased food on credit in the past year. Fifty percent of internally displaced households said they fear being forced to leave their current places of residence. 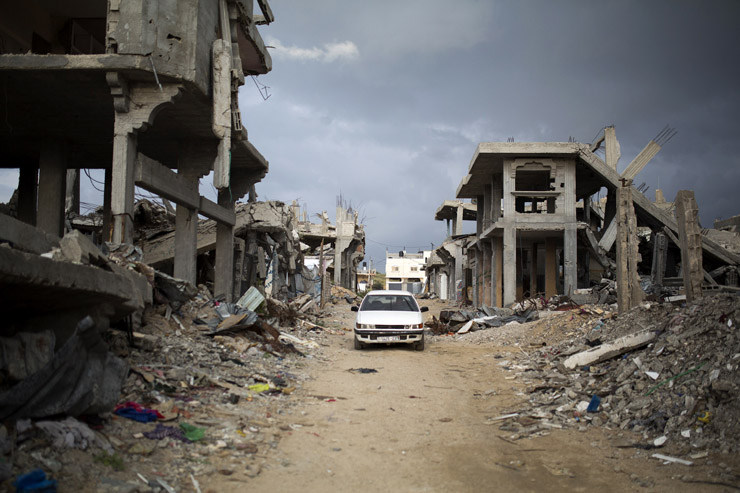 The OCHA report and other UN officials made sure to note, however, that just rebuilding the destroyed homes is not enough.

“We must secure peace and focus on building Gaza for the future,” UN Special Coordinator for the Middle East Peace Process Nickolay Mladenov told the Security Council earlier this year. “This means providing clean water and sufficient energy, creating jobs and a sustainable economy, restoring free movement for people and goods and, above all, ensuring integration between the West Bank and Gaza under a single democratic and legitimate Palestinian Authority.”

The OCHA report provided three prescriptions for moving forward: 1) Removing restrictions on importing building materials toward a full lifting of the blockade; 2) Reconciliation between rival Palestinian factions Fatah and Hamas in order to enable effective governance in Gaza; 3) International donor countries actually sending the donor funds they pledged for Gaza following the war. 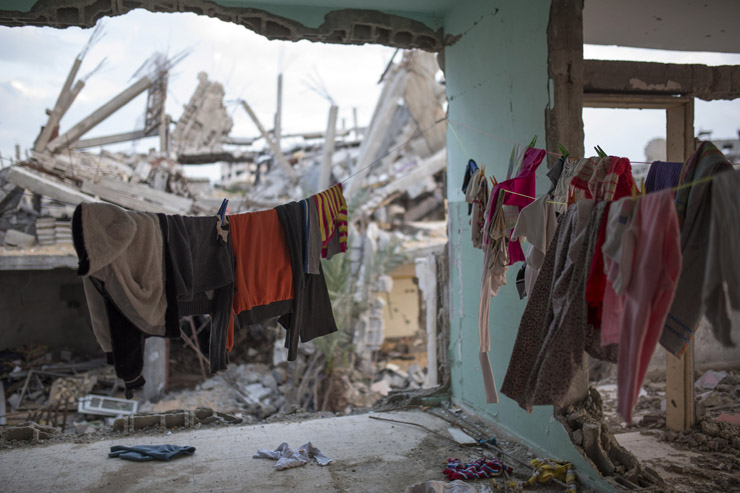 Clothes are hung in a half destroyed home in Al Tuffah, east of Gaza City, March 21, 2015. (Anne Paq/Activestills.org)