More occupation means demolishing more homes. It means more families who will wake up in the middle of the night. It means killing more Palestinian teenagers. Because we have the power, the weapons, and the law at our disposal. 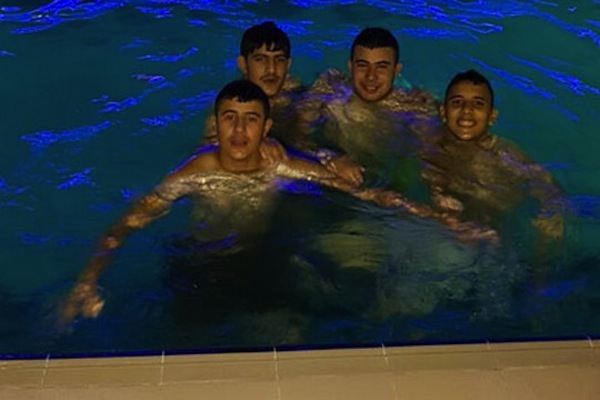 A few hours before Israeli President Reuven Rivlin told members of the EU Parliament that “the current diplomatic, political and regional conditions do not allow Israelis and Palestinians to reach a permanent peace agreement” a few weeks ago, Israeli soldiers shot and killed 15-year-old Mahmoud Badran. They also “mistakenly” wounded four of his friends, who had just come back from hanging out at a local water park. Why were they shot? There are many explanations. There are always many explanations.

And if the conditions do not allow, as our president says (a president who is to the left of the vast majority of the Israeli public) — what are we left with? If now is not the right time for peace, when is right time? If there is no partner, who is the right partner? If we must always be understood and not pressured — with all this, let’s put aside the talk of “direct negotiations” or “conditions.” Because after the mountains of empty words and lies, the significance is clear: more occupation.

More occupation means killing more Palestinian teenagers, since their blood is cheap and we have the power, the weapons, and the law at our disposal. More occupation means demolishing more homes and stealing more land. It means more families who will wake up in the middle of the night, more children who will grow up without running water or classrooms, more dispossession and violence — and all this with the rubber stamp of our legal system. The occupation is everything we are able to physically see: walls, soldiers, dead Palestinians. It is also everything we cannot: permits, residency that can be revoked at any time, different sets of laws for different populations, separate legal systems.

Whatever we can or cannot see — Mahmoud Badran no longer will.

The public discussion in Israel revolves around the question of how exactly we can continue the occupation. Should we do it by attempting to “improve the Palestinians’ economic situation” or should we step up their dispossession in the West Bank? Should we try and “improve trust between the two sides” or instead expel the majority of the Palestinian residents of East Jerusalem? Should we make “gestures” such as putting a temporary moratorium on home demolitions during the month of Ramadan, or should we continue with demolitions, as was the case in Wadi Ajheesh in the south Hebron Hills last week? Either way, Ramadan will end in a week, and we can go back to demolishing as usual.

We are all responsible for this reality. We who won’t bother to look at the photo of four Palestinian teens smiling in the pool. We who will never be interested in their story, who will never even see them as human beings who simply wanted to enjoy themselves on a hot summer night. Above is a photo of Mahmoud Badran and his friends in the pool, taken a few hours before his death. Look them in the eyes. At least today.

Hagai El-Ad is executive director of B’Tselem – the Israeli Information Center for Human Rights in the Occupied Territories. This article was first published in Hebrew on Local Call. Read it here.