Israeli snipers kill at least seven Palestinians, wound over 300 others during the eighth day of the ‘Gaza Return March.’  Protesters attempt to block soldiers’ line of sight by burning tires. 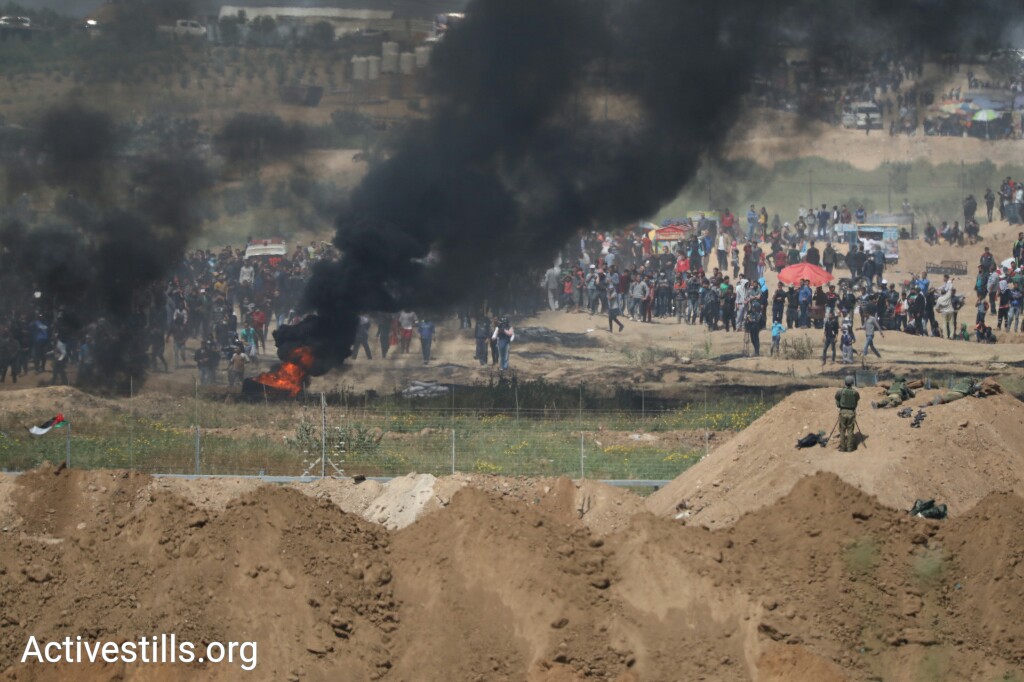 Israeli snipers shot dead at least six Palestinian protesters, including a 14-year-old boy, and wounded at least 300 others near the Gaza border fence with Israel on Friday during the eight day of the “Great Return March.”

The killings came as thousands of Palestinian protesters amassed at the border with Gaza at noon, burning large amounts of tires in order to provide protection from Israeli snipers and tanks. Israeli security forces shot both live fire and tear gas at the protesters, while fire trucks sprayed water at the burning tires on the other side of the border in an attempt to put out the fires.

In response to the killings, the Israeli military claimed that there had been several attempts made to damage and cross the security fence “under the cover of the smokescreen created by the burning tires that the rioters ignited.”

The number of protesters was smaller than the precious Friday, with the demonstrators spread out across five different locations along the border. Solidarity protests are slated to take place in Jaffa and Sakhnin this weekend.

While the Israeli army has portrayed the march as a violent provocation organized by Hamas, the march’s organizers have stressed that the march is an apolitical, non-violent protest against the unbearable living conditions in Gaza and demanding the Palestinian right of return. 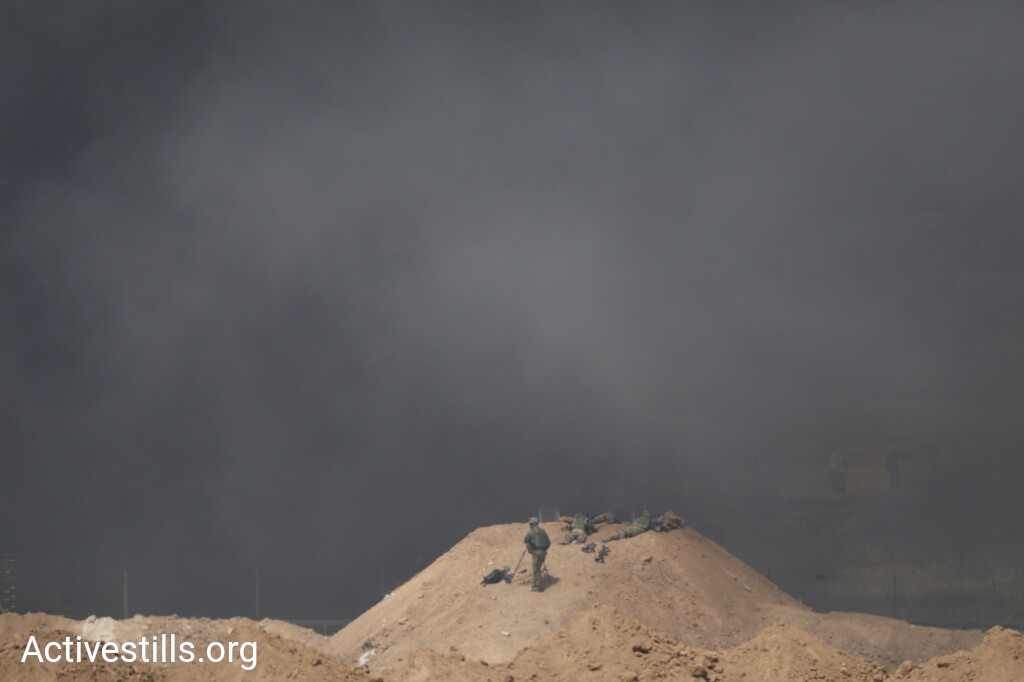 Friday’s demonstration comes a week after snipers gunned down 17 protesters on the border, and wounded hundreds of others. Despite international criticism and calls for an independent investigation into the killings, Israeli authorities have doubled down on the decision to use live fire against unarmed protesters — vowing to repeat the same tactics that led to so much bloodshed a week earlier. In a newspaper ad campaign published late this week, human rights group B’Tselem urged Israeli soldiers to refuse orders to open fire on protesters. 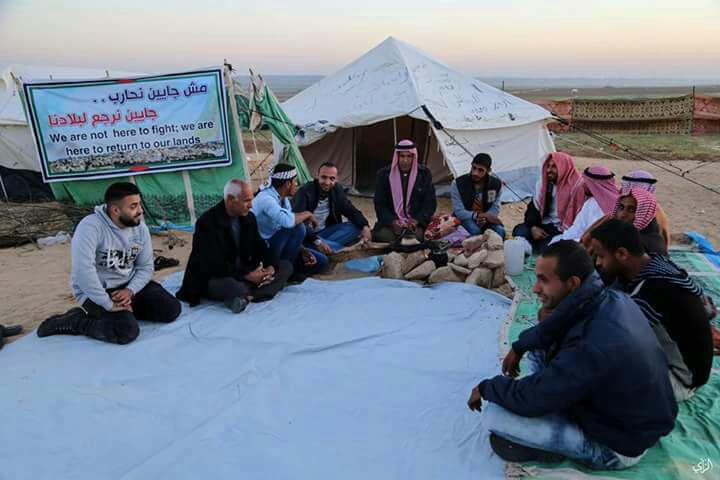 Palestinians sit in a tent encampment built to represent the various villages and towns that were destroyed during the Nakba in 1948.

Even before the march began, however, Israeli security forces launched a public campaign painting the ‘Great Return March’ as a violent, Hamas-sponsored event. The Israeli army’s chief of staff announced the deployment of 100 snipers and several infantry brigades to the area of the Gaza border fence. Israeli generals warned that there will be casualties, which turned out to be all too true.