What is it that is making Israeli leaders (Netanyahu and Barak among them), think tanks and pundits talk more about a ‘unilateral solution,’ and what would such a plan look like? Details below.

I published the following post on my Hebrew blog earlier this week. Yesterday, in an interview with Jeffrey Goldberg, Prime Minister Netanyahu said: “it’s true that the idea of taking unilateral steps is gaining ground, from the center-left to the center-right. Many Israelis are asking themselves if there are certain unilateral steps that could theoretically make sense.” While don’t I think that Netanyahu is planning such a move any more than he was aiming for a two-state solution, there is a larger context to the Israeli preference of unilateralism over diplomacy. Here is my take.

Ever since Hamas took over Gaza, unilateral withdrawal has become an extremely unpopular idea in Israel. Former Prime Minister Ehud Olmert used what was left of Prime Minister Sharon’s momentum in presenting his “disengagement plan,” but that pretty quickly turned into an “agreed-upon (negotiated) solution.” Olmert then went the furthest an Israeli prime minister ever has in peace talks, though even he fell short of a real two-state solution. The assumption was that any land evacuated by Israel would be taken over by Hamas. The international community wasn’t thrilled by the idea of Israeli unilateralism either;  the European Union and United States support the diplomatic process, and have invested considerable time and money in helping Palestinian President Mahmoud Abbas hold on to power.

In Israel, unilateralism has been denounced by the Right and the Left alike. The Right gave up the settlements in Gaza without a real fight, and ever since, it has been trying to prove that history will not repeat itself in the West Bank. The Israeli Left, meanwhile, has tried to defend the two-state model at any cost. For the Left, the reason things turned sour in Gaza was Israel’s unilateral withdrawal. If it wasn’t for the power vacuum created after the IDF and the settlers left, subsequent confrontations with Hamas could have been avoided, they say. The fact that Hamas won in democratic elections doesn’t support this theory, but that’s beside the point right now.

Following the collapse of the most recent round of peace talks, Israeli unilateral withdrawal is once again gaining popularity, especially among centrists and in the security establishment. It makes some sense: these are the same people who now blame the Palestinians for the talks’ failure; the idea of an “agreed-upon solution” makes little sense when you believe that you don’t have a partner in the first place. On the other hand, the pressure on Israel to do something is growing – at a painfully slow pace – and even if Israel doesn’t intend to leave the West Bank next week, or next year for that matter, a plan must be presented. 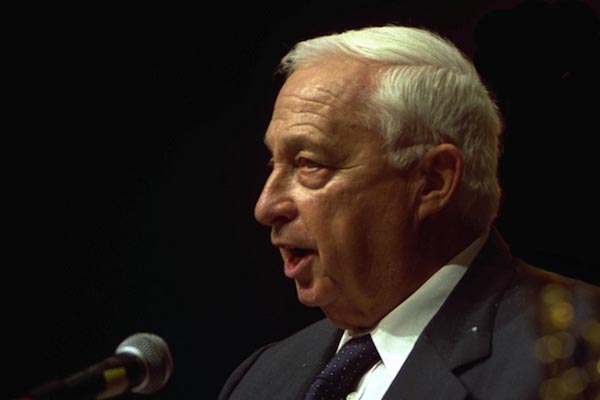 It is not that hard to figure out where the wind blows: former Prime Minister Ehud Barak said two years ago already that if negotiations with the Palestinians fail, Israel must act unilaterally in a way that would end the occupation. Around the same time, Gilad Sher (a former senior diplomat) spoke about “an agreed-upon unilateral withdrawal.”

In February, former spokesperson for Prime Minister Netanyahu and the head of The Institute for Zionist Strategies, Yoaz Hendel, began forming a plan for unilateral withdrawal along with an unnamed American partner. Also in February, Michael Oren, the former Israeli ambassador to Washington and a fellow at the influential conservative think tank, the Shalem Institute, spoke in favor of unilateral withdrawal if and when negotiations collapse.

But the center of gravity for this thinking is not on the right, but within the security establishment, which will always favor unilateral action over diplomacy, and which sees civilians, not generals, at the head of the process. The influential Institute for National Security Studies (INSS) now favors creating “a two-state reality” without Palestinian cooperation, but while “seeking out the support of the United States and major European countries.”

Even some of the more centrist peace groups are now moving from supporting the two-state solution to advocating unilateral withdrawal. Ami Ayalon’s Blue White Future, for example, is now all about unilateralism. Pundits are floating the idea, too. Ari Shavit recently called for a “long term” unilateral solution. Shavit is close to Ehud Barak and to a lesser degree, Netanyahu; with him it’s always difficult to separate the politicians’ spin from the journalist’s own thinking. But that’s not that important, either. The bottom line is that if the distance between the respective Israeli and the Palestinian leaderships continues to grow, and if the world continues to demand more accountability from Israel regarding its plans for the occupied territories, unilateralism will take over the heart of the political conversation. I assume that Israel’s success in containing the military challenges emanating from Gaza and southern Lebanon in recent years will also help absolve the unilateral solution in the eyes of many. 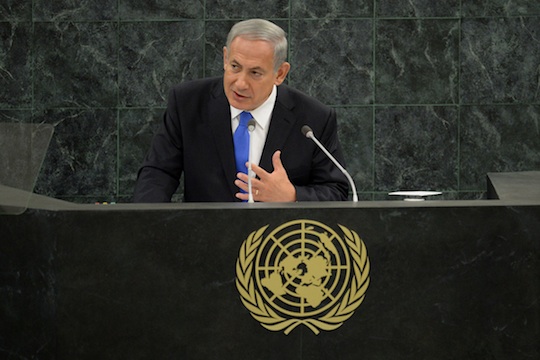 Netnayahu. Not planning a withdrawal more than he did a two-state solution, but even Bibi has his breaking point (Photo: Kobi Gideon / GPO)

What would a unilateral withdrawal look like, according to the people and organizations mentioned above? While there are some nuances between them, the basic framework looks the same.

According to these ideas, Israel would freeze settlement construction outside the major blocs and east of the security barrier. At the same time, it will begin taking steps for voluntary evacuation, mostly in the form of legislation allowing settlers to leave their homes in exchange for compensation. Later, some settlements will be dismantled and Israeli will gradually withdraw from 80-85 percent of the West Bank.

This solution will involve taking all the demands and trial balloons Netanyahu put forward during his negotiations with John Kerry’s team and making them into part of the plan: Israel will declare itself a Jewish state through Knesset legislation (which is already underway); the IDF will maintain its presence in the Jordan Valley and will enjoy the freedom to operate in the evacuated land, as Defense Minister Moshe Ya’alon demanded; East Jerusalem will remain in Israel’s hands; and no Palestinian refugees will be allowed to return. Israel will eat the cake – maintain maximum control over land and a minimum number of Palestinians within its territory – and be absolved of apartheid accusations in the eyes of most of the international community, though not the Palestinians.

I believe that this plan would fail on both fronts, but that is not what matters right now. As far as Israel’s actions in the West Bank are concerned, political interests are what drive the government’s actions.

Read Also: What does the Israeli Right’s one-state solution look like?

Unilateral withdrawal is currently far from gathering the critical mass necessary for implementation. Netanyahu refuses to implement a settlement freeze for the sake of final status negotiations, so how can he explain taking the same measure, without getting anything in return, and then going on to evacuation? It’s obvious that the first step in this direction will lead to the downfall of the government, and to elections.

But right now the talk of a unilateral solution isn’t meant to actually bring about a unilateral withdrawal, at least not any more than the Bar-Ilan speech was about forming a Palestinian state. But given some serious international pressure, what was once lip service could turn to an actual work plan. The center-left will play along, convincing itself that “something is better than nothing,” just like it supported – using the same argument – peace talks which were doomed to fail from day one.

The settlers might actually play along, too, as they did in Gaza. The pragmatists among them will prefer to sacrifice the settlements around Nablus and Hebron in order to keep East Jerusalem, Kedumin, Ariel, Ma’aleh Adumim and Beit El, which are all now, according to Israel, part of “the blocs.” The settler leadership is terrified by the thought of a showdown with the Israeli public, and in the moment of truth, I believe it might prefer to confront its own radicals at home rather than cut its ties with the establishment, which has put so much power in into the settlers’ hands.

Two of the sharpest political analysts – Uri Elitzur on the right and Yossi Beilin on the left – estimated in recent years that Netanyahu is so far from the Palestinian minimum demands that he will blow up the negotiations, but could then move on to unilateral withdrawal from 85 percent of the West Bank. Elitzur, who passed away this week, wrote as much in an op-ed last year; I heard the same from Beilin myself in 2010. So far, both had it right regarding the collapse of the talks. The only thing preventing the unilateral withdrawal idea from gaining more momentum is Netanyahu’s own personality, which is all about maintaining the status quo, and the lack of serious pressure on Israel from abroad. If such pressure comes, even Bibi will have his breaking point.

Finally, there is something about unilateralism that flatters the Israeli public. The mainstream is so hostile to the Palestinians, and politicians are so manipulative in playing this card, that you can actually get the public to prefer the same measures taken unilaterally as opposed to through a peace accord. The latter is always seen as “a concession” and a sign of “national weakness,” which is the kiss of death in Israeli politics. Except for a couple of decades – between the mid-70s and the mid-90s – unilateralism has always been the policy of choice for Israeli leaders, since it allows them to look powerful even as they betrayed their own ideologies.

Related:
What is the Israeli Right’s one-state vision?
After Kerry, only BDS may save the two-state solution