In their haste to unify Jewish youth in support of Israel, American Jewish institutions have bred an often unrecognized racism among the next generation of community leaders. 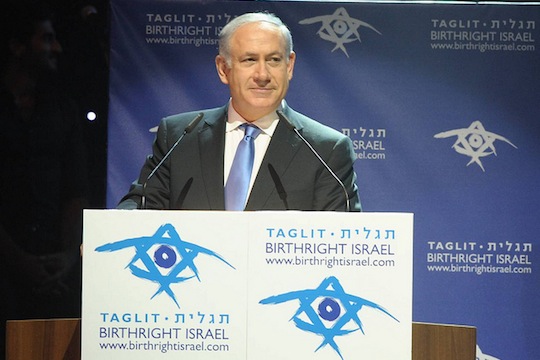 Demonstrations in the East Jerusalem neighborhood of Sheikh Jarrah have come alive again as of this past Friday, aiming to show solidarity with the Shamasneh family who have appealed the impending eviction from their home. Unbeknownst to many, the struggle in Sheikh Jarrah reaches far beyond the borders of Jerusalem. In fact, it affects ethnic tensions half a world away by influencing how American Jewish youth internalize the separation between “us” and “them.”

“I was just having a really hard time,” one Jewish student at UC Berkeley told me, speaking of her experience at a Sheikh Jarrah protest she was invited to attend while traveling through Israel. “It was the first time I’d ever talked to a real Palestinian,” she explained, “… [he] doesn’t want to kill me, he tells me he likes some Israelis, it was just crazy.” She would later explain to me that upon reflection, she was “raised, not explicitly but at least very implicitly, with racism towards Arabs, and Palestinians in particular.” I asked whether she meant that she had never explicitly said the words: “I hate Arabs.” “Frankly,” she admitted to my surprise, “I probably did say that.” The Palestinian man she encountered at Sheikh Jarrah was evidently not at all whom she was expecting, but the question remains – how did she imagine her first encounter with a Palestinian and where did this conception come from?

I found my answer in the summer of 2011, when I attended a Taglit-Birthright Israel trip with 39 other Jewish young adults – the vast majority of whom were receiving their first glimpse of the Middle East. Before we even boarded the plane, our Birthright staff were quick to explain that “Israel is a safe place but there are people that want to hurt Jews there so we have to be very careful.” The notion that we were endangered tacitly followed us throughout the trip, from the daily reminder of our security guard’s loaded rifle to the staff’s insistence that participants refrain from venturing into Jerusalem’s Muslim Quarter. “It is very dangerous,” we were told.

Israeli Prime Minister Benjamin Netanyahu emphasized similar perils to thousands of Jewish youth at the Taglit-Birthright mega event in January of this year. “It’s our job to wake up the world,” he proclaimed, “… the great danger to the world is not from Jews building in our ancestral capital in Jerusalem. It’s from nuclear weapons in Iran… It’s chemical weapons in Syria falling into the wrong hands.”  The message is straightforward – the enemy of our enemy is our friend. There are powerful antagonists seeking to do us harm – Bibi wants us to remember – and therefore Jews the world over must ignore divisive politics, such as the Judaization of East Jerusalem in Sheikh Jarrah, and instead unite against our common enemy.

The identity of that common enemy became abundantly clear to my Birthright cohort after we learned about the surprise war launched during the Yom Kippur holiday in 1973.  Overlooking the Syrian-Israeli border, our tour guide casually explained that what we have to understand is that “the Arab mentality has great propensity for revenge and holding grudges over long periods of time.” The desire to murder Jews was not a figment of the past, we were taught, but instead a horrific fact of our present time. “Fuck you, fucking Arabs!” one participant yelled across the border before we left.

As the trip went on, a publicly accepted animosity toward the local Palestinian population began germinating as participants internalized the division between “us” and “them.” On the way back from the Syrian border, for example, one staff member posed the following question to the group: “Where I live, if we had an Israeli flag on our car window it would get broken in by the end of the day. Who here would break the window of a car with a Palestinian flag on it?” He expected no response, yet was caught off-guard when two male participants raised their hands. He pressed them, “Really now, guys?” “Yep!” the two replied in unison. If there was any discomfort among the group at the time, it was kept silent. Nobody said a word.

A parallel racism was brewing on another trip to Israel, this time led by a Los Angeles Jewish day school. “It was the last day [of the trip],” one participant recounted, “we eat lunch at this air force base and a pilot brings us over some missiles that they’re going to use in training.” “So these missiles are going to be dropped on Lebanese Hezbollah villages,” he recalls the pilot saying, “here are some sharpies – write your messages.” And as if the destructive weaponry were a Bar-Mitzvah sign-in board, young Jews began etching their wishes for the recipients: “Arabs die,” “Nasrallah burn at the stake,” “Arabs should burn in hell.” When the participant raised his concern to the day school teachers leading the trip, he was told to “lighten up.” “I know that [the pilot] was kidding,” he explained to me in retrospect, “that these aren’t going to hit a Lebanese village… but the idea that they think it is fun for us to be doing this… I almost wanted to cry.”

Do these examples illustrate that all organized trips to Israel breed antagonism against Arabs? Not necessarily. Do they mean that we must overlook cases of Arab anti-Semitism and violence against Israelis? Not necessarily. What they do mean, however, is that in their haste to unify Jewish youth in support of Israel, American-Jewish institutions have (perhaps unwittingly) bred an often unrecognized racism among the next generation of community leaders. The demonstrations in Sheikh Jarrah spurred at least one student to come to terms with her own racism. We must all follow her lead. If we do not prioritize identifying and eradicating racism before it spirals beyond our control, the integrity of American Jewry in the coming years will quickly begin to crumble.